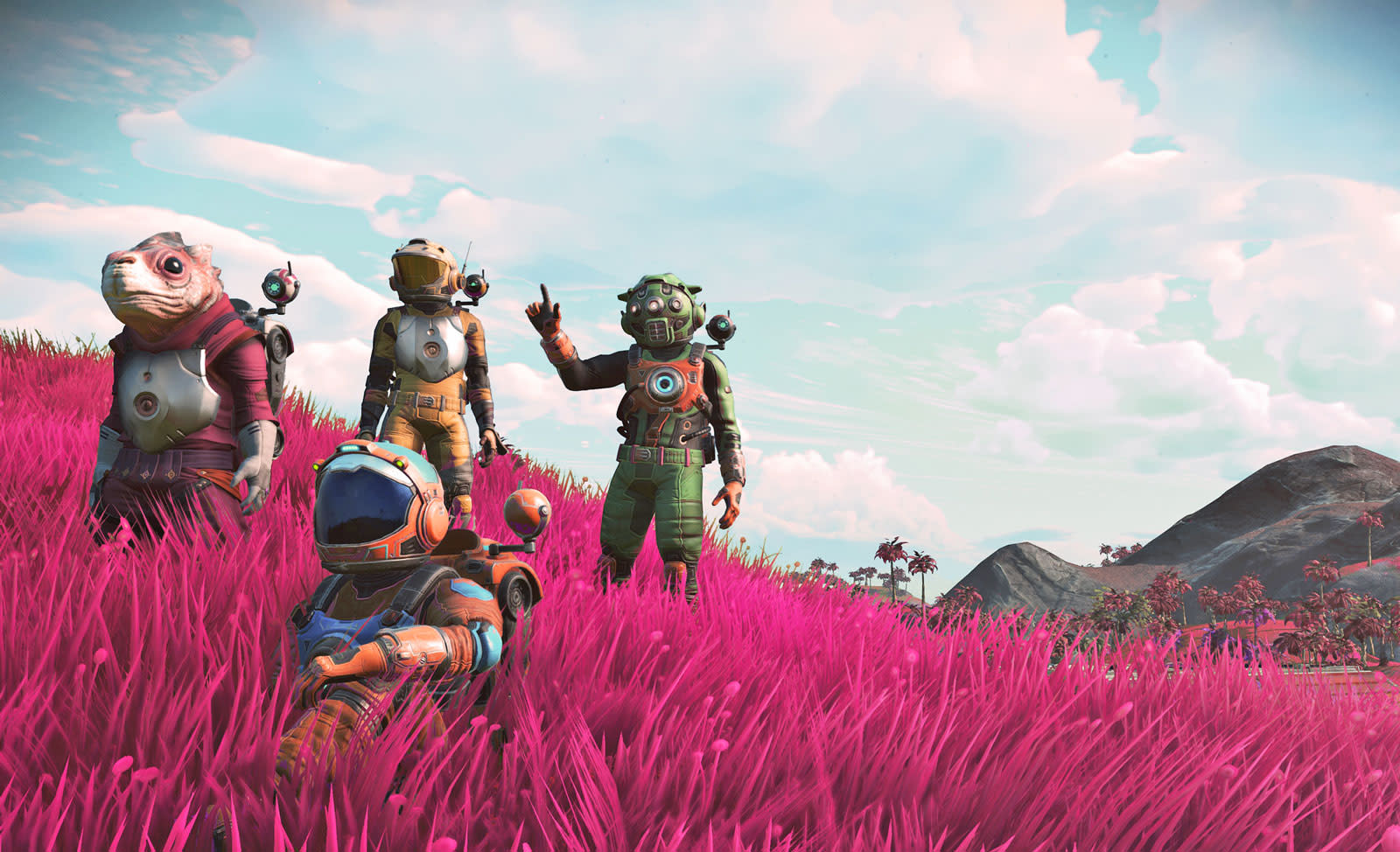 Today, the developer of space exploration game No Man's Sky, Hello Games, revealed more about the long-awaited update, called No Man's Sky Next, that will launch on July 24th. This massive upgrade will introduce plenty of new features to the game, including multiplayer, new playable perspectives (both first person and third person), unlimited base building and command freighters. You can see a trailer for the upgrade below.

In No Man's Sky Next's multiplayer, you can either team up with a small group of friends or you can choose to be paired with random players. You can engage in space battles, alien spaceship races and build colonies. The team has also spent time improving the graphics of the game. Visuals set in space and planetary terrain generation have been improved, with more detail added to ships, NPCs and buildings.

When it comes to bases, your options have expanded. Bases can be more complex and larger, and you have hundreds more base parts to choose from. You can also own multiple bases and build anywhere on a planet. Players can also now create and upgrade a fleet of freighters that can help you explore.

It's quite the overhaul. People have been waiting quite awhile for full fledged multiplayer to come to No Man's Sky, so this is certainly a long-awaited update. The game got basic multiplayer last year. No Man's Sky will also debut on the Xbox One the same day No Man's Sky Next comes out.

In this article: av, gaming, hellogames, nomanssky, playstation, sony
All products recommended by Engadget are selected by our editorial team, independent of our parent company. Some of our stories include affiliate links. If you buy something through one of these links, we may earn an affiliate commission.