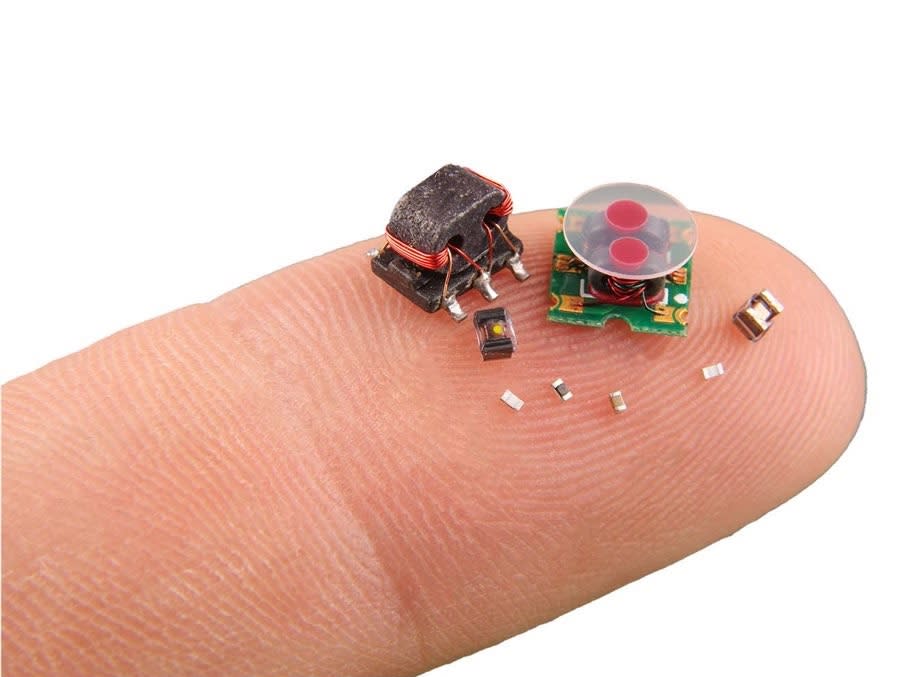 DARPA's efforts to propel military technology forward often manifest in a diverse fashion, spanning everything from drone submarine development to a biostasis program that aims to buy more time to rescue soldiers on the battlefield. The SHRIMP program, short for SHort-Range Independent Microrobotic Platforms, is another potentially life-saving initiative that is being designed to navigate through hazardous natural disaster zones.

What differentiates SHRIMP from microrobotics limited by SWaP (size, weight and power) constraints is its size. DARPA has managed to shrink the tech down to the size of an insect -- a scale of mm-to-cm. Program manager Dr. Ronald Polcawich says the smaller scale is what gives SHRIMP robots an advantage over larger robots -- which are too large to inspect damaged environments.

Downsizing robotics comes with various trade-offs, which notably include the loss of technical power and control to effectively carry out tasks. To combat such challenges, DARPA plans to pursue actuator materials and mechanisms that would prioritize factors like strength-to-weight ratio and maximum work density. Advances in these areas could equip SHRIMP with both the endurance and ability required to execute critical tasks.

The SHRIMP robots are part of DARPA's push to drive forward functional microrobotics that offer unrestricted mobility, dexterity, and maneuverability. They're set to undergo rigorous "Olympic-style" trials which will scrutinize SHRIMP's capacity to jump, lift increasingly larger masses, and traverse inclines and measure its overall efficacy. The tests are expected to begin in March 2019. DARPA says it anticipates a total of $32 million to help fund research and development.

In this article: darpa, gear, microrobotics, robots, shrimp
All products recommended by Engadget are selected by our editorial team, independent of our parent company. Some of our stories include affiliate links. If you buy something through one of these links, we may earn an affiliate commission.