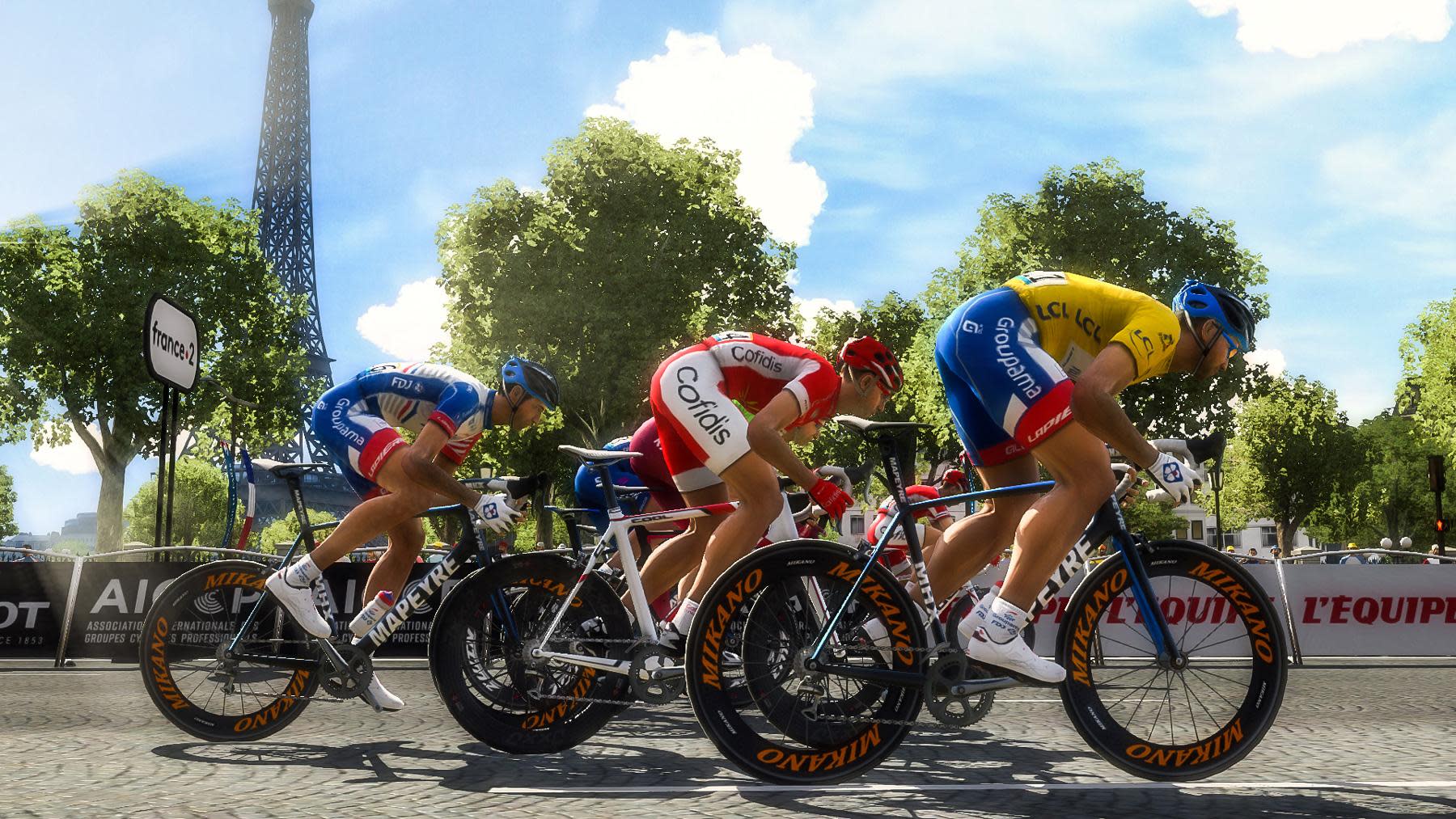 The official game captures some of the thrills and none of the spills.

The Tour de France is one of the toughest and -- in my opinion -- most exciting sporting events in the world. Every year, close to 200 riders saddle up and race across a 21-stage course that spans over 2,000 miles. Aside from the occasional rest day, it's a non-stop marathon that pushes competitors and their carbon bicycles to the limit. Lung-busting mountain climbs are punctuated with deadly descents and hard-fought sprints. Riders frequently crash, breaking bones and bending bike frames in the process. Only the fittest, smartest and luckiest athletes stand a chance of winning the tour's ultimate prize: the yellow jersey.

With this year's race in full swing, I recently decided to try the official video game. My hope was that titles based on so-called "niche" sports -- anything that EA or 2K doesn't publish, essentially -- had improved since the original PlayStation era. As an adolescent, I spent many afternoons sinking hours into terrible cricket and rugby games. (I stand by Jonah Lomu Rugby, however.) By now, surely the industry had moved forward and figured out a way, both economically and technically, to do these smaller sports justice? Not in the case of the Tour de France, unfortunately.

The biggest problem is the visuals. The game, quite simply, looks like it could have been built for PS3 hardware. The buildings are boxy and strangely immaculate, with zero signs of aging or that anyone actually lives in them. I noticed six or so designs that are repeated every 30 kilometers with minor alterations (one might have a TV aerial at the back, for instance, or an extra skylight on the roof). The spectators, meanwhile, have a limited number of animations and slide back robotically if your bike gets too close.

The cyclists are as bad as the set dressing. From a distance, they look accurate enough, with colorful jerseys and appropriately lean, muscular physiques. But take a closer look and you'll notice that they're all eerily similar. Every rider has the same face, for instance, with negligible changes in height, body mass or skin tone. That's a problem given the growing diversity of the tour -- Colombian climber Nairo Quintana, for instance, looks nothing like British hopeful Geraint Thomas or Italian star Vincenzo Nibali. During each stage, then, it's impossible to tell which rider is sneaking past you without consulting the game's on-screen name labels.

With almost 200 riders on the Tour, I didn't expect the game to meticulously recreate everyone. The best and most prolific riders, though, should be recognizable in my opinion. The electric sprinter Marcel Kittel, for example, and the current champion Chris Froome. It's these personalities, after all, that people want to embody and compete against.

The cyclists are as bad as the set dressing.

The bikes, too, are underwhelming. For many, the joy of cycling is comparing frames, pedals and gear-shifters. Few can afford a top-level bike, so the Tour is a way to see their dream hardware in action. Watch any stage and you can expect to see a flurry of gear from Trek, Pinarello and Specialized rushing by. In the official video game, though? Everyone is riding the same bike frame (if it's based on a real manufacturer, I don't recognize it) with different accent colors. The only real point of differentiation is the tires, which sport different brands on the inner tube.

The basic gameplay, thankfully, is better than the bland presentation. You have two meters, blue and red, which represent your rider's overall stamina and attacking capability. A circular gauge, similar to a speedometer, shows how much effort you're putting in. Increase your effort and you'll hit the blue marker, which slowly drains the corresponding meter over the course of the stage. Press the pedal button (R2 on the PS4) harder, or tap the attack button, and you'll burn through both your blue and red energy. The challenge, therefore, is micro-managing your stamina to finish the race in the best position possible.

It's an eloquent system that mirrors the strategy and energy-sapping pain of the tour. Most stages take roughly 45 minutes (there's an option to fast-forward or skip the stage entirely) and there's a real sense of accomplishment when you time a sprint to perfection or reel in a breakaway group over several miles. Holding the pedal button can be a chore, so the game offers a "follow" mechanic that lets you stick to the back tire of another rider. There's also an effort mode that means your rider will maintain the same speed unless you tap one of the bumper buttons.

Hit square or B to follow the cyclist in front of you.

Still, races can be boring. The intermediate sprints and climbs are fun, if you want to win points and claim their respective green and polka dot jerseys. But there are long stretches when little is happening. I could have pressed fast-forward, of course, but that would have made the experience less authentic. Like a good Japanese role-playing game, I wanted that sense of adventure that comes from spending countless hours on the road.

There are long stretches when little is happening.

The problem, I realized, is that the stages lack a sense of unpredictability. It's impossible to crash, for instance. You can fly into a barrier at 70MPH and nothing will happen. Similarly, it's impossible to clip another cyclist's wheel and cause a mass pile-up in the main 'peloton' pack. You can't hit an overly eager bystander on the road either (something that used to happen a lot in the tour). These crashes, and the unfortunate injuries that follow, are an integral part of the competition and ensure no rider is guaranteed victory, regardless of their lead on the stage or in the overall standings.

No punctures or misplaced water bottles. None of the small, unpredictable elements that make the Tour de France so difficult to complete.

Some of this, I suspect, would be tricky to implement in a video game. Who wants to spend an hour summiting Alpe d'Huez, only to tumble from a bottle thrown by an angry spectator? It would feel worse than a blue shell in Mario Kart 8 Deluxe. Maybe it wouldn't be so bad, though, if a support car quickly appeared and repaired your bike after a short delay. Regardless, Cyanide Studios needs to contemplate these scenarios -- alongside the game's lackluster presentation -- if it wants more players to pick up its software next year. Casual and hardcore cycling fans deserve better.