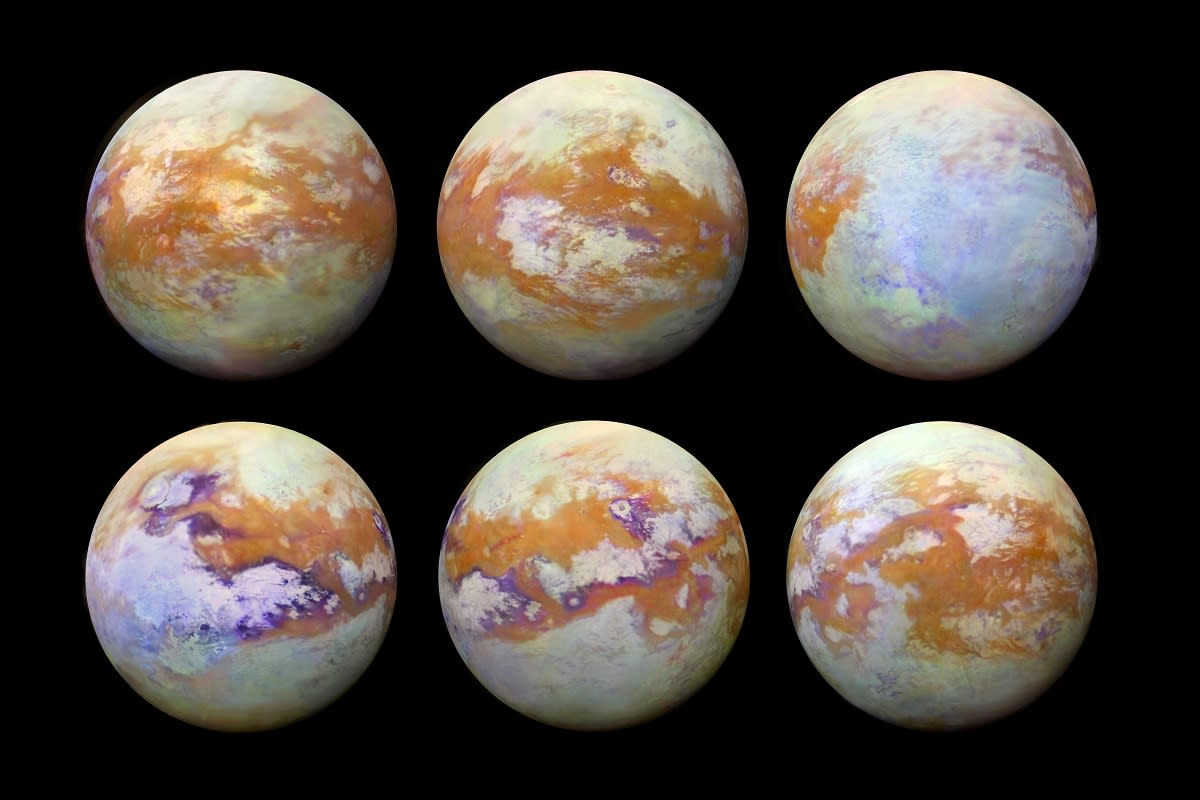 Photos of Saturn's largest moon, Titan, have typically captured the muted, apricot tones of its nitrogen-rich atmosphere. But thanks to more than a decade of data gathered by the Cassini spacecraft, new photographs of an atmosphere-free Titan can show us the mesmerizing beauty of its surface.

To capture the photos, The Cassini team used a Visible Infrared Mapping Spectrometer (VIMS) which was able to peek through Titan's haze. The generated images -- which come from several observations under different lighting and viewing conditions throughout Cassini's $3.2 billion mission -- show a near-seamless depiction of the moon's icy exterior. Its slimy methane seas and windswept dunes are on full display in what NASA says is the "best representation" of Titan we'll see for a long while.

The Cassini spacecraft was born to die from the beginning -- operators crashed it into Saturn's center to ensure stray debris wouldn't litter the planet's assembly of moons, but not before learning some valuable information. For us, the most pertinent was the discovery that Titans' liquid methane lakes contained something that could potentially sustain life -- vinyl cyanide. Scientists believe it would be a good alternative to the phospholipids that form cell membranes, but NASA's current pictures still aren't enough to inspect the biochemistry further, or determine whether Titan's -290 °F climate is hiding living organisms. However, if NASA's Dragonfly mission gets the greenlight, that could change.

In this article: cassini, cassinispacecraft, moon, nasa, saturn, space, titan, tomorrow
All products recommended by Engadget are selected by our editorial team, independent of our parent company. Some of our stories include affiliate links. If you buy something through one of these links, we may earn an affiliate commission.