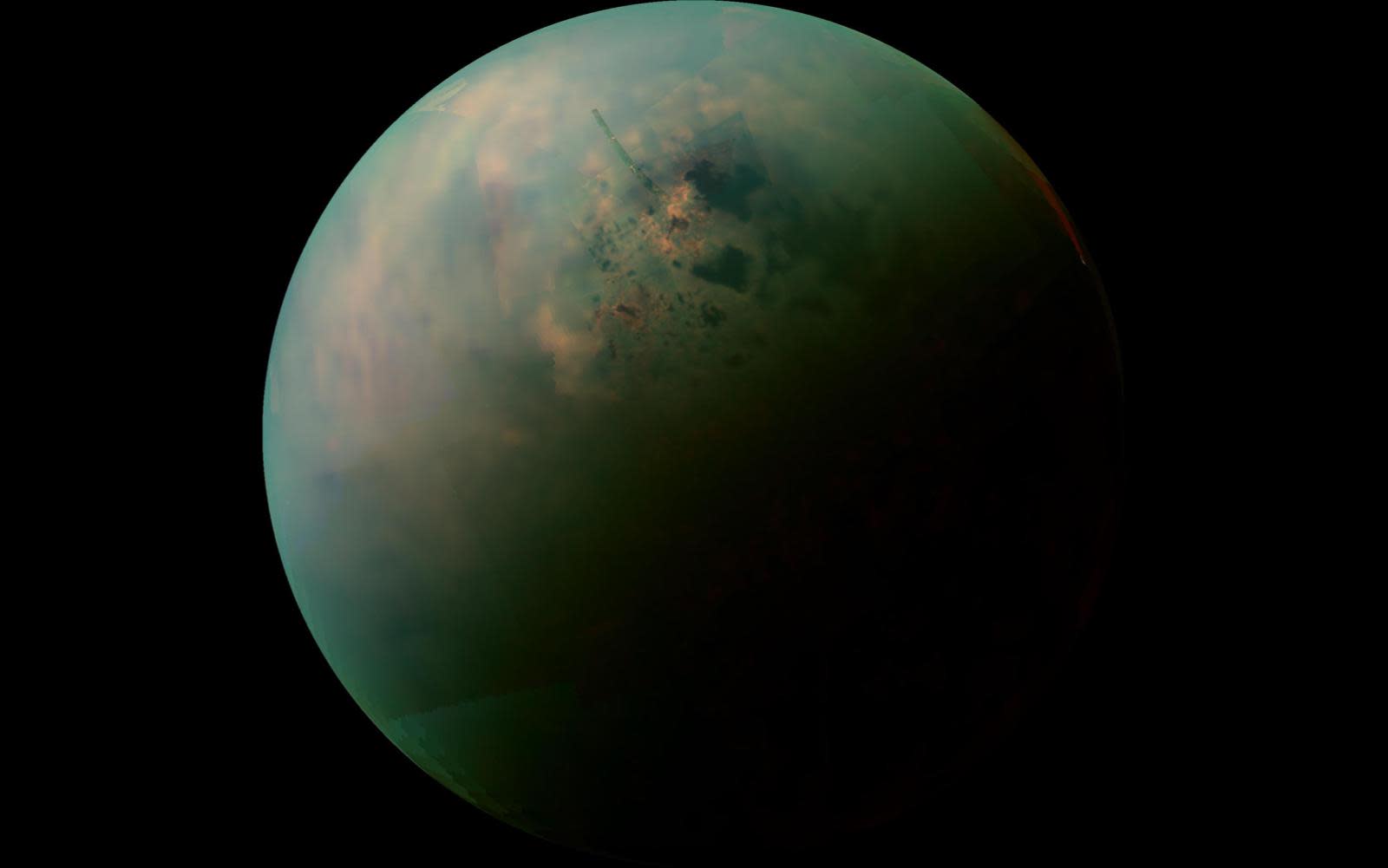 In a new study published today in Science Advances, researchers report that they've found a complex molecule in the atmosphere of Saturn's moon Titan that could lead to the formation of life. Cell membranes are the outer barrier of most cells found on Earth and they, or structures like them, are crucial for life to form. And while Titan is quite different from our planet, it's thought that this molecule -- vinyl cyanide -- is one that could potentially form cell membranes in the Titan environment.

On Earth, cell membranes are made up of lipids, fatty molecules that require liquid water. Titan, however, is extremely cold, which means lipids can't form. But while it doesn't have liquid water, Titan does have lakes of liquid methane, which along with vinyl cyanide, could foster the development of those essential cell membranes.

NASA's Cassini probe found evidence of vinyl cyanide on Titan, but wasn't able to provide any conclusive measurements. In this study, however, researchers used data collected from the Atacama Large Millimeter Array in Chile and found quite a lot of the molecule in Titan's atmosphere, and because methane on Titan likely circulates like water on Earth, periodically raining down from the Titan skies, there's a good chance that there's also vinyl cyanide hanging out in the moon's methane lakes.

We don't yet know if there actually are cell membrane-like structures forming on Titan and we certainly don't have any evidence yet that there's any sort of life on the moon. But it definitely means we should keep studying Titan. "This is a far cry from saying [life] definitely happens on Titan and these cells are involved in some kind of primitive life," Martin Cordiner, an author of the study, told The Verge. "But it gives us a starting point in that discussion. If there was going to be life in Titan's oceans, then it's plausible vinyl cyanide could be a component of that."