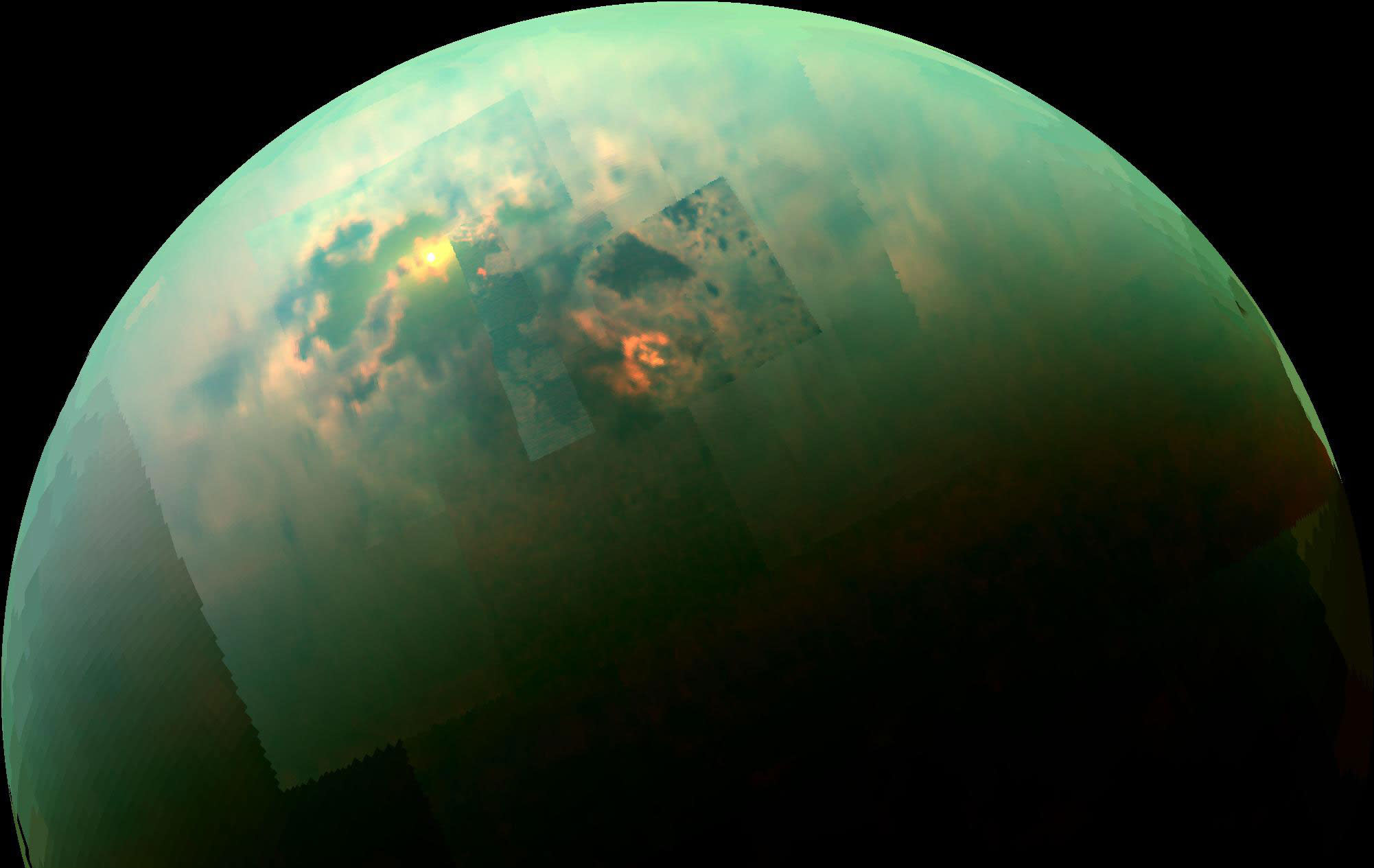 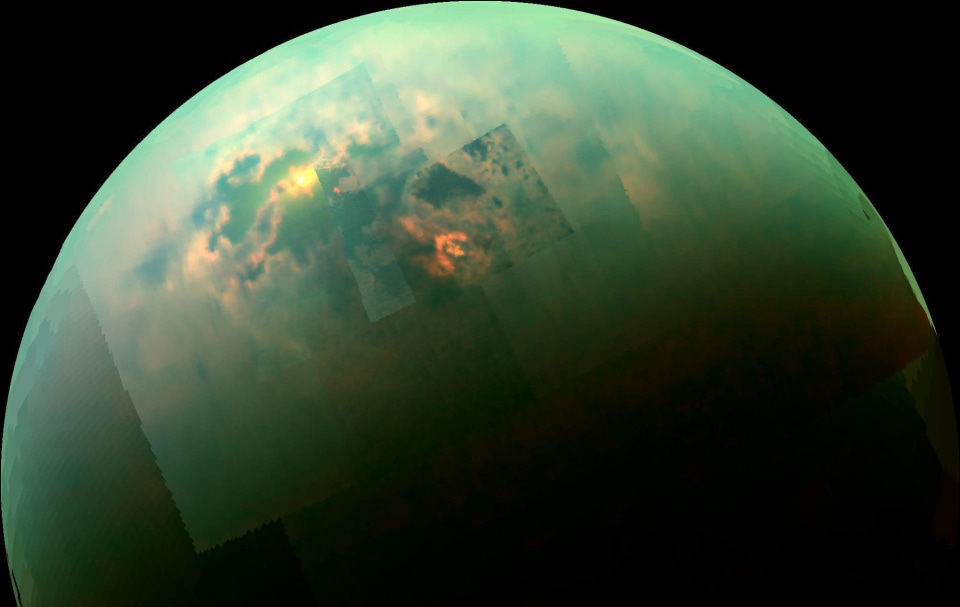 As Cassini makes the final rounds of Saturn on its roughly 20-year mission, the spacecraft has maneuvered into position over Titan to explore Ligeia Mare, the second-largest methane sea on the planet's largest moon.

While Cassini has flown over Ligeia Mare before, the latest study from a French research team published in the Journal of Geophysical Research: Planets confirms what earlier passes suggested back in 2014: that "this sea is predominantly made of pure methane." Combining this data with earlier radar probes of the sea's depth, the French team concluded that the sea is likely fed by "fresh methane rainfall" and its sea floor is "covered by a sludge layer of organic-rich compounds."

In the atmosphere of Titan, nitrogen and methane react to produce a wide variety of organic materials. Scientists believe the heaviest materials fall to the surface. [Study author Alice] Le Gall and colleagues think that when these compounds reach the sea, either by directly falling from the air, via rain or through Titan's rivers, some are dissolved in the liquid methane. The insoluble compounds, such as nitriles and benzene, sink to the sea floor.

Ligeia Mare is about the size of Lake Michigan and Lake Huron combined, and those radar probes from 2013 created a detailed topographic map of Titan that marked the first time the human race ever found the bottom of an extraterrestrial sea. "It's a marvelous feat of exploration that we're doing extraterrestrial oceanography on an alien moon," Steve Wall, the deputy radar lead for Cassini at NASA/JPL explained. "Titan just won't stop surprising us."

Those radar probes also made for a nifty 3D-rendered flyby of the moon's surface. Observe:

Cassini itself has about 40 more laps around Saturn on its 2016-2017 farewell tour. After spending roughly half that time exploring Titan, Cassini will move into position inside the planet's innermost rings, before it eventually burns up in the planet's atmosphere around September 15th, 2017. Meanwhile, Cassini's little buddy, the ESA's Huygens lander, was left behind on Titan back in 2005. The probe managed to send back data for about 90 minutes after making the most distant landing ever achieved.
In this article: cassini, CassiniSpacecraft, esa, NASA, saturn, science, titan
All products recommended by Engadget are selected by our editorial team, independent of our parent company. Some of our stories include affiliate links. If you buy something through one of these links, we may earn an affiliate commission.