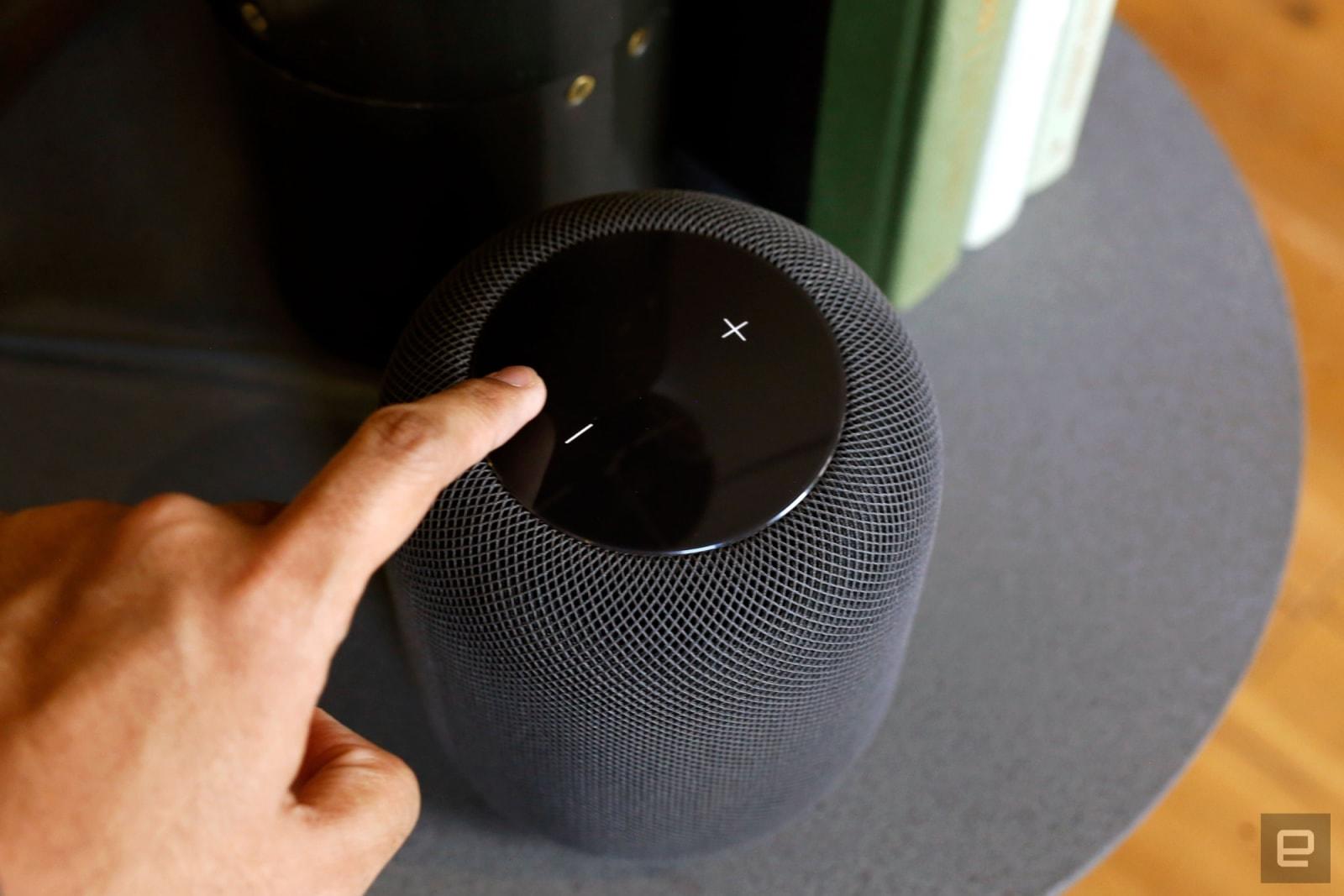 While Apple was quiet about HomePod updates at WWDC, that doesn't mean it's twiddling its thumbs -- its staff are privately testing pre-release software. And now, we might know what that software entails. French site iGeneration claims to have details of the HomePod's iOS 12-based beta, and it could address a laundry list of feature requests for Apple's smart speaker. Most notably, it would include native phone call support. Instead of having to start the call on your iPhone and switch audio inputs, you could both place and receive calls through the HomePod. Your smartphone would just supply the cellular connection. This wouldn't be a new concept by a long shot, but it'd be extremely helpful if you'd rather not stay within earshot of your iPhone's modest speakers.

The beta reportedly addresses a relatively small but important demand: multiple timers. As with Amazon and Google, you could set one timer for the veggies cooking on the stove and another for the roast in the oven. Other additions would include a HomePod version of Find My iPhone, Spanish language support and a "fix WiFi" feature that makes the HomePod connect to your iPhone's network when there's a mismatch (you previously had to reset the HomePod to solve this).

There's no guarantee that these features will make the cut for Apple's customary round of fall software updates, assuming they make the cut at all. It took Apple months to bring multi-speaker stereo and AirPlay 2 to the HomePod despite promising both in 2017. And these still wouldn't address some of the larger gripes with the HomePod, such as its lack of multi-user voice recognition. If this proves accurate, though, the HomePod would be an easier sell to people who want more than a souped-up music player.

In this article: apple, av, gear, homepod, internet, ios12, siri, smartspeaker, voiceassistant
All products recommended by Engadget are selected by our editorial team, independent of our parent company. Some of our stories include affiliate links. If you buy something through one of these links, we may earn an affiliate commission.