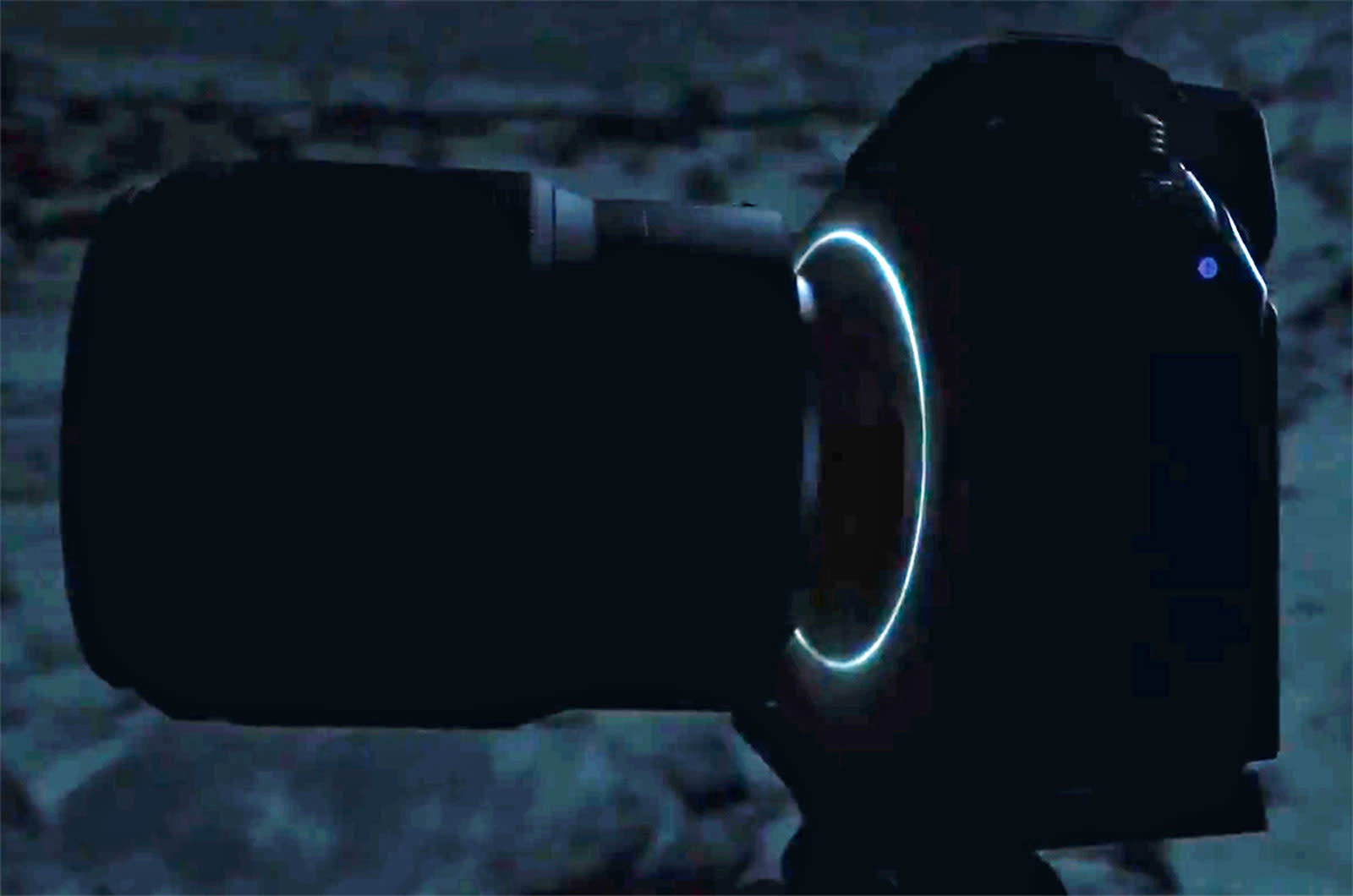 If you thought Nikon was going to introduce its first full-frame mirrorless cameras without some fanfare, you had another thing coming. Nikon has posted a teaser video and "In Pursuit of Light" campaign website that might just hint at what its first pro-oriented mirrorless cams will look like. Provided the brief view is representative, it backs up a number of rumors, including the large mounting format (which could support super-bright f/0.95 lenses), an electronic viewfinder and a more ergonomic design. The lineup could be public as soon as July 23rd, so you may see much more in the near future.

To recap, Nikon is reportedly working on two models aimed at pro photographers who'd otherwise be tempted by a Sony A9 or A7 III. The flagship would pack 45 or 48 megapixels, while a step down would include 'just' 24 to 25 megapixels. You'd have a high-resolution 3.6-megapixel electronic viewfinder for composing shots. You could also expect many of the creature comforts associated with modern high-end cameras, such as 5-axis in-body image stabilization, more than 400 autofocusing points and 4K video.

Whether or not Nikon succeeds is up in the air. The pricing would be competitive at roughly $4,000 for the 48-megapixel model with a kit lens and $2,400 for its 25-megapixel counterpart, but the aftermarket lens selection may be slim at first. You'd see a standard 24-70mm f/4 zoom lens as well as fixed 35mm and 50mm options, and... that's it. Telephoto, macro and other more specialized lenses would be in the works, but would have to wait. And that's a bit risky. While Sony was criticized for having few lenses when its first mirrorless cameras arrived, it now has a fairly robust ecosystem that accommodates most shooting demands. While Nikon's rumored hardware is still leaps and bounds above the ill-fated 1 series cameras, it may be some time before you see full-time photographers switching to this system.

In this article: cameras, full-frame, fullframe, gear, mirrorless, mirrorlesscamera, nikon, photography, video
All products recommended by Engadget are selected by our editorial team, independent of our parent company. Some of our stories include affiliate links. If you buy something through one of these links, we may earn an affiliate commission.