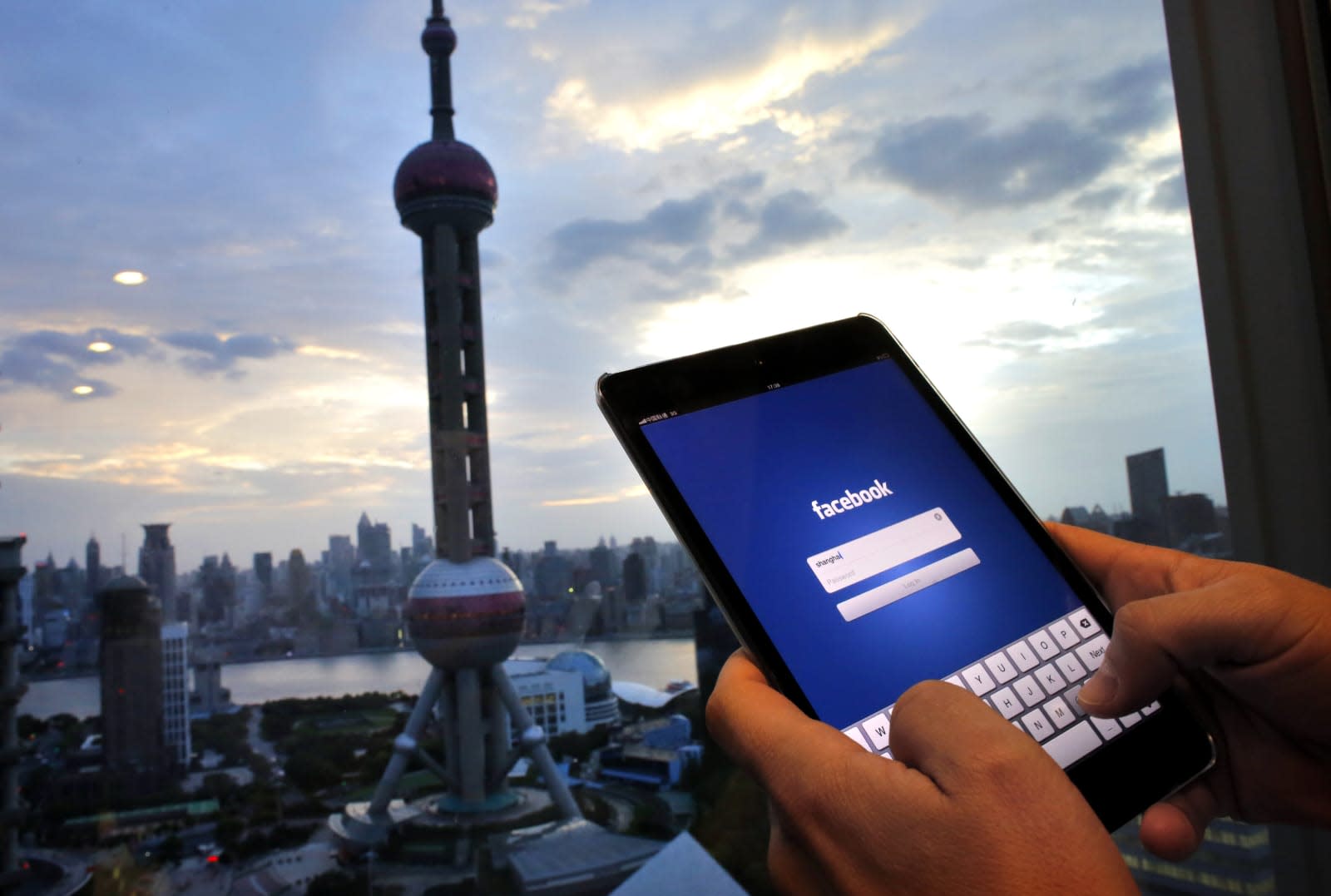 After years of trying and failing to get its social network unblocked in China (where it has been unavailable since 2009), Facebook is trying a different approach to make inroads into the vast market. It has opened a startup incubator in Hangzhou, the Washington Post reported.

The subsidiary, Lianshu Science & Technology, has $30 million of registered capital, and it will advise small businesses and make minor investments, according to records. The literal translation of Lianshu is "face" and "book," while Facebook's Hong Kong branch owns all of the company's shares. Facebook told the Post only that it is "interested in setting up an innovation hub in Zhejiang," which would follow similar efforts in France, Brazil, India and Korea. Hangzhou is the capital of Zhejiang province.

Facebook has unsuccessfully attempted for years to open an office in mainland China. It explored office space options in Shanghai last year and actually had a permit for a Beijing office in 2015, but nothing came of either effort. That said, Facebook's VR company Oculus has an office in Shanghai.

Chinese authorities are said to favor the country's own social networks, such as WeChat and Sina Weibo, which is one reason why it's been difficult for Facebook to set up shop there. Facebook last year quietly launched a photo-sharing app called Colorful Balloons in the country -- it was essentially the same as the Moments app. However, the app failed to gain traction, putting paid to Facebook's reported hopes of learning how Chinese residents use social media.

In this article: business, china, facebook, gear, greatfirewall, incubator, startupincubator
All products recommended by Engadget are selected by our editorial team, independent of our parent company. Some of our stories include affiliate links. If you buy something through one of these links, we may earn an affiliate commission.