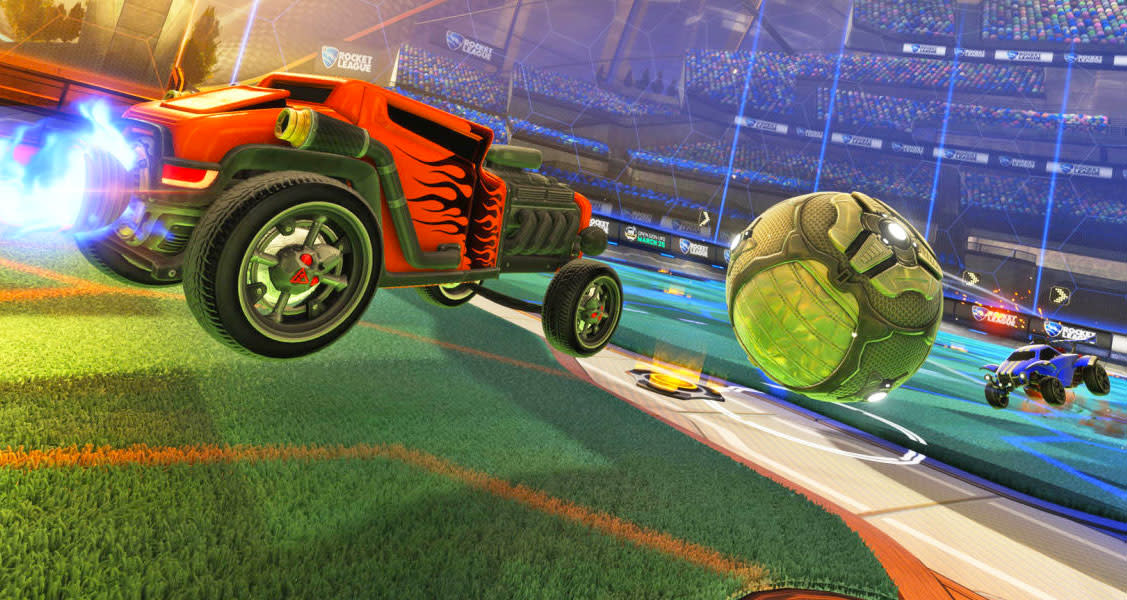 In a bit of further clarification, the developer divulged how the soccer-with-cars game determines what items show up in the loot crates you're unlocking. "The system first determines what rarity level to choose from based on the percentages listed above. Next the system determines which item within that rarity group is dropped.

"If you're receiving an Import-level customization item from the Impact Crate, for example, each of the three Import items in the Impact Crate have an equal chance of dropping. Finally, the system determines if the item will drop with painted and/or certified attributes."

In a vacuum, this is welcome news. But when you take a step back and consider the broader context, that's where it gets interesting. EA has come under fire for its loot box system (specifically in Star Wars Battlefront II and Need for Speed Payback). On an investor's call earlier this year, the company declared that all loot crates were gambling, but because people were aware of the odds of getting a specific player up front in FIFA's Ultimate Team mode, those definitely weren't gambling.

The company currently gives a broad idea of what you'll get in each pack (you're guaranteed one rare card per gold pack, for example), but now it too will disclose the exact odds starting with FIFA 19. Hell, even Eastern gacha games like Fire Emblem Heroes disclose the probability of each drop before you spend any money. This is something plenty of games still don't do, most notably, Blizzard's hero-shooter/esport/cosmetic-skin selling scheme Overwatch.

As pressure from regulators continues, though, expect that to change in short order. Or, when fans start complaining about it -- after all, that's what got EA into this mess anyway.

In this article: business, gaming, lootbox, lootboxes, lootcrate, nintendoswitch, pcgaming, playstation4, ps4, psyonix, rocketleague, steam, switch, windows10, xbox, xboxone
All products recommended by Engadget are selected by our editorial team, independent of our parent company. Some of our stories include affiliate links. If you buy something through one of these links, we may earn an affiliate commission.