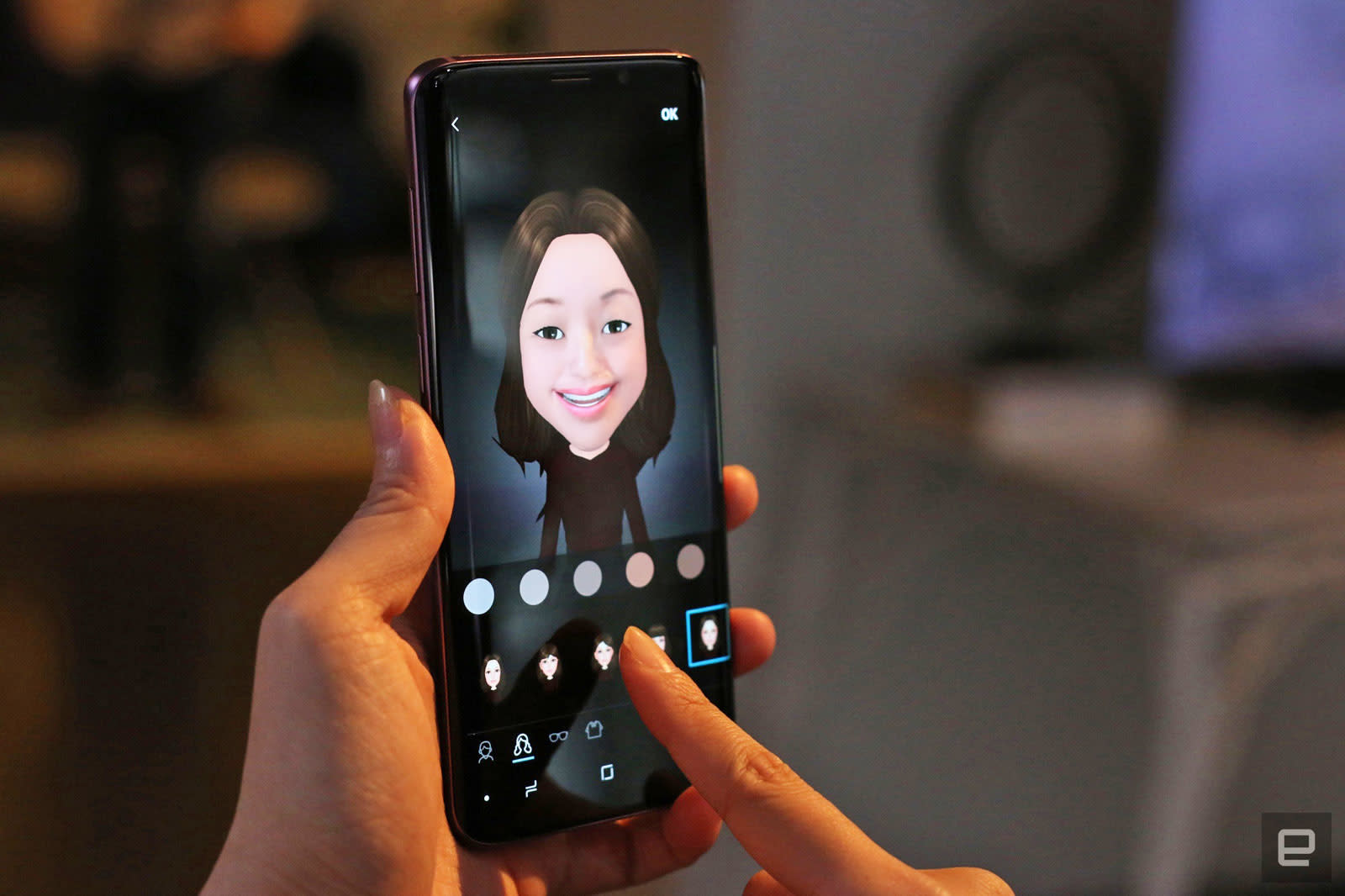 Samsung's unsettling AR Emoji were the standout feature during the Galaxy S9's reveal last year, and now it's giving them an update. The company promises more granular adjustments for facial features like smiles, noses, ears, eyes and cheeks are en route. "This means that, for instance, when a child creates an AR Emoji, they'll be able to adjust the shape of their face so that it more closely mirrors their own," Samsung claims. Maybe Elastigirl will look more natural, too.

The tech juggernaut also says that the feature's face-tracking functionality has improved at picking up "landmark detector" points (nose shape and cheek height, for example) so the personalized emoji might look better the first try. Frame-rate for the feature has been given a boost too.

These are incredibly welcome. As it stands, AR Emoji are pretty static at the moment. The visual style still has a few toes in the uncanny valley, but the new interactivity could make the avatars a little less creepy.

When iFixit tore down the S9, it became apparent that unlike Apple's Animoji and Memoji, there weren't any fancy hardware-based camera tricks under the hood. Rather, it was all software. That might explain why the quality gap is what it is, with Apple's looking much more stylized and natural.

Exactly when the update goes out isn't known at the time. For a quick preview, check out the video embedded below.

In this article: android, animoji, aremoji, galaxys9, gear, memoji, mobile, s9, samsung, update
All products recommended by Engadget are selected by our editorial team, independent of our parent company. Some of our stories include affiliate links. If you buy something through one of these links, we may earn an affiliate commission.