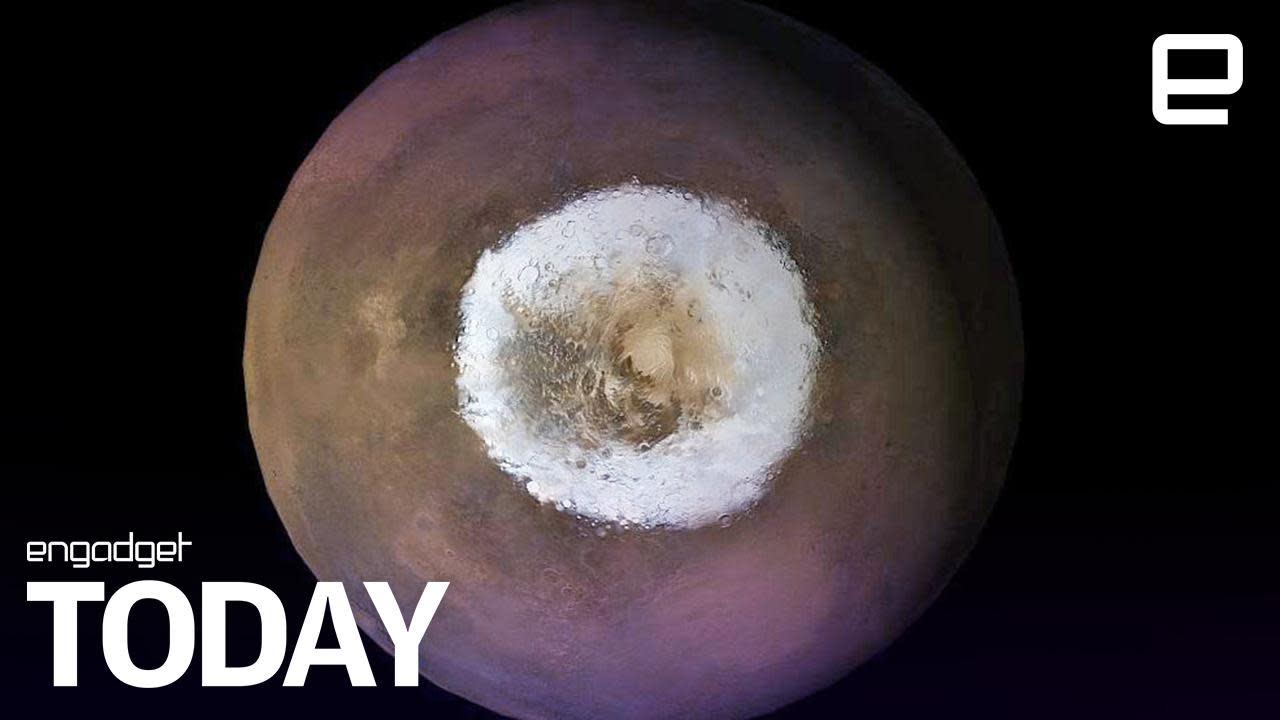 Today, scientists announced that they have detected what could be a large reservoir of liquid water under the surface of Mars. The "lake" measures 20-km across and is located about 1.5 km below Mars's southern polar ice cap. An article about the discovery was published in the journal Science.

We know that abundant liquid water existed on ancient Mars. The rover Curiosity found an ancient streambed on the planet that held evidence of flowing liquid water. Until now, we knew that water exists in ice around the planet, and that there are signs of liquid water on the surface. But scientists thought that Mars had lost the majority of its liquid water. Now, if this discovery pans out, it's clear that some large pockets of liquid water still exist on or near the Martian surface.

It's important to note that there are quite a few caveats to this discovery. First, scientists have discovered evidence of a buried lake; that's not the same as finding an actual lake. They used a tool called MARSIS on the ESA's Mars Express Orbiter to study the thickest part of Mars's southern ice cap. The readings they obtained between May 2012 and December 2015 mirror data from subsurface liquid water under ice sheets in Antarctica and Greenland here on Earth.

If this underground lake does indeed exist, the water must be very briny -- a mix of magnesium, calcium and sodium, which are all present in Martian rocks -- in order to stay liquid. Even so, it has very interesting implications for the possibility of life on Mars, as life does exist on similar-type water bodies on Earth.

This detection has only been made by one instrument, so it's important to confirm it before we all get our hopes up. Still, this sounds very promising, and it's exciting to think of the possibilities of what else might be up there.

In this article: AOLoriginals, DailyShow, Engadget, EngadgetToday, EngadgetVideo, entertainment, esa, europeanspaceagency, liquidwater, mars, MarsExpress, marsis, space, tomorrow
All products recommended by Engadget are selected by our editorial team, independent of our parent company. Some of our stories include affiliate links. If you buy something through one of these links, we may earn an affiliate commission.