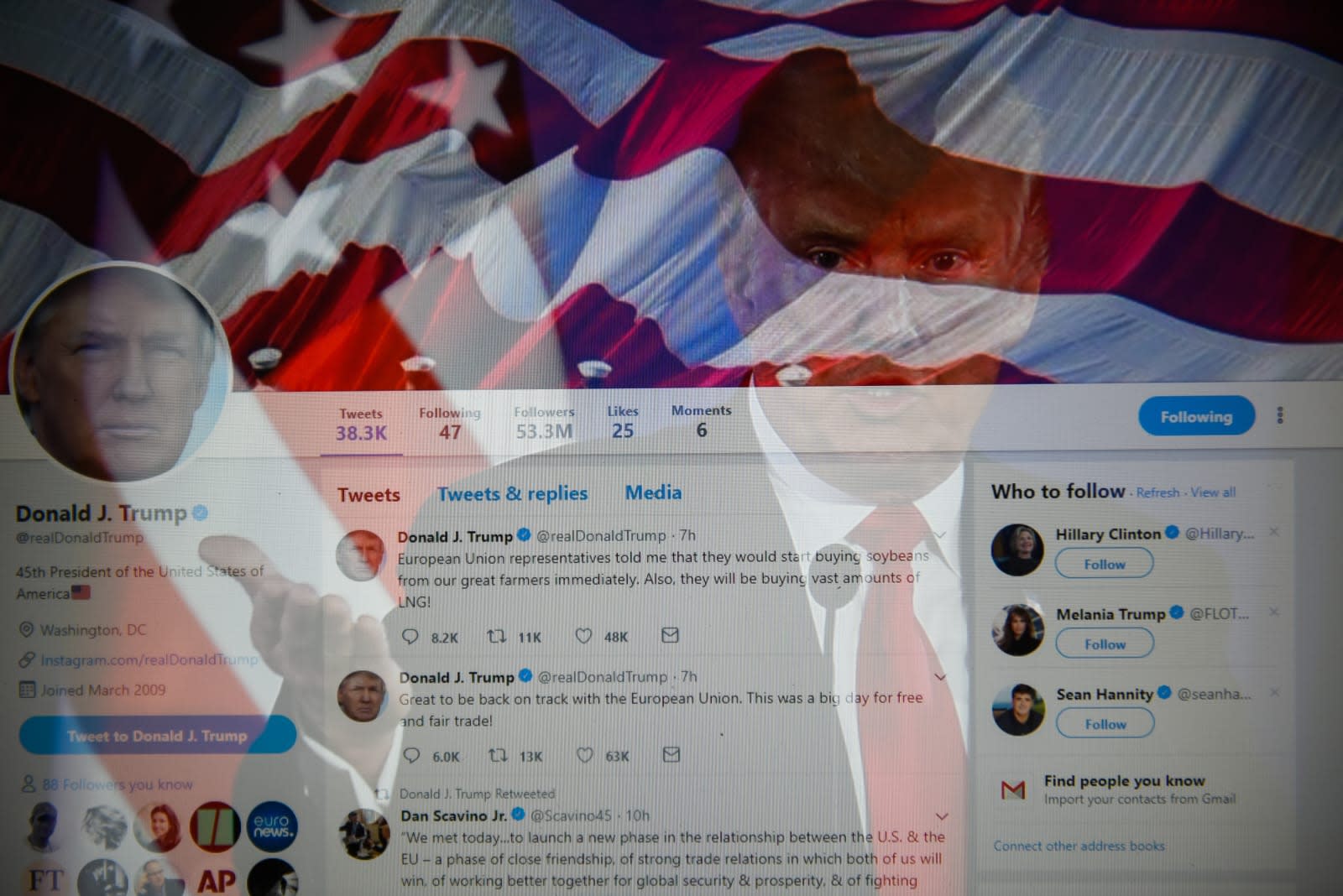 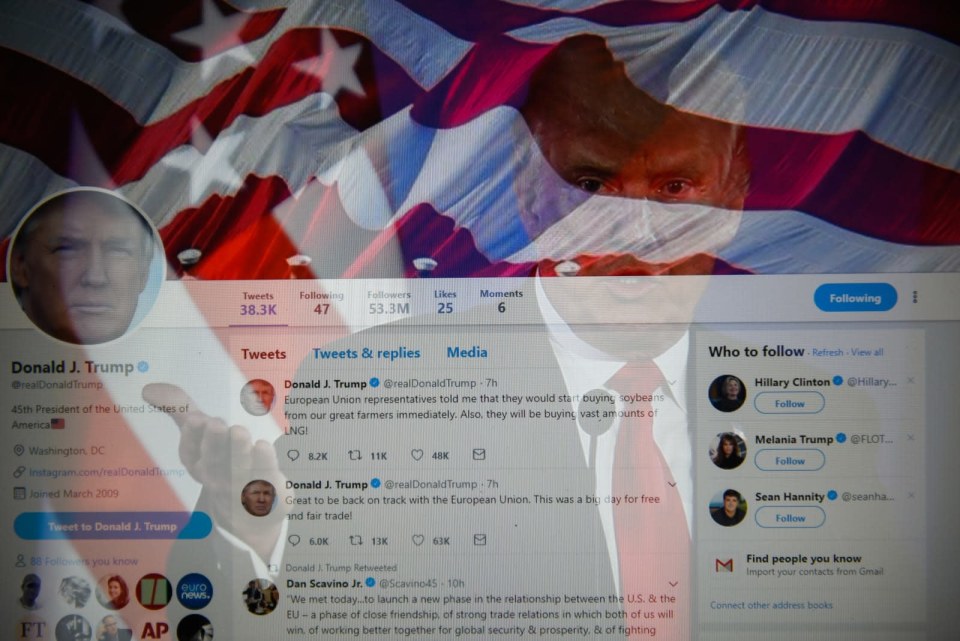 On Thursday morning, United States President Donald Trump tweeted about how Twitter was "shadow banning" prominent republicans, presumably after reading reports that it wasn't auto-suggesting the names of members of his party when people searched for them on its app. "Not good," Trump said. "We will look into this discriminatory and illegal practice at once! Many complaints." But, while some people may appreciate what Twitter is doing, the company says this wasn't done on purpose -- it was simply a side effect of a change it made back in May aimed at cleaning up the platform.

The issue, which Twitter says it's fixing, was simple: If you searched for, say, GOP Chairwoman Ronna McDaniel, simply typing the first few letters of her name wouldn't bring up her account. But the same couldn't be said for Democrats. Twitter's Product Lead, Kayvon Beykpour, explained that the behavioral ranking that caused this "doesn't make judgements based on political views or the substance of tweets." He said the problem was that Twitter's "usage of the behavior signals within search" made results seem inaccurate, and as a result users could only find accounts like McDaniel's if they searched for her full name

Twitter "SHADOW BANNING" prominent Republicans. Not good. We will look into this discriminatory and illegal practice at once! Many complaints.

This isn't the first time Twitter has dealt with this type of issue. Last November, the company faced backlash after it was accused of blocking search results for content relevant to the LGBT community. Regardless of what a user's filtering settings were, searching for terms like such as #bisexual or #gay wouldn't bring up any content. Much like today, Twitter eventually issued a fix (and an apology), saying it had identified an error with search results for certain terms.

Additionally, Twitter has also been accused of shadow banning sex workers and users in the adult-entertainment industry. But the issue here is more complex, since it relates to Twitter's safety settings: They're set to hide sensitive content by default, unless a user manually checks it off. So, if someone's account gets labeled as sensitive, which would be the case for a user posting adult pictures, that filter would prevent their profile and their tweets from showing up in search results. For some sex workers, the main problem seems to be that this practice restricts any of their content, even if it isn't sexual, from being surfaced beyond people they follow (or are followed by) on the site. Twitter has denied any wrongdoing, but this shows that these accusations of shadow banning aren't limited to conservative politicians.

On 2) Some accounts weren't being auto-suggested even when people were searching for their specific name. Our usage of the behavior signals within search was causing this to happen & making search results seem inaccurate. We're making a change today that will improve this.

Republicans, of course, have been pushing the narrative that they're being censored by social media giants during recent congressional hearings. Last week, in a House Judiciary Committee titled "Examining the Content Filtering Practices of Social Media Giants," Rep. Lamar Smith (R-TX) accused Google of blocking his searches for content related to "Jesus, Chick-fil-A and the Catholic religion."

Meanwhile, Senator Ted Cruz (R-TX) last April, during a senate hearing, grilled Facebook CEO Mark Zuckerberg about Republicans being censored on the site. "There are a great many Americans who I would say are deeply concerned that Facebook and other tech companies are engaged in a pervasive pattern of bias and political censorship," said Cruz, citing a Gizmodo report that Facebook had been allegedly suppressing articles from conservative news outlets. And now Twitter seems to be the latest tech company to have the finger pointed at by a Republican, in this case President Trump. 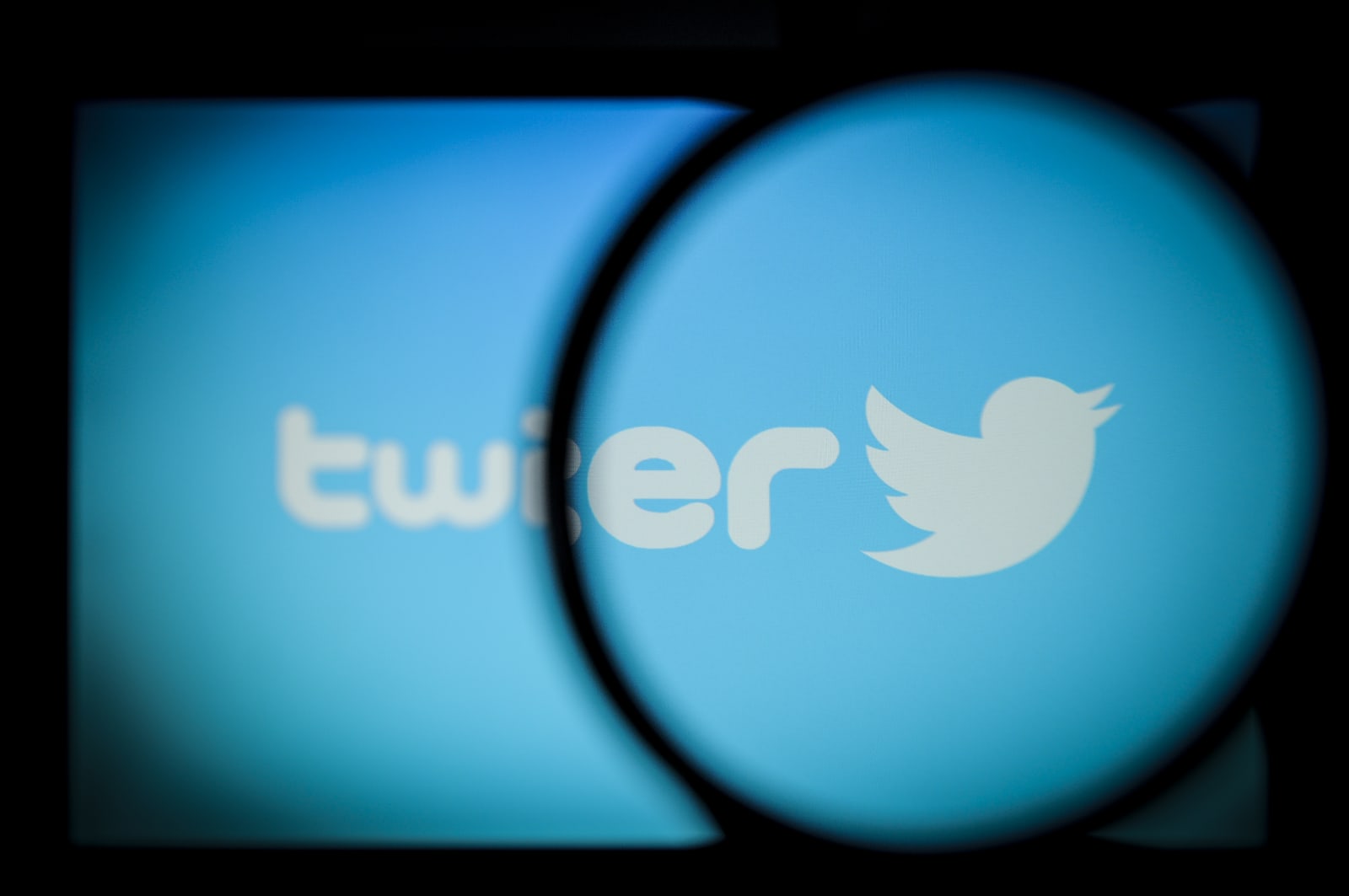 "As we have said before, we do not shadow ban," a Twitter spokesperson told Engadget. "We are aware that some accounts are not automatically populating in our search box, and shipping a change to address this. The profiles, tweets and discussions about these accounts do appear when you search for them."

I actually just searched for GOP Chairwoman Ronna McDaniel, one of the conservatives that was a part of the alleged shadow ban, and her account populated immediately after I typed her first name -- even though I don't follow her.

While Twitter is typically quick to address situations like these when they arise, the company would likely prefer not to keep issuing apologies. Still, for Twitter it seems these growing pains may continue as it keeps rolling out features to make the platform less toxic for everyone. "We believe this work is really important to creating a healthier Twitter," said Beykpour, "and we want to continue improving." That work isn't perfectly executed at times, but at least you know Twitter is trying to keep trolls and bullies out of your sight.

In this article: censorship, donaldtrump, entertainment, gear, gop, internet, politics, republicans, safety, services, sexworkers, shadowban, shadowbanning, social, socialmedia, socialnetwork, socialnetworking, trump, twitter
All products recommended by Engadget are selected by our editorial team, independent of our parent company. Some of our stories include affiliate links. If you buy something through one of these links, we may earn an affiliate commission.