Another chance to hold Silicon Valley accountable delved in a theater of the absurd.

Tuesday marked another chapter in the "Tech Companies Go to Congress" story, with Facebook, Twitter and YouTube testifying before the House Judiciary Committee. The hearing, titled "Examining the Content Filtering Practices of Social Media Giants," was supposed to shed light on how these companies are keeping their sites safe for users by filtering out toxic content. But, instead, we learned very little. Executives from Facebook, Twitter and YouTube simply echoed what they've been saying in other congressional hearings since 2017. They talked about how they're using a combination of artificial intelligence and human reviewers to fight fake news, bots and toxic content like hate speech.

Those are efforts we were already aware of, though we did find out that Facebook, apparently, can't decide when it should ban offensive pages like InfoWars'. But the fact that the latest hearing was another wasted opportunity, just like Mark Zuckerberg's appearance before Congress in April, isn't completely Facebook, Twitter or YouTube's fault.

Throughout yesterday's session, Congress members from both sides of the aisle seemed to be more interested in their personal agenda. Republicans like Rep. Lamar Smith (Texas) talked about how he felt conservatives were being censored, accusing Google of blocking his searches for "Jesus, Chick-fil-A and the Catholic religion." Democrats, on the other hand, said the committee should be having hearings on Russian election interference and Trump's relationship with Vladimir Putin instead. "This committee needs to proceed with hearings involving the question of the Russian intrusion and stealing of the 2016 election," Rep. Barbara Lee (D-California) said. "And I've come to a conclusion now that it was truly stolen. Dealing with these engines that have been effective for the United States on that issue seems to be a stretch and inappropriate." 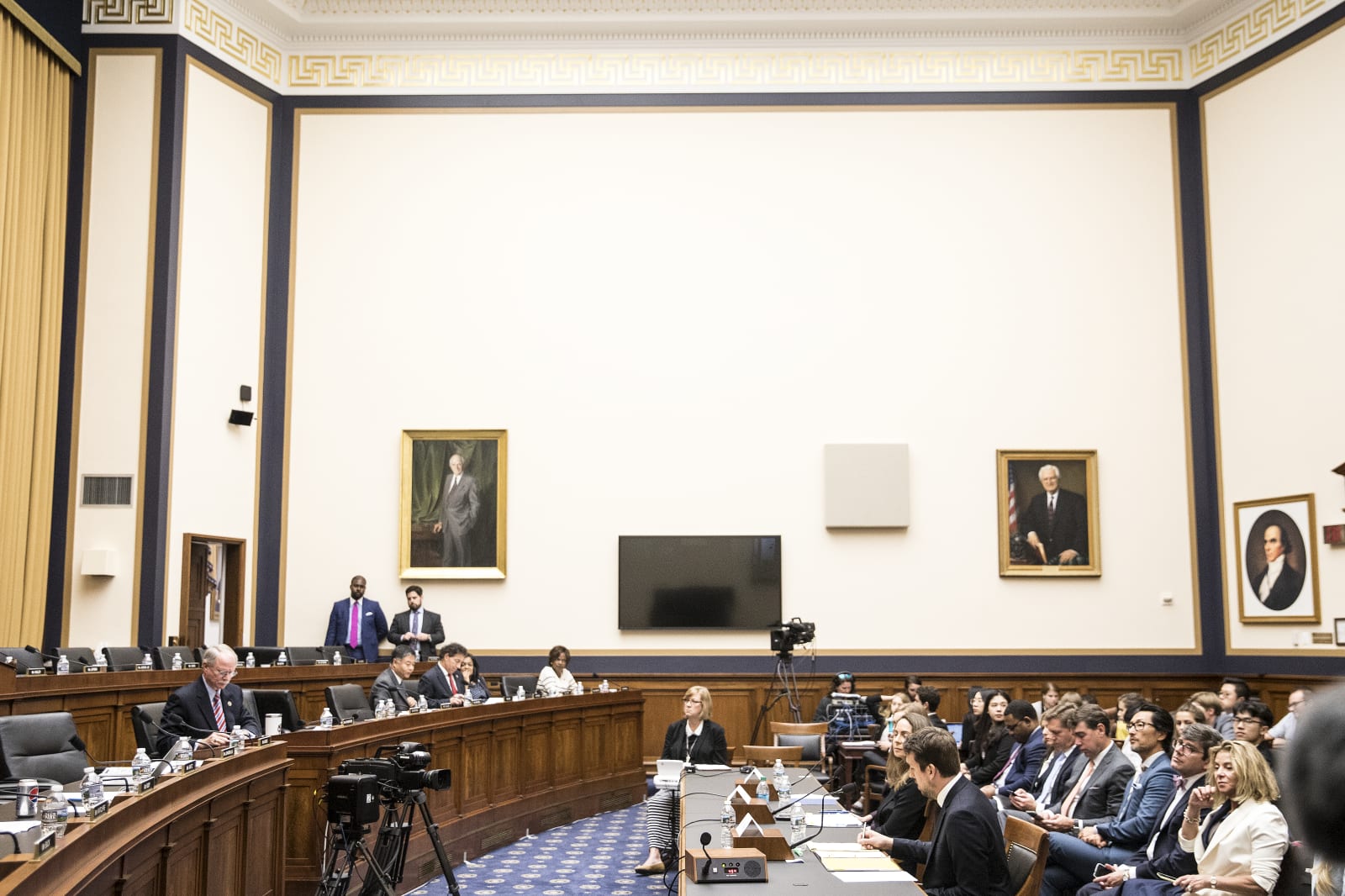 Rep. Ted Lieu (D-California) went as far as calling the hearing "dumb" and "stupid," saying there were more important issues the House Judiciary Committee should be focusing on. "I served on active duty in the US military. I never thought I would see the American commander-in-chief deliver the talking points of the Kremlin. Are we having a hearing on that? No." he said. "As we sit here today there [are] nearly 3,000 babies and kids ripped away from their parents by the Trump administration, they have not been reunified yet. Are we having a hearing on that? No." Instead, he added, "we're having this ridiculous hearing on the content of speech of private-sector companies. It's stupid because there's this thing called the First Amendment -- we can't regulate content. The only thing worse than an Alex Jones video is the government trying to tell Google not to do it, to prevent people from watching [it]. "

Meanwhile, Judiciary Chairman Bob Goodlatte (R-Virginia) asked Facebook, Twitter and YouTube why the shouldn't be regulated as non-utilities like hotels or clubs, which at a certain point have a legal liability for how consumers use their services. Goodlatte's concern is that these social-media giants aren't often held accountable for content that causes harm on their sites, including hate speech and the spread of misinformation. With Section 230 of the Communications Decency Act, tech firms are shielded from liability for content posted by their users, though they do have an obligation to remove things like child pornography under federal criminal law. 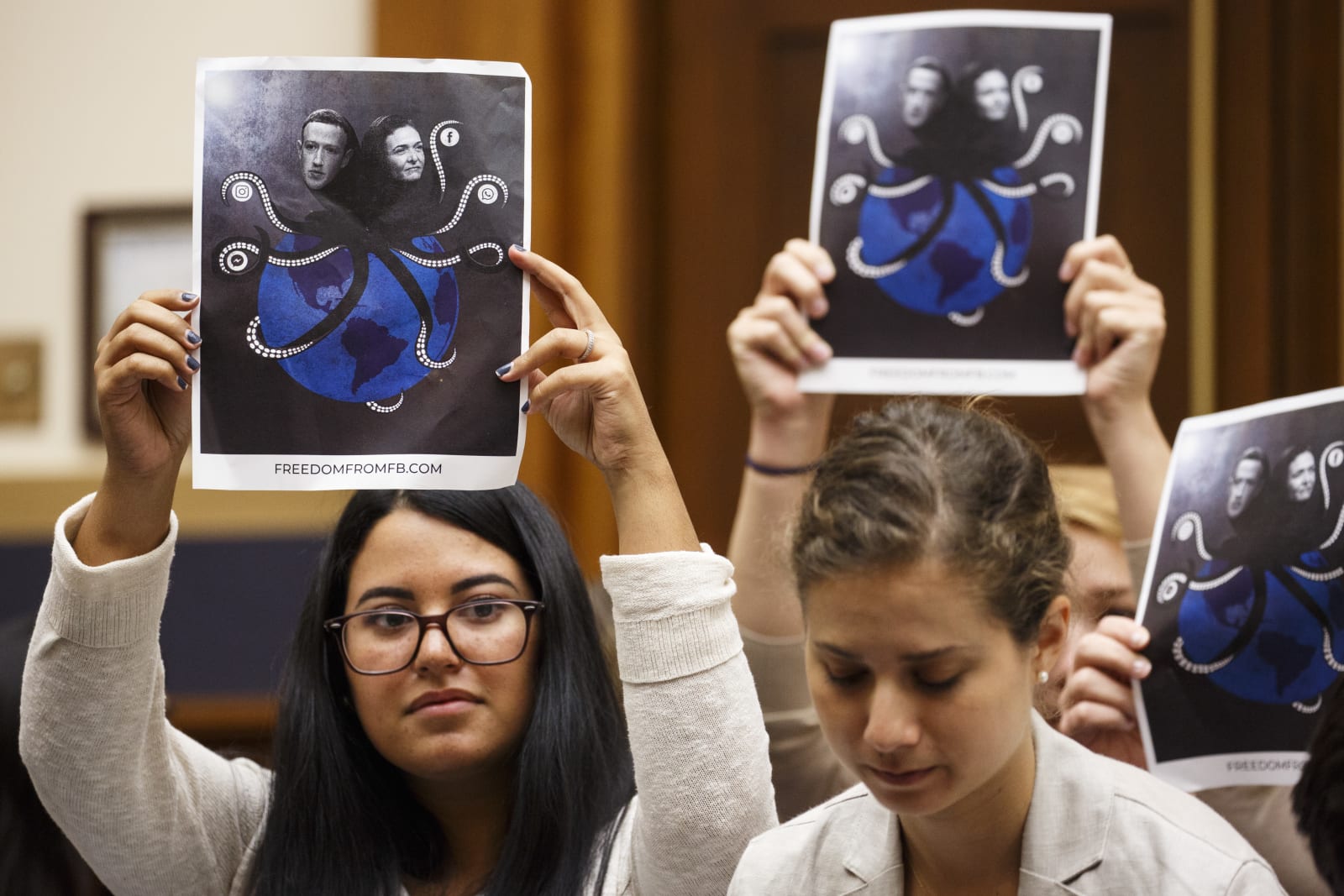 But talks of regulating Facebook, Twitter, YouTube and other social-media apps aren't anything new. We heard similar chatter from members of the House and Senate during the Diamond and Silk hearing in April and before that when Zuckerberg testified. And yet nothing has changed. As Lieu pointed out during the hearing, the House Judiciary Committee itself can't write any legislation, but its members can. So if Congress really wanted to get serious about regulation, it could take similar steps to those the European Union has. The EU has exercised more authority over them with laws like the General Data Protection Regulation (GDPR), which gives users more control of their private information, and by posting hefty fines on companies such as Google for being too powerful.

Congress could easily do something similar. Republicans have control of every branch of the US government and based on Goodlatte's statement, they seem to be the ones keen to have more oversight of Facebook, Twitter and Google. This is an interesting position because it counters Republican and conservatives principles, which generally tend to lean toward not enforcing regulations for businesses. But until that happens, these social-media congressional hearings will continue to be nothing more than a way for members of Congress to score some political points.

For now, it seems like all they're doing is pretending to care about the fake news and bullying on the internet, without actually taking any action.

All products recommended by Engadget are selected by our editorial team, independent of our parent company. Some of our stories include affiliate links. If you buy something through one of these links, we may earn an affiliate commission. All prices are correct at the time of publishing.
Congress' social-media hearing was a ‘stupid’ sideshow
business
congress
facebook
fakenews
gear
google
hearing
housejudiciarycommittee
internet
opinion
politics
regulation
russia
services
social
socialmedia
socialnetwork
socialnetworking
trump
twitter
youtube