Why Macs matter to Apple, even when they aren’t selling well

Apple didn't say much about the Mac on yesterday's quarterly earnings call. Customers only bought 3.7 million Macs in the past three months, a 13 percent drop compared to the year prior. For those keeping track, that's only the fifth quarter in the past eight years in which Apple sold less than 4 million traditional computers. Meanwhile, both IDC and Gartner released reports saying the past quarter was the best the PC market has seen in six years.

The Mac's decline is vindicating to the Apple fans and professionals alike who have been on the soapbox discussing how the company's current products don't measure up in one way or another. The best example is surely the MacBook Pro, with its problematic keyboard, lack of legacy ports, recent thermal troubles, questionable touch bar and -- of course -- its sky-high price. Meanwhile, the MacBook Air, Mac Mini and Mac Pro have all lingered for years without meaningful updates.

Between dropping sales and controversial products, what does the Mac means to Apple in 2018? Yes, it's the company's first flagship product, but it's also an increasingly small portion of its business. Pretty much everything that Apple sells, from streaming music and wireless headphones to the Apple Watch and HomePod, is designed with iOS in mind. The days of the Mac serving as your "digital hub," as Steve Jobs famously put it way back in 2001, are long gone.

If that's the case, what does the Mac mean to Apple (besides about 10 percent of last quarter's revenue)? The answer can be found by looking at the one product category going through explosive growth: Apple's services segment. CEO Tim Cook has been talking up this part of the company's business for years now, and with good reason: Over the past three years, revenue from services has grown from $5 billion to $9.5 billion, making it Apple's second-largest product category behind the iPhone.

Among the products Apple considers services are iCloud storage, Apple Pay, Apple Music and all the digital content it sells from the iTunes Store, the Mac and iOS app stores, iBooks and so forth. None of these products require a Mac, but if you use an iPad or iPhone and still want a traditional desktop or laptop, you'll have a much better experience with a Mac than a Windows machine or Chromebook. And yes, that's even if Apple isn't updating its hardware as frequently as it used to.

Probably the best example of this is iMessage. As text messages (and then iMessages) became a dominant form of communication, being able to send and receive them on all Apple devices, including the Mac, quickly became a killer feature that Google hasn't yet been able to replicate with Android. Similarly, using Safari on my Mac to easily pull up pages I browsed on my phone or iPad is pretty convenient. Yes, Chrome sync would also work, but as long as I can't change default browsers in iOS, Safari makes for an easier choice.

Similarly, I recently picked up an LTE Apple Watch and started running with just it and a pair of AirPods. Being able to stream any song I want from Apple Music to such a tiny device feels pretty futuristic -- but Apple Music is the only real option if I want to run and go phone free. In a perfect world, Spotify or Google Music would work on the watch, but they don't. So I keep on using Apple Music, and while I could access the service on Android or Windows, it definitely works best on an iOS device or a Mac.

Those are just a few examples, but generally Apple has done a good job at making macOS and iOS work closely together without having to merge the two different operating systems. Even something as simple as the combo of iCloud and the new iOS Files app provide a much more cohesive experience than you'll get on other platforms. 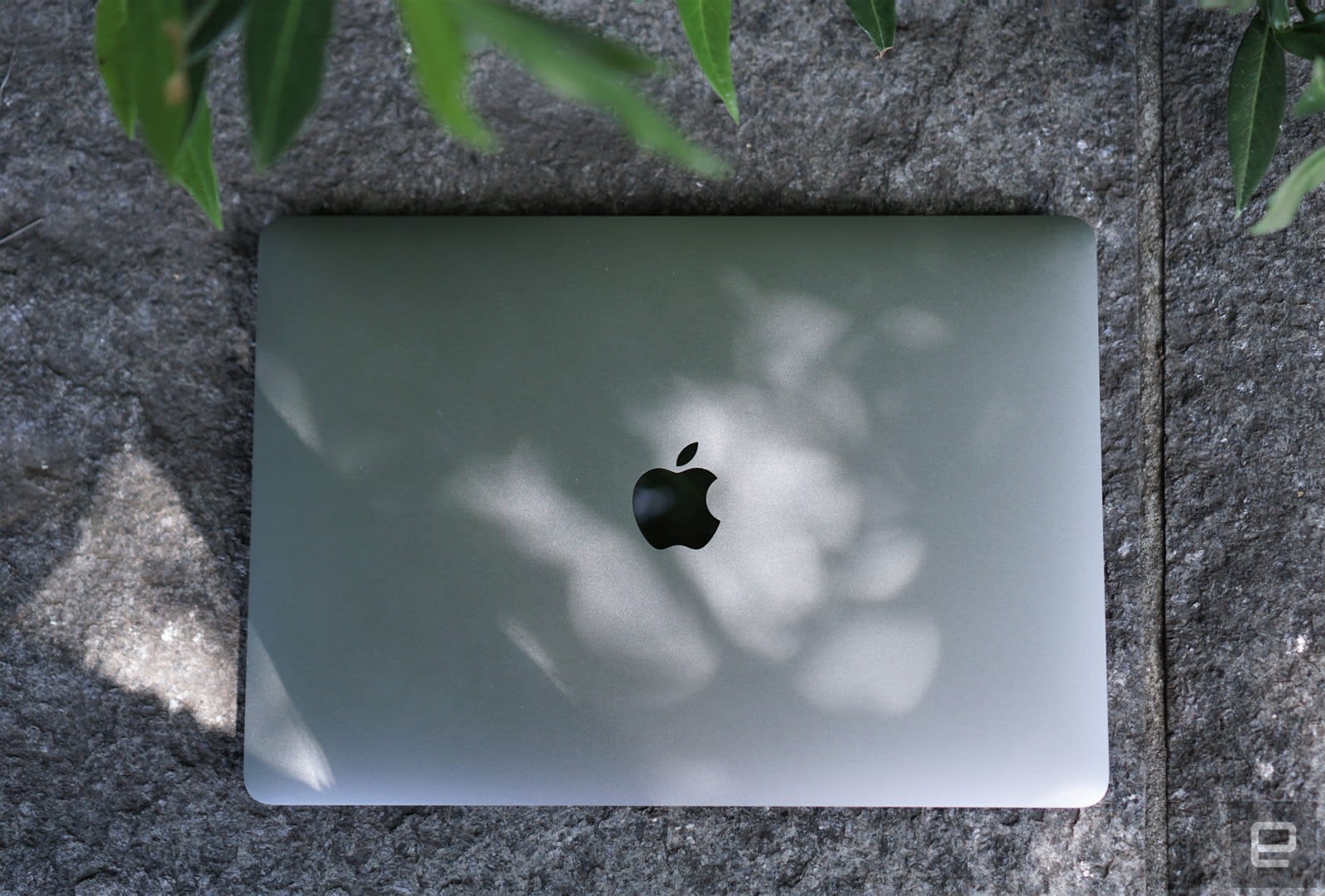 But this quarter's drop in sales has to be concerning to Apple, as Cook cited customer satisfaction as one of the main drivers of its services business. "A growing portion of our revenue is directly driven by our existing install base," Cook said in January 2016. "Our customer satisfaction and retention rates are second to none and provide us with a long-lasting foundation." That foundation is the 1 billion-plus active Apple devices cited on the same earnings call. Macs only make up a small portion of that active base, but with iPhone and iPad sales relatively flat, the company doesn't want to see any of its major hardware categories start slipping. It'll make continued services revenue growth that much harder.

If those loyal customers are going to keep buying Macs, Apple will have to show that it considers the platform more than just another place to sell its services. I don't expect Apple to look back in hardware design; the days of it selling a pro laptop with an SD card slot are sadly behind us. But more-frequent hardware updates across more of its product lineup would probably go a long way toward convincing users that the Mac is more than just a legacy part of Apple's business.