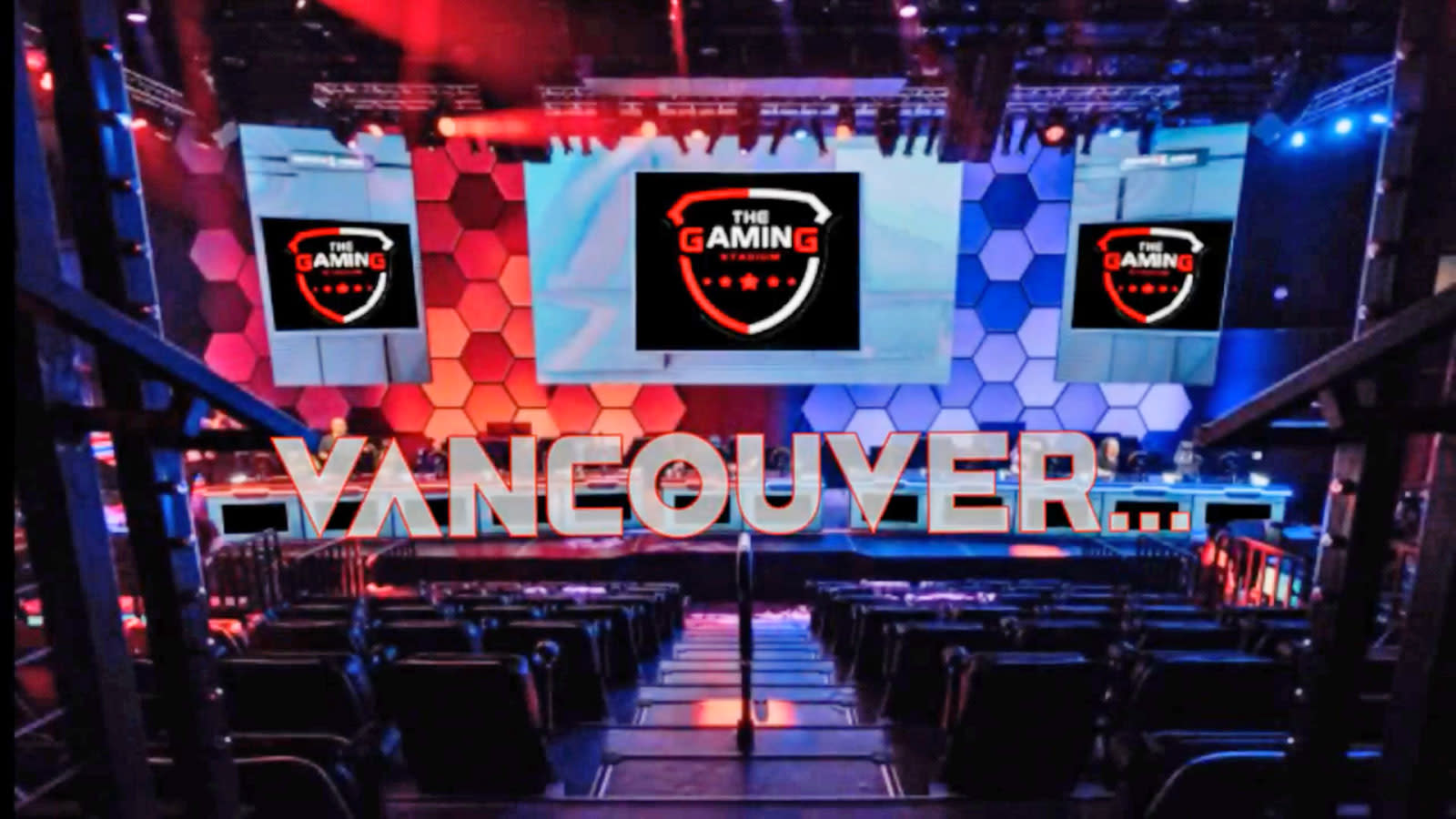 The US has a few dedicated eSports arenas, but what about its northern neighbor? Don't worry, you're covered there, too. Myesports Ventues has announced that it's opening The Gaming Stadium, billed as Canada's first eSports stadium, in Vancouver (specifically Richmond) sometime in 2019. It won't be a massive location, but it will have room for 250 fans, 40 gaming stations and broadcasters. You can expected food and drinks, of course, as well as an open casual gaming space. The creators are promising competitions at "all skill levels" as well as coaching for those looking to boost their talents.

It may seem like an odd choice for the first Canadian arena (Toronto and Montreal would be obvious frontrunners), but there are a few reasons it might work well. Vancouver has a vibrant gaming scene between the abundance of developers in the area and its streaming community. There are also some pragmatic reasons. It's in California's time zone (good for viewership), close to Seattle (good for American fans) and may have more room for stadiums than extra-dense cities like Toronto.

This won't be the largest eSports venue by any stretch. However, it does serve as a testament to the popularity of pro gaming. If there's a large population and a penchant for gaming, it might just be a matter of time before there's a stadium in place.

In this article: BritishColumbia, canada, esports, gaming, internet, personal computing, personalcomputing, richmond, stadium, thegamingstadium, vancouver, video
All products recommended by Engadget are selected by our editorial team, independent of our parent company. Some of our stories include affiliate links. If you buy something through one of these links, we may earn an affiliate commission.