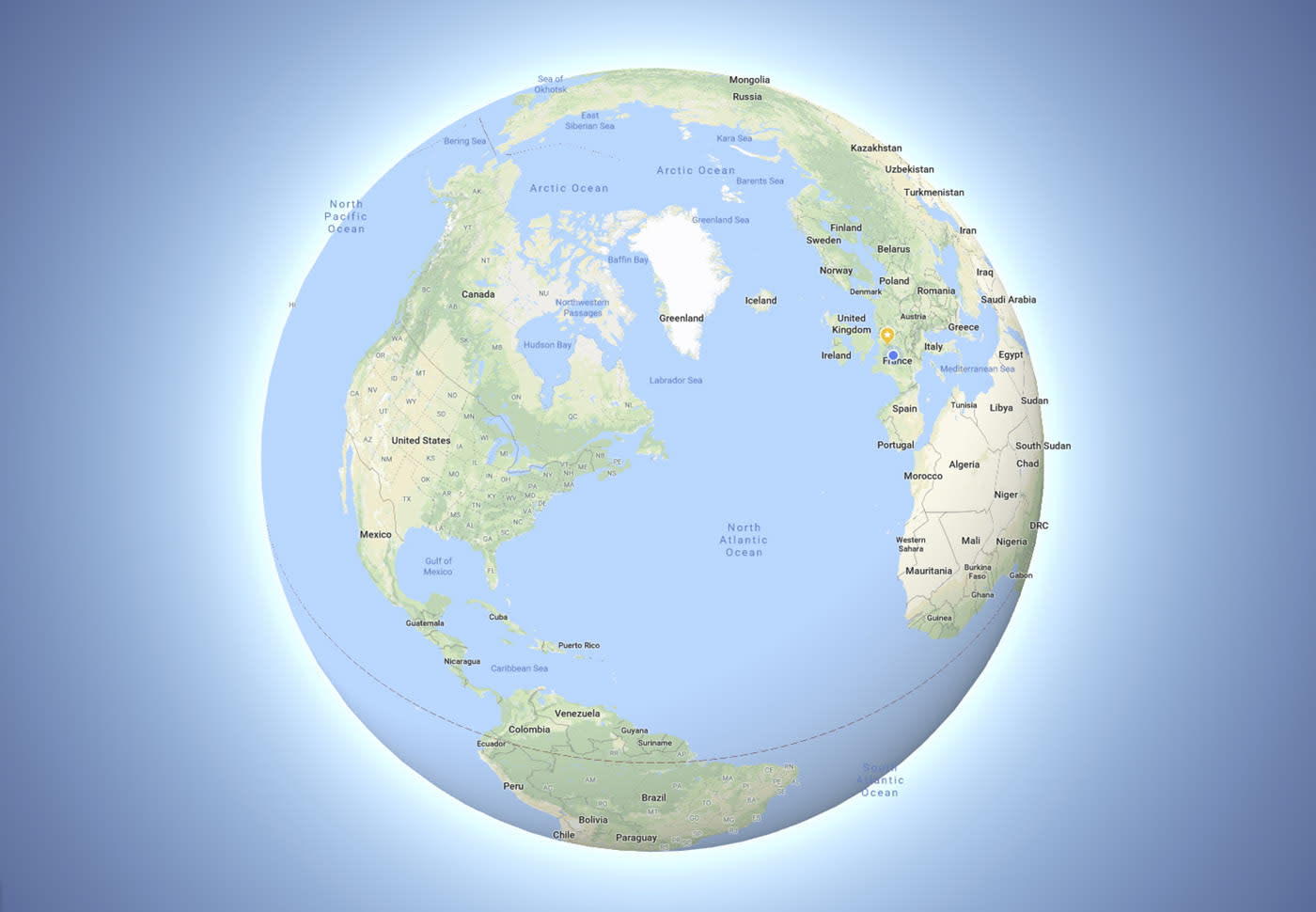 Google is finished thinking two-dimensionally with Maps and now shows the Earth as a globe rather than a flat "Mercator" projection as before. You won't notice the change when you first open the app, but if you zoom out far enough, you'll eventually get a moon's-eye view of our world. That means you'll see the world in a more realistic way: "With 3D Globe Mode on Google Maps desktop, Greenland's projection is no longer the size of Africa," Google Maps said on Twitter.

With 3D Globe Mode on Google Maps desktop, Greenland's projection is no longer the size of Africa.

Google's referring to the fact that it's impossible to represent the true area of different regions on the planet using flat projections. The most commonly used Mercator projections shows the correct shape of countries, but enlarges regions that are farther from the equator. As such, Greenland looks the size of Africa, when it's much, much smaller -- a mere 836,300 square miles compared to Africa's 11.73 million square miles. That's pretty clear on Google Maps now when you spin from one place to the other.

The "Globe Mode" update is only available on desktop and not mobile, but it works on all major browsers, including Chrome, Edge and Firefox, reportedly thanks to WebGL. The change brings maps more in line with Google Earth, which has always presented the world from that viewpoint.

In this article: FlatEarth, gear, Globe, google, GoogleMaps, internet, Mercator, Sphere, TL19GMAP
All products recommended by Engadget are selected by our editorial team, independent of our parent company. Some of our stories include affiliate links. If you buy something through one of these links, we may earn an affiliate commission.