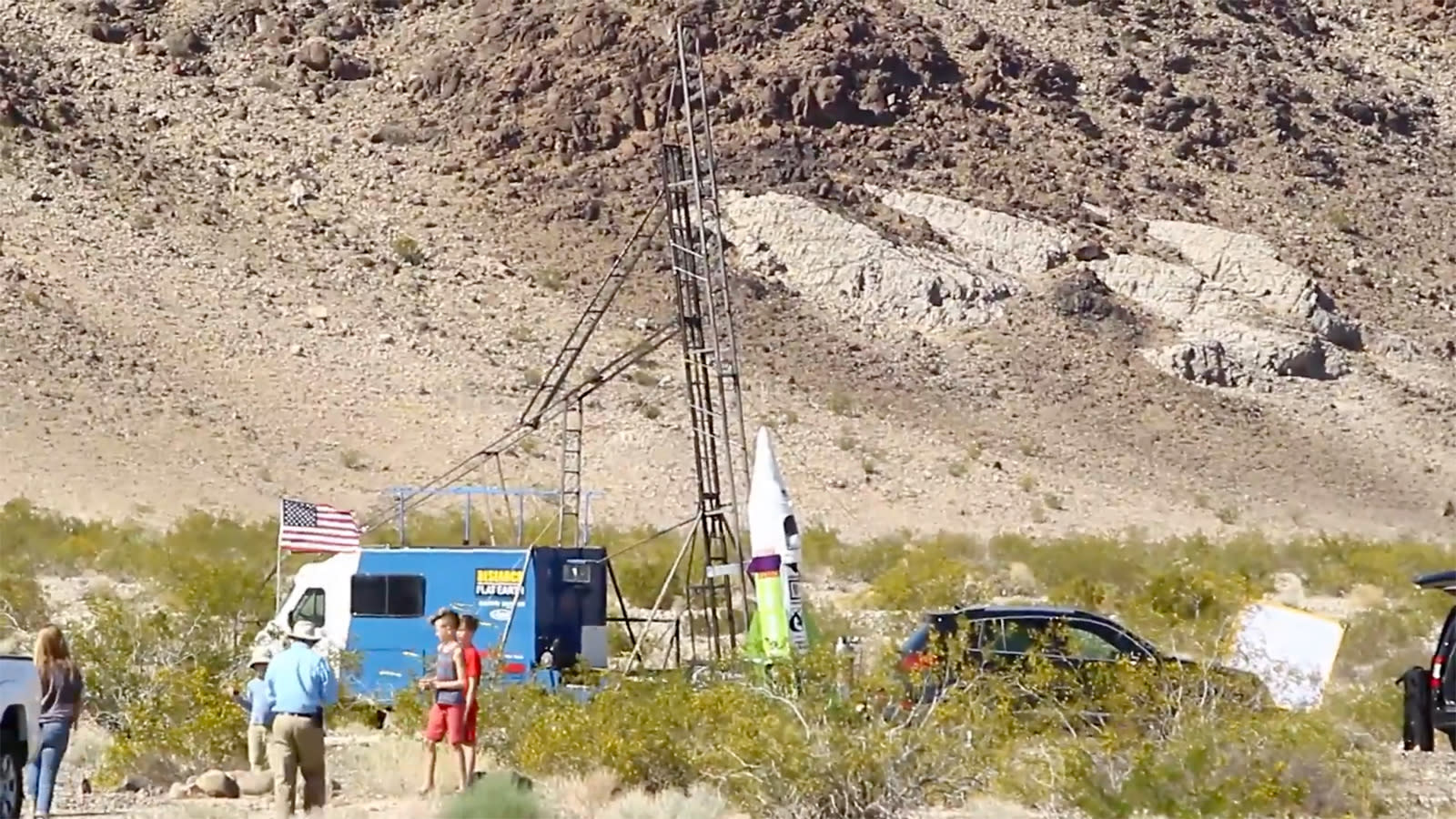 For years, "Mad" Mike Hughes has not only insisted that the Earth is flat, but has maintained he could prove it by launching himself into space with his own rocket. He even claimed to have launched a homebrew rocket in 2014, but didn't have evidence of it besides his recovery from the landing. However, he finally did it -- not that he's about to change scientists' minds. Hughes' steam-powered vessel launched near Amboy, California, climbing to about 1,875 feet before coming down in the Mojave Desert. Despite the clear lack of safety features, paramedics determined that Hughes should be fine.

He had originally pegged the launch for November, but had to postpone the launch multiple times due to a mix of legal requirements (the Bureau of Land Management wasn't fond of him firing a crewed rocket on public ground) and engineering troubles. He eventually launched from private land provided by Amboy's owner, and turned a mobile home into a vertical ramp to make sure he stayed on private lands.

Hughes hopes to fly much, much higher the next time around. His aim is to build a rocket that will launch from a balloon and take him to an altitude of 68 miles -- roughly where space begins. If all goes according to plan, that would take place in August.

The irony, as you might guess, is that this launch wouldn't even be possible with a flat Earth. A disc-shaped planet would have gravity that pulls straight down at only one point, and would become increasingly horizontal. Unless Hughes had perfect placement, his rocket would likely go very sideways. And that's assuming the atmosphere stayed put (it would likely float off into space) or that Earth would maintain a steady distance from the Sun (Earth's orbit keeps it from crashing into the star). Hughes is dependent on the science that disproves his beliefs just for the sake of living, let alone climbing high enough to discover that he's wrong.