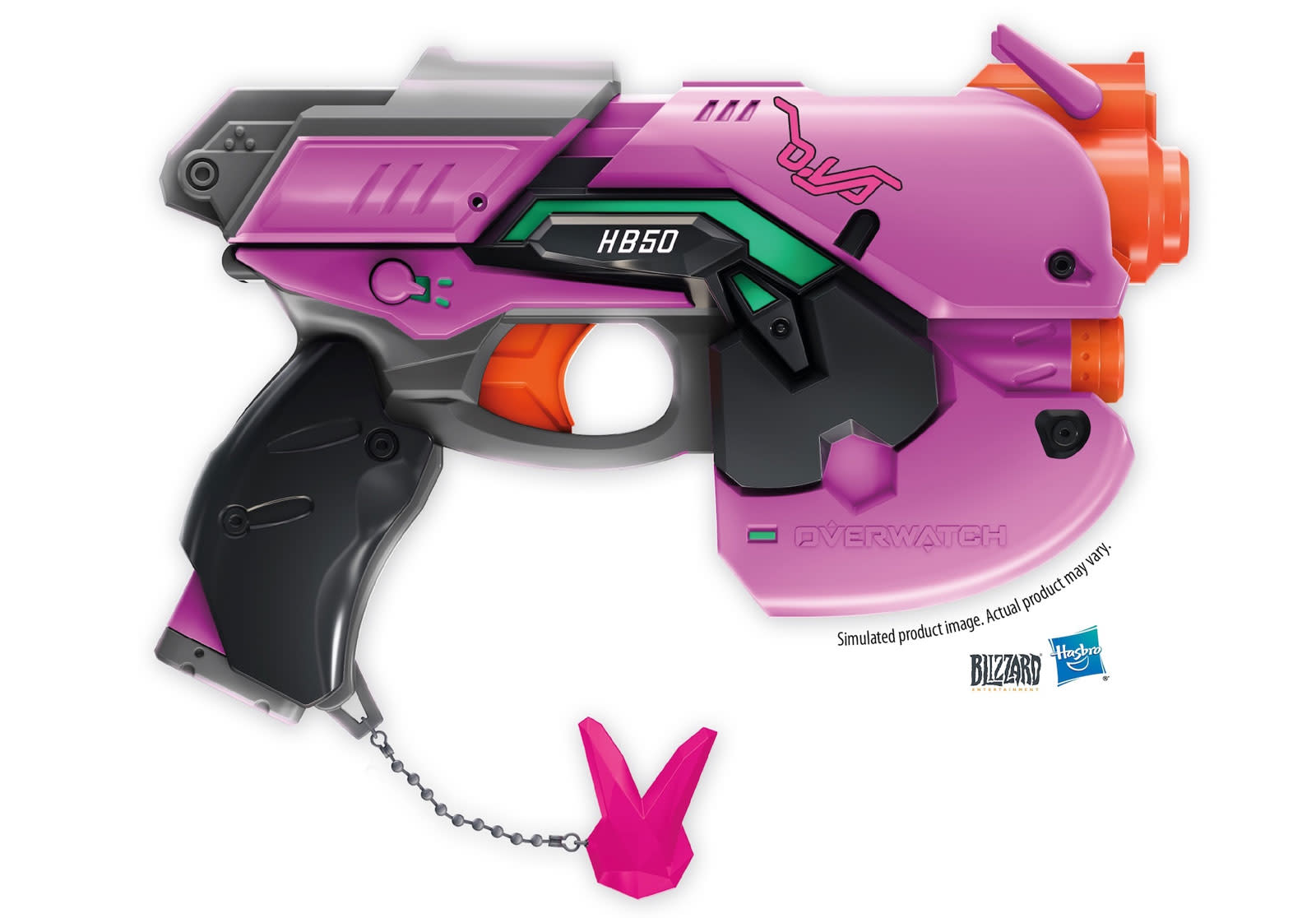 The next Overwatch gun from Nerf and Blizzard is none other than D.va's blaster pistol. The toy will be available sometime next year, the same ambiguous timeframe that was given for Reaper's shotgun. As before, Hasbro hasn't announced pricing for the toy just yet either. But hey, at least we know that the ammunition will travel "up to" 80 feet per-second, be Overwatch-branded and colored to match the hero using it. In this case, pink is a pretty safe bet for the mech-dweller. Nerf this, indeed.

In this article: business, dva, gaming, nerf, overwatch
All products recommended by Engadget are selected by our editorial team, independent of our parent company. Some of our stories include affiliate links. If you buy something through one of these links, we may earn an affiliate commission.