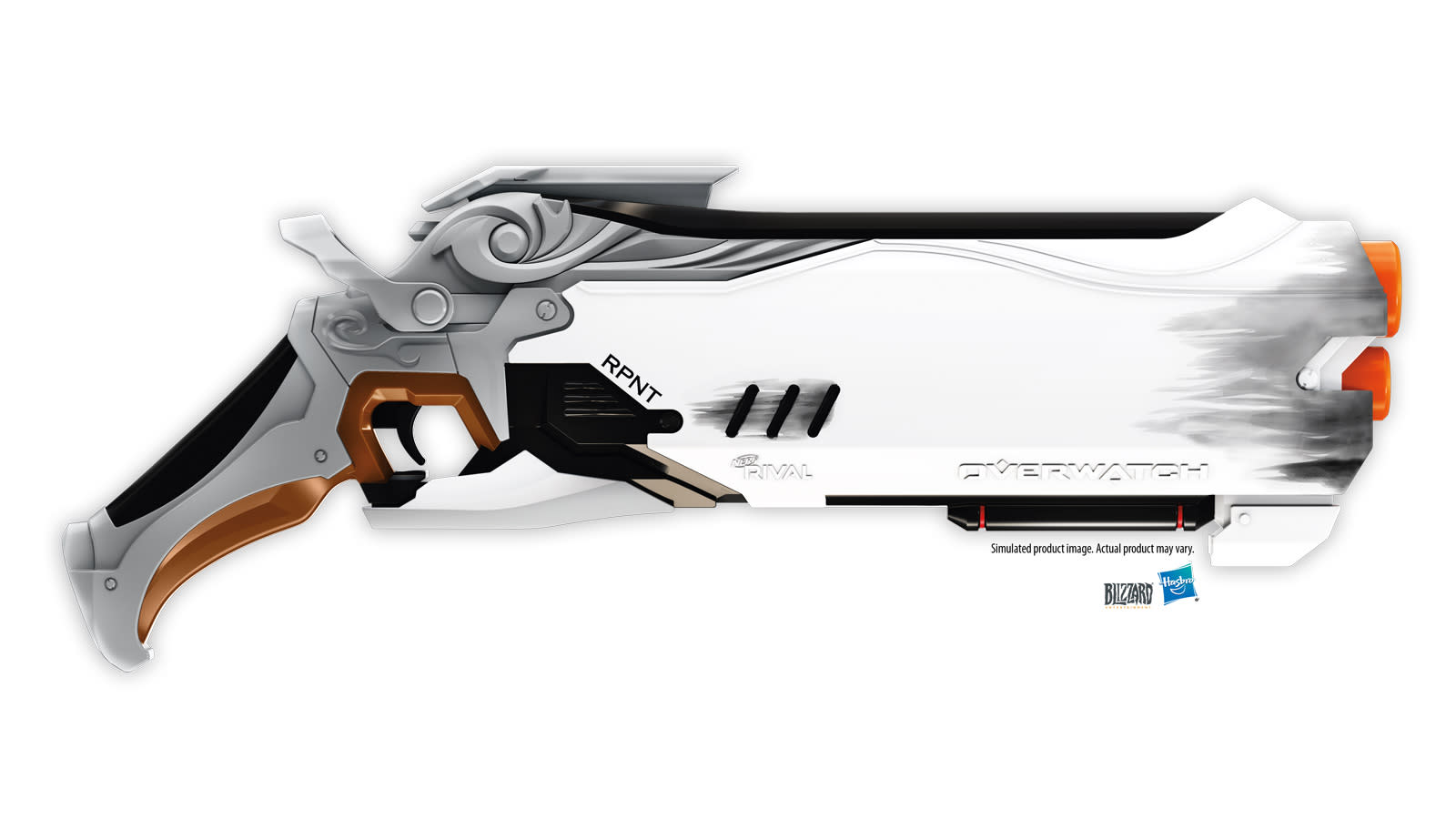 So far, replicating the distinctive weapons of Overwatch has usually meant a whole lot of crafting, and you still aren't likely end up with something that works. Hasbro, thankfully, is about to make your life much easier -- it's partnering with Blizzard on official Overwatch Nerf guns. The first of the bunch, the lengthily-named Nerf Rival Overwatch Reaper Wight Edition, is due in 2019. It mimics Reaper's iconic shotgun in looks, though not in functionality. The toy weapon carries eight of Nerf's Rival rounds and includes both a ready indicator and a safety lock.

Hasbro hasn't mentioned pricing, although this probably won't be the most affordable Nerf gun in your arsenal -- especially not when you'll need two if you're going to be true to the character (very clever, Hasbro). The real question is what comes next. Some guns seem like obvious fits, such as the straightforward guns of D.Va, Soldier 76, Sombra and Tracer, but what about the more exotic weapons, like Mei's freezing blaster or Lucio's sound gun? It's safe to say that you won't see Wrecking Ball's hamster ball of doom or Brigitte's flail, but here's hoping that Hasbro is willing to go beyond the 'safe' choices.

In this article: gadgetry, gadgets, gaming, gear, hasbro, nerf, overwatch
All products recommended by Engadget are selected by our editorial team, independent of our parent company. Some of our stories include affiliate links. If you buy something through one of these links, we may earn an affiliate commission.