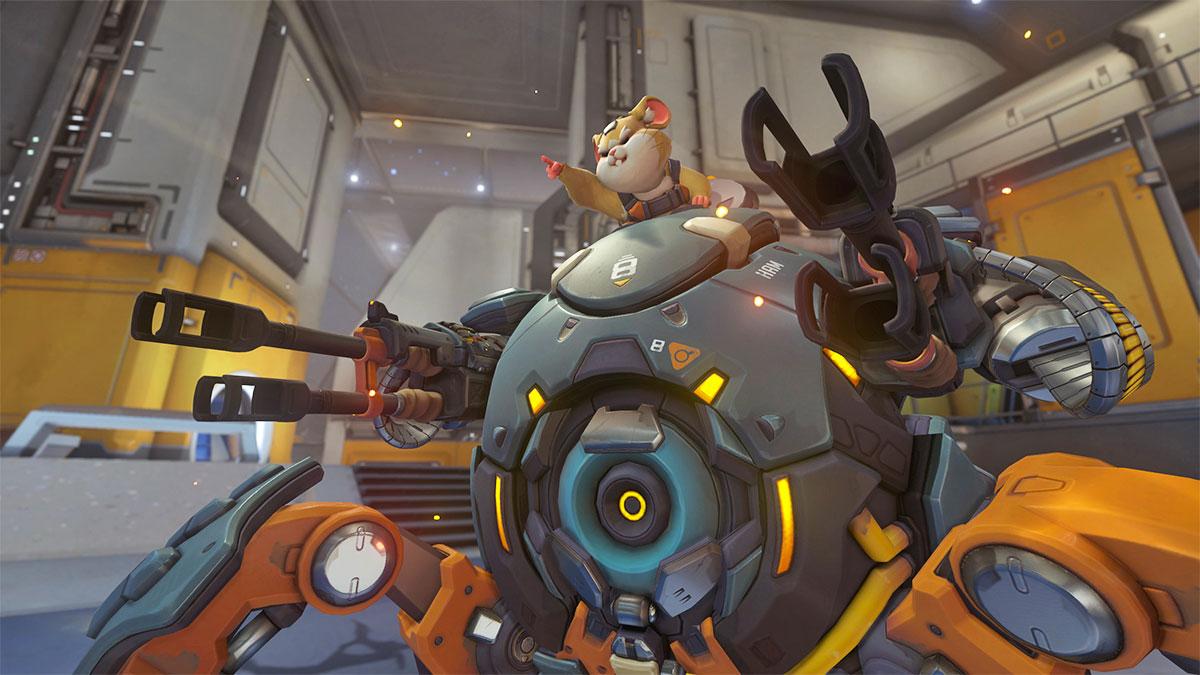 The team behind Blizzard's hero shooter Overwatch has released several outlandish heroes over the game's two-year run, but they've really outdone themselves this time. After a series of hints over the last couple weeks, the title's official Twitter account revealed...a hamster in a machine gun-toting iron ball. Unless the team is pulling a very elaborate stunt, this is most likely Hammond, the next hero to join the game.

Redditor stmaurer actually laid out all the evidence in a post on the game's subreddit yesterday, and in retrospect, it all adds up. Blizzard offhandedly mentioned Hammond in documents promoting the Lunar Colony map that came out a year ago. Given that the fictional station on the moon housed gorillas (including the game's founding hero Winston), many fans assumed Hammond was a chimp. But the scientists' emails said he'd escaped his cage and separately noted a strange rattling in the ventilation system, so it really looks like Blizzard planned for a hamster hero all along. Heck, Redditor TheDumplingz called it in a longshot a year ago.

How will Hammond play in-game? Totally unclear, but odds are Blizzard will release hero details soon once the applause dies down for the chutzpah to follow up its previously-announced characters -- amoral geneticist, terrorist leader and battle paladin -- with a hamster. Given its weaponry and the ball-enabled mobility shown off in Tuesday's teaser tweet, Hammond could be slotted into the new all-encompassing 'Damage' category that Overwatch introduced in the last patch. Whatever the case, one thing's for sure: The ever-faithful jetpack cat fans will be sad to see an animal hero come before the long-teased feline concept. Then again, what better predator to keep a death ball hamster in check?

Update 2:30PM ET 6/28/17: The team has indeed confirmed that the hamster hero, Hammond, is the next to come to Overwatch -- and he's live on the PTR right now. Details are up on the game's website: The ultra-smart tinker Hammond was 'Specimen 8' at the Horizon Lunar Colony.' He hitched a ride on fellow test subject Winston's escape pod and plummeted to Earth, landed in post-apocalyptic Australia and climbed the ranks in the Scrapyard's gladatorial arena as 'Wrecking Ball.'

Hammond joins Overwatch as a flexible tank hero. He balances quad machine guns and an activated ability that adds a higher amount of shields per nearby enemy with decent mobility, either by curling into a ball and dashing away or using a grapple hook to swing around terrain -- and into foes. While airbone, he can use Piledriver to slam into the ground and launch enemies skyward. Finally, his ultimate Minefield seeds the surrounding area with explosives.