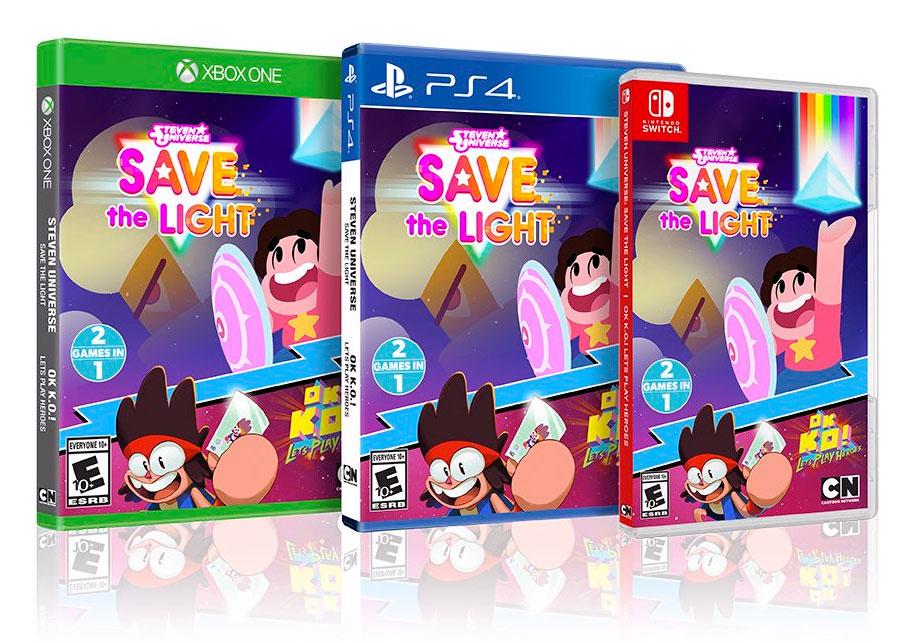 Cartoon Network and Outright Games will release a boxed set bundling both Steven Universe: Save the Light and OK K.O.! Let's Play Heroes to the Nintendo Switch, PlayStation 4 and Xbox One for $40 on October 30th. Currently available as digital downloads on the latter two consoles, this will be the first time the games are on the Switch. They'll also launch as standalone titles for Nintendo's eShop on October 30th.

Steven Universe: Save the Light by Grumpyface Studios is a sequel to the mobile RPG Attack the Light, and offers up an original storyline made with the input of series creator Rebecca Sugar. It will run $25 for the new Switch version, the same as on the PS4 and Xbox One. The game is also slated to release onto Steam for Windows and Mac later this month. OK K.O.! Let's Play Heroes is a wacky action RPG made by Capybara Games with its own original story created with series creator Ian Jones-Quartey. It will cost the same $20 on Switch as it does on Xbox One and PS4, too.

In this article: av, capybaragames, cartoonnetwork, gaming, grumpyfacestudios, mac, nintendo, okkoletsplayheroes, ps4, steam, StevenUniverseSavetheLight, switch, windows, xbox
All products recommended by Engadget are selected by our editorial team, independent of our parent company. Some of our stories include affiliate links. If you buy something through one of these links, we may earn an affiliate commission.