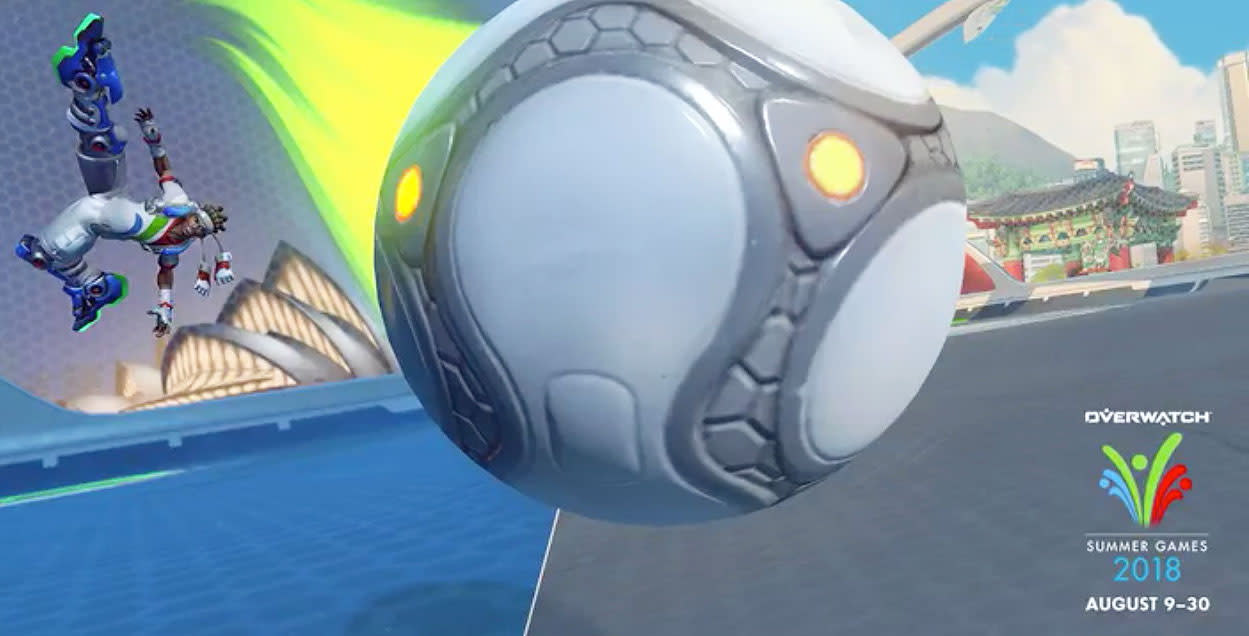 The Overwatch Summer Games is coming back for the third year and is scheduled to begin on August 9th. True to its name, the annual Games features summer-themed events within Overwatch, including the soccer-inspired 3v3 brawl Lúcioball. If previous Lúcioball arenas were based in Rio de Janeiro and Sydney, it looks like Blizzard is taking us to Asia this time -- to Busan, Korea, in particular. Not surprising considering the game's rising popularity in the country, where one of the first instances of Overwatch match fixing took place.

Team up with your friends for Summer Games on August 9. pic.twitter.com/VSyxMDTrc3

Join us in Busan for Summer Games, kicking off August 9. pic.twitter.com/0IO0BKZMuc

Lúcio comin' at you!

Recruit your classmates and sign up for the Tespa Arcade: Summer Lúcioball Tournament. Registration is open until August 10th.

Blizzard will also release Summer Games Loot Boxes like before, which will contain new skins and other event items. We'll most likely hear more details in the coming days. For now, you have until August 10th to register for the Tespa Arcade Lúcioball tournament that'll take place on August 11th and 12th, though the event itself will run until August 30th.

In this article: gaming, internet, lucioball, overwatch, summergames
All products recommended by Engadget are selected by our editorial team, independent of our parent company. Some of our stories include affiliate links. If you buy something through one of these links, we may earn an affiliate commission.