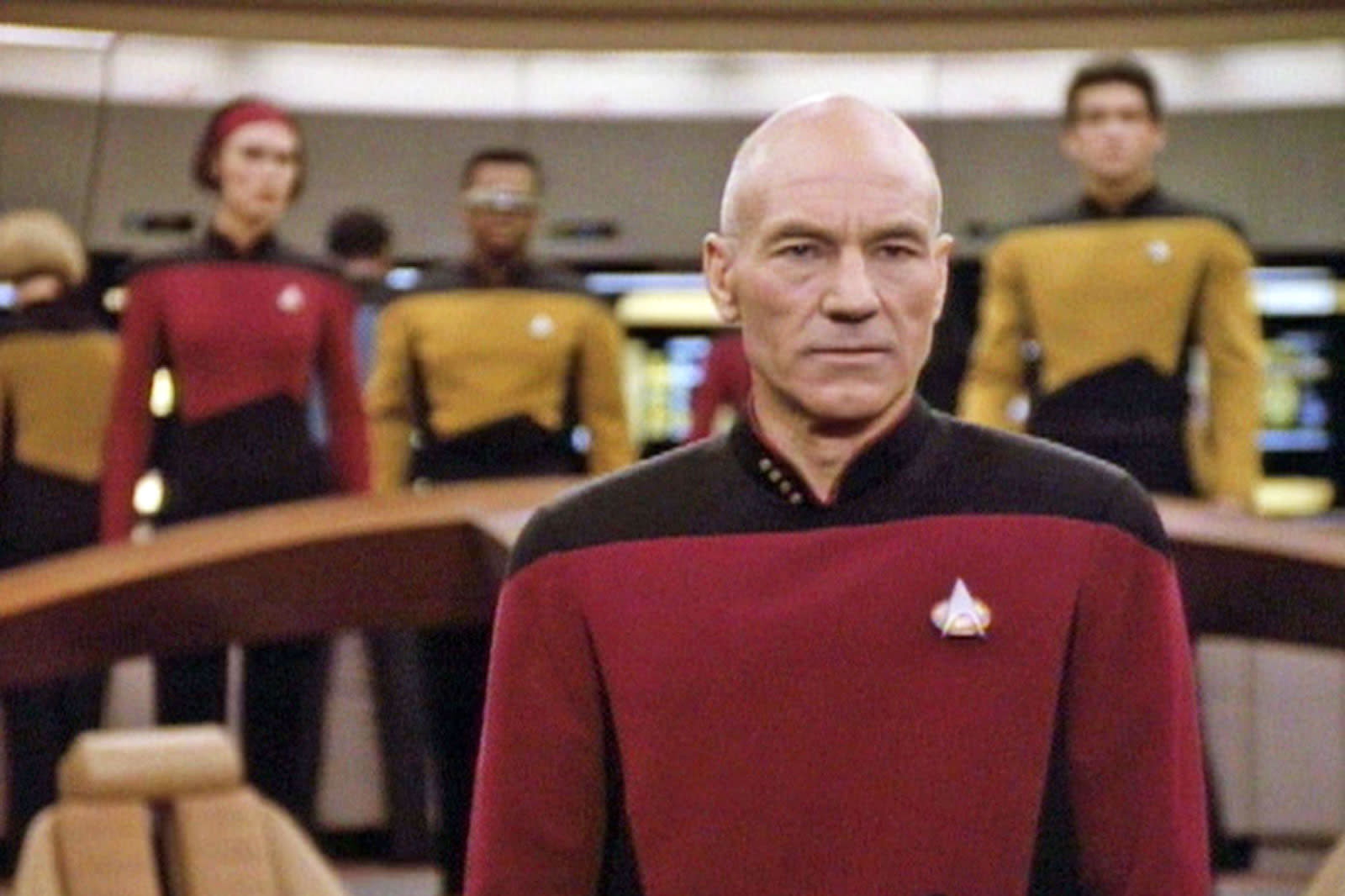 CBS is banking on more Star Trek shows as a way to draw in more viewers, and it's clearly ready to pull out all the stops in the process. The network has confirmed that it's launching an All Access series that will continue the story of Star Trek: The Next Generation's Jean-Luc Picard -- and yes, it will star Patrick Stewart. Discovery co-creator Alex Kurtzman will oversee the new show with help from other veterans from All Access' inaugural Star Trek show.

There's virtually nothing else known about the show, including its basic plot or release date. This appears more to quell rumors (which have been swirling for months) and build hype than anything else.

It's far from shocking that CBS would unveil Picard's new tale so soon. Discovery has clearly been the tent pole for All Access, earning a second season and a spin-off Short Treks series. This gives viewers a reason to keep their subscriptions going for the long haul, rather than dropping service the moment their latest series marathon is over. CBS' greater challenge may be to diversify its top-tier shows so that it's not dependent on Gene Roddenberry's sci-fi universe to keep people interested.

It is an unexpected but delightful surprise to find myself excited and invigorated to be returning to Jean-Luc Picard and to explore new dimensions within him. Read my full statement in the photo. #StarTrek @cbsallaccess Photo: @shervinfoto pic.twitter.com/8Ynuj3RBNm

In this article: cbs, cbsallaccess, entertainment, internet, services, startrek, streaming, television, tv
All products recommended by Engadget are selected by our editorial team, independent of our parent company. Some of our stories include affiliate links. If you buy something through one of these links, we may earn an affiliate commission.