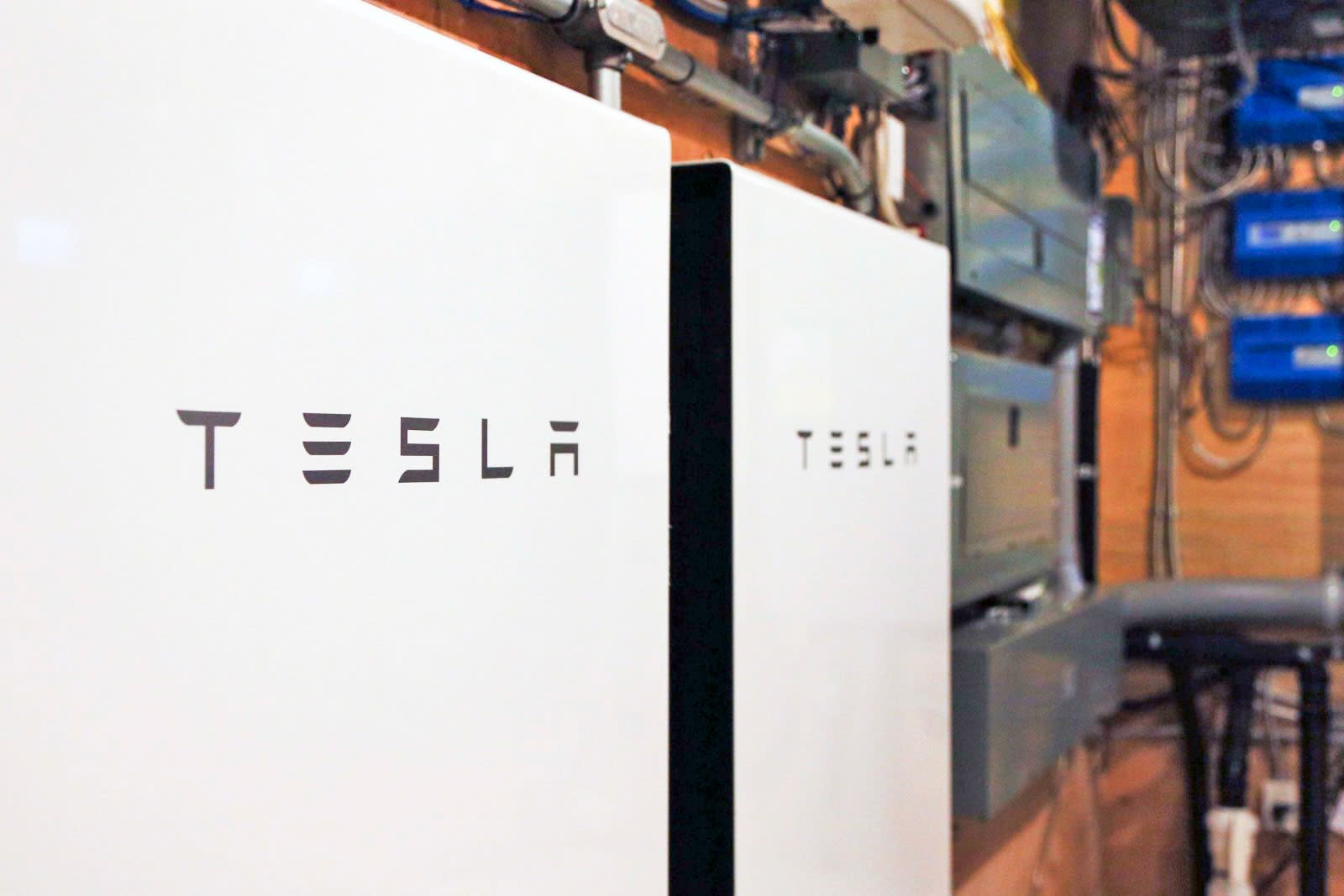 Tesla has launched a new feature for PowerWall that will keep the lights on even when things go to heck. Called "Storm Watch," it will check forecasts and fully charge up to provide backup power to your house when nasty weather is coming. The feature, spotted by Electrek and Tesla owners, showed up in the latest Tesla Android app update.

There's not a lot of other detail; Tesla simply said that "for Powerwall customers with backup and in selected regions,Tesla will automatically detect incoming storms and store energy." One customer noticed that according to the app, after the storm passes, "your system will return to its previous settings." The feature is timely in any case, coming just ahead of hurricane season.

Tesla also introduced a feature related to "Grid Services." It hasn't used that term before, but it's likely related to recent grid tests using Powerwalls in Vermont, Canada and elsewhere. In Nova Scotia, for instance, excess wind power is stored in Powerwalls located in private homes, then released around the grid when there's a deficit. Presumably, the new app update would tell users that they're generously loaning power to neighbors.

In this article: gear, green, Powerwall2, StormWatch, Tesla
All products recommended by Engadget are selected by our editorial team, independent of our parent company. Some of our stories include affiliate links. If you buy something through one of these links, we may earn an affiliate commission.