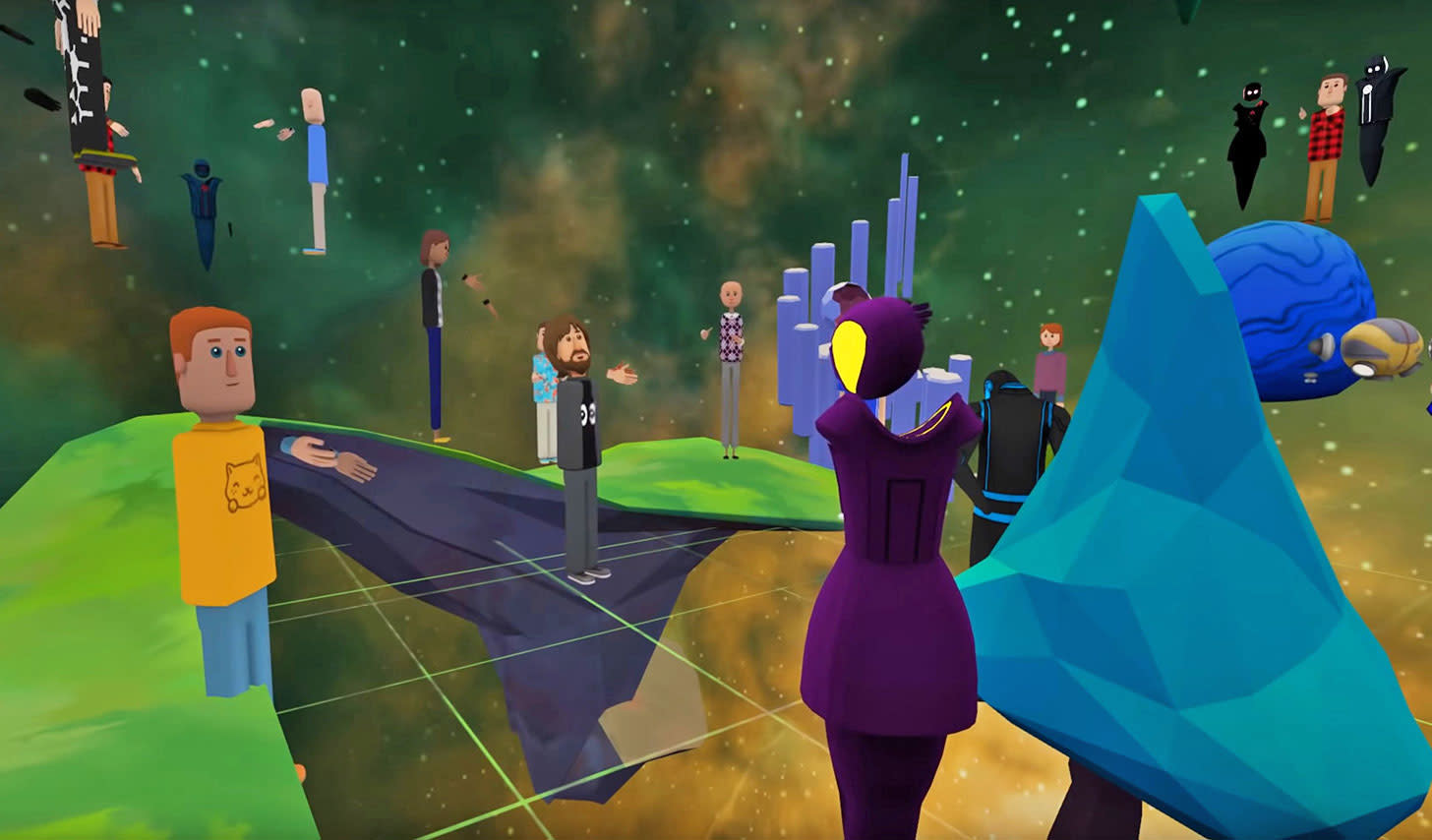 Microsoft's AltspaceVR differs drastically from other social networks by letting you share the same (virtual) space with your friends. Now, it's giving you more places to hang out with custom building kits. You start with a virtual hangout based on the popular "Campfire" and "Alien Planet" spaces, then customize it by grabbing assets from a curated library of flora, structures and shapes. You can then host muliplayer social games within your space and even add custom 3D design and sound.

"This is step one of a greater plan to make sure our community can help build AltspaceVR with us," said Microsoft's AltspaceVR group on its blog. "Today our community will have basic kits that they can use to build their environment."

If you're unfamiliar with AltspaceVR, it's akin to Second Life, but for VR. The site was experiencing financial trouble last year, but Microsoft stepped in to purchase it in October. Microsoft recently added a new lobby called Origin where users can hang out.

With the new kits, you can choose a starting environment from templates like Base Worlds and SDK Playgrounds Worlds, then assign it a name and profile picture. To amp up the social appeal, it lets you take in-world photos and connect to friends' or community spaces simply by adding a teleporter.

In this article: AltspaceVR, av, customize, entertainment, environments, GearVR, microsoft, OculusGo, SocialNetwork, VirtualReality, VR, wearables
All products recommended by Engadget are selected by our editorial team, independent of our parent company. Some of our stories include affiliate links. If you buy something through one of these links, we may earn an affiliate commission.