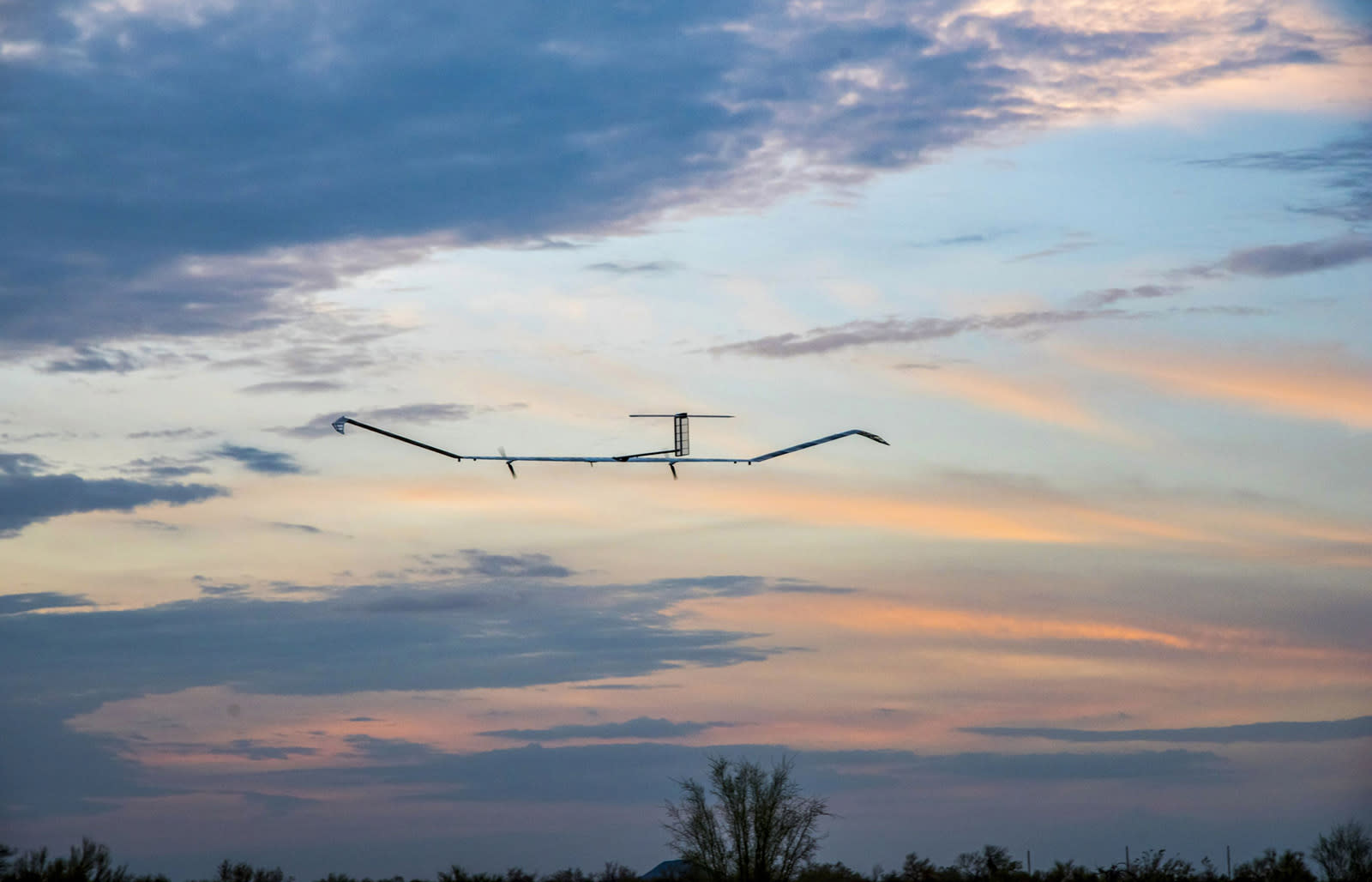 While Facebook and Google recently pulled the plug on their solar-powered internet drones, another company with a lot more experience is having success with the idea. Airbus announced that its solar-powered Zephyr S HAPS (high altitude pseudo-satellite) flew for 25 straight days, setting a time aloft record for any airplane, ever. It shattered the previous record of 14 days, marked by a previous prototype Zephyr aircraft.

The Zephyr flies on sun power alone at over 70,000 feet, an altitude that just a few aircraft like the Concorde and SR-71 Blackbird have reached. That's well above any weather, and lets it perform reconnaissance, surveillance and communications/internet duties. "[It fills a] capability gap complimentary to satellites, UAVs and manned aircraft to provide persistent local satellite-like services," Airbus said in a press release. A video of the takeoff (below) shows that it can be lifted and launched by hand. Once aloft, it can be operated for a fraction the cost of a satellite.

One of the Airbus' launch clients for the Zephyr is the UK military, which ordered three of the aircraft. The Zephyr S is a production, rather than prototype aircraft like previous models. Airbus first showed the UAV at the airshow in Farnborough, near East Hampshire, England, where it will build the aircraft. The military might use it for spying, but it could also be deployed to detect oil spills and other disasters. Airbus plans to eventually move its Zephyr base of operations to Australia and launch a more powerful model called the Zephyr T.

It could also be used to distribute internet, much like Facebook Google had planned to do with the Aquila and Solara 50 UAVs. Google said it will stick with its Project Loons to do that, while Facebook will work with other companies building solar UAVs, presumably including Airbus. Facebook abandoned its plans for the Aquila aircraft shortly after it crashed during a test flight.

In this article: Airbus, gear, green, High-altitude, PseudoSatellite, Record, SolarPowered, tomorrow, transportation, UAV, unmanned, ZephyrS
All products recommended by Engadget are selected by our editorial team, independent of our parent company. Some of our stories include affiliate links. If you buy something through one of these links, we may earn an affiliate commission.