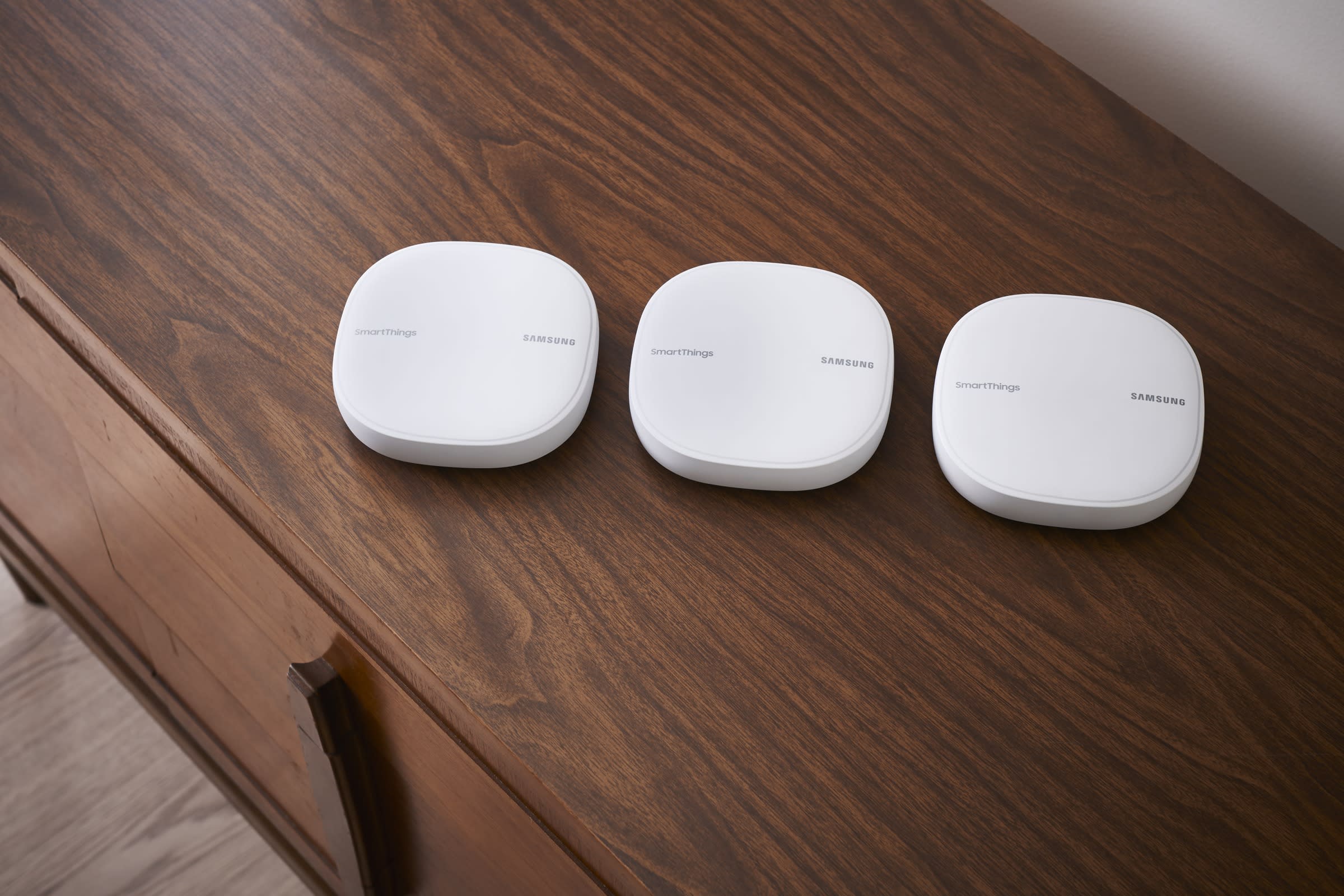 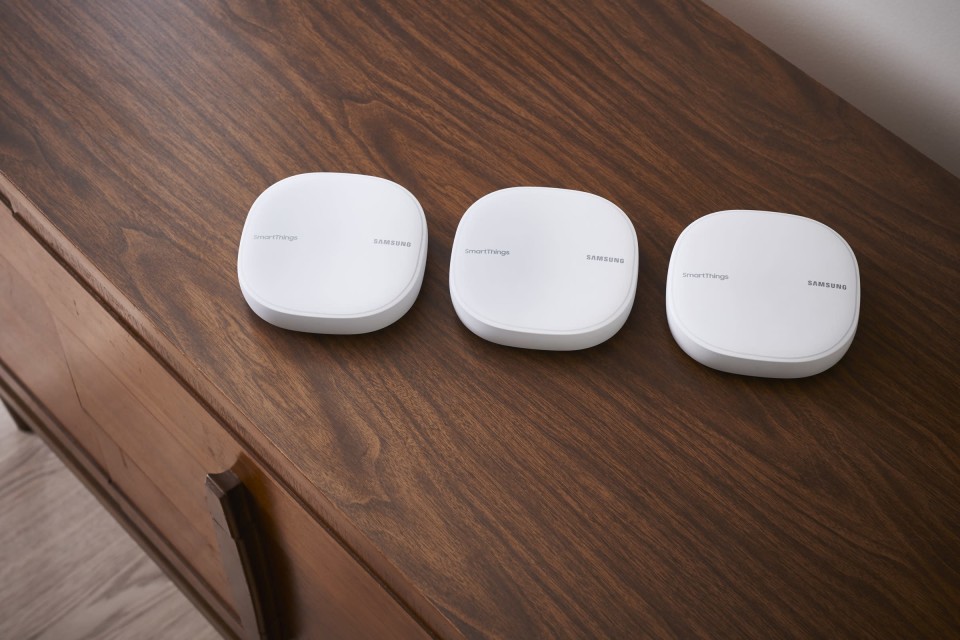 Mesh WiFi systems, like those from Eero, Netgear, Google and many others, have quickly become the preferred way to blanket a home in internet coverage. It provides a simple way to reach all corners of a house, something that's needed with the growing number of WiFi-enabled smart home devices.

Samsung, which bought home automation platform SmartThings back in 2014, is tackling both mesh WiFi and smart home connectivity with its new, simply-named SmartThings WiFi mesh network system. As the name suggests, this system consists of multiple access points you can spread throughout your home to provide strong WiFi coverage. And like last year's Samsung Connect Home router, the new model also includes a full SmartThings hub, a helpful feature for people trying home automation for the first time.

While the SmartThings hub makes Samsung's offering unique, it also has some notable features on the WiFi side as well. Samsung partnered with Plume, one of the first companies to build out mesh WiFi systems, to offer AI-based networking optimization. Once everything is set up, the network begins "learning" about how a household uses the available bandwidth and it can divide it up between devices to maximize performance.

For example, when I upload large files to Dropbox or Google Drive, my computer usually saturates the available upload bandwidth, which means that all the rest of the devices in my house suffer for it. But Samsung says that its WiFi system will know to leave enough bandwidth available so that Netflix can keep streaming if I'm watching it while I upload. And as network resources are freed up, something hungry for more speed will get it. Plume does this not just by analyzing a single network but by learning from other homes using Plume so it has more data to draw on when moving resources around. Naturally, the Plume app lets you see everything happening across the network, including which devices are using the most data and sucking up the most bandwidth. But the main network management and setup comes through Samsung's own SmartThings app, where you can manage access to the internet by device or by user. Network administrators can assign devices to users and then restrict that person's access, regardless of whether they're getting online via a phone or laptop or anything else.

These sort of features are commonplace in most modern WiFi systems, but being able to take advantage of Plume's optimization is a solid addition to the SmartThings WiFi system. Especially since Plume charges $60 per year to get its "active management" features if you're using the company's hardware. That said, we'll have to put this system to the test to see how much of a difference Plume optimization really makes.

As for the SmartThings hub built into the router, it's a pretty straightforward implementation -- it can control hundreds of WiFi-connected devices, but it also works with low-power sensors and other products using the ZigBee and Z-Wave protocols, as well. If you're only interested in setting up a smart thermostat or some WiFi light bulbs, you won't get much of a benefit from the SmartThings hub -- but once you start building out multi-action routines or impliment motion or temperature sensors, you'll appreciate the flexibility that comes with something like the SmartThings hub. Standalone hubs aren't exactly cheap (Samsung is releasing a new one that'll run $70), so getting these features built in to a mesh router isn't a bad deal. And the SmartThings WiFi devices are pretty competitive from a price standpoint: a single device will retail for $120, while a three-pack costs $280. That's $5 and $10 cheaper than Google WiFi, which doesn't come with any sort of smart home management built in. While lots of Samsung products aren't worth buying unless you're deep in the company's ecosystem, it sounds like the SmartThings WiFi system is worth considering if you need stronger WiFi and also want to make your home smarter.

In this article: gadgetry, gadgets, gear, internet, meshwifi, samsung, smartthings, wifi
All products recommended by Engadget are selected by our editorial team, independent of our parent company. Some of our stories include affiliate links. If you buy something through one of these links, we may earn an affiliate commission.