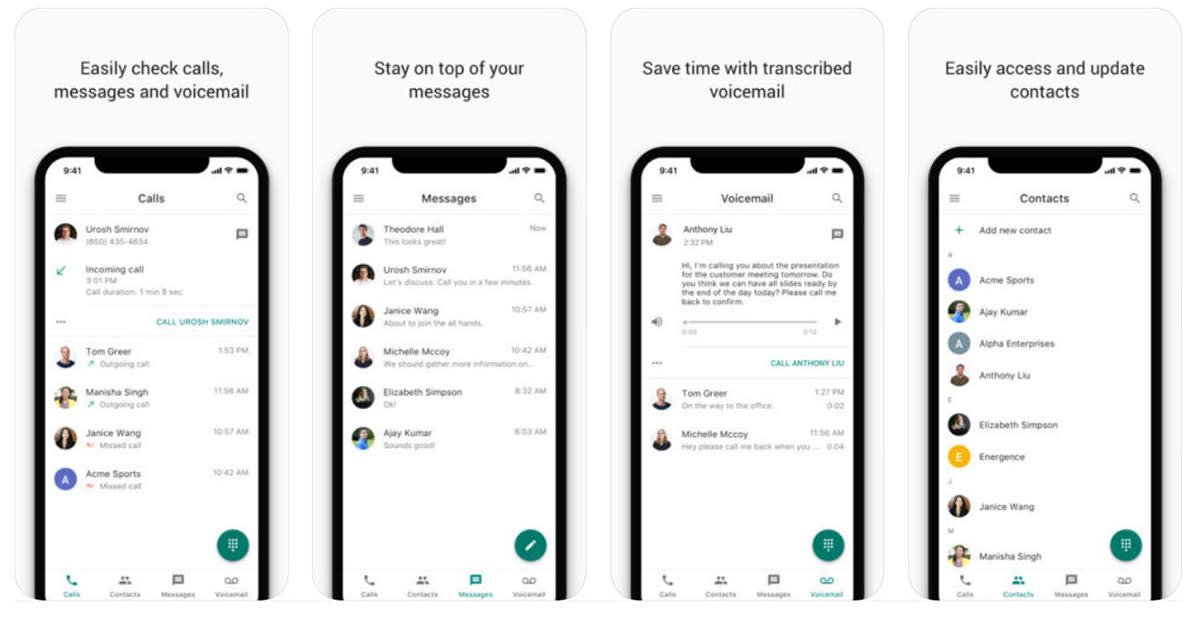 Google recently added Voice to its enterprise G Suite, and the revamped app has now arrived for iOS users. As suggested by the redesigned icon (which strongly resembles the Hangouts Dialer icon), its main job is to give users calling features via standard telephony over and above what you'd expect on regular apps. As such, it can do things like email you about missed calls, transcribe messages, enable "do not disturb" based on your working hours and access contacts stored elsewhere in G Suite.

The main differences with the previous version of Google Voice are the aforementioned G Suite integration (though you can still use it for personal accounts in the US) a new design, a Contacts tab, and performance improvements. As before, Voice will transcribe voice messages, let you filter out spam, and backup or search calls, text messages and voicemails.

The "do not disturb" features existed before, but they will work with the Digital Wellbeing hours you set on Google's Calendar. When you receive messages after your designated workday, they'll automatically be forwarded, while calls will be sent directly to voicemail.

Meanwhile, enterprises can easily manage users, create detailed call reports and set up routing functions. Google promises that Voice could save you money on international calls, but it's also been testing VOIP functionality using WiFi and cellular data.

The latest version of Voice is rolling out to iOS, but 9 to 5 Google said Android users started getting the update up to a week ago, so you'll likely see it on Play in the near future. Given that some features, like Digital Wellbeing, are part of Android Pie, some features may be limited, depending on your device. On top of that, Google Voice for personal accounts only works in the US and in select countries for G Suite.

In this article: business, CAlling, Contacts, gear, google, GoogleVoice, GSuite, HangoutsMeet, logo, mobile, Redesign, VideoConferencing
All products recommended by Engadget are selected by our editorial team, independent of our parent company. Some of our stories include affiliate links. If you buy something through one of these links, we may earn an affiliate commission.