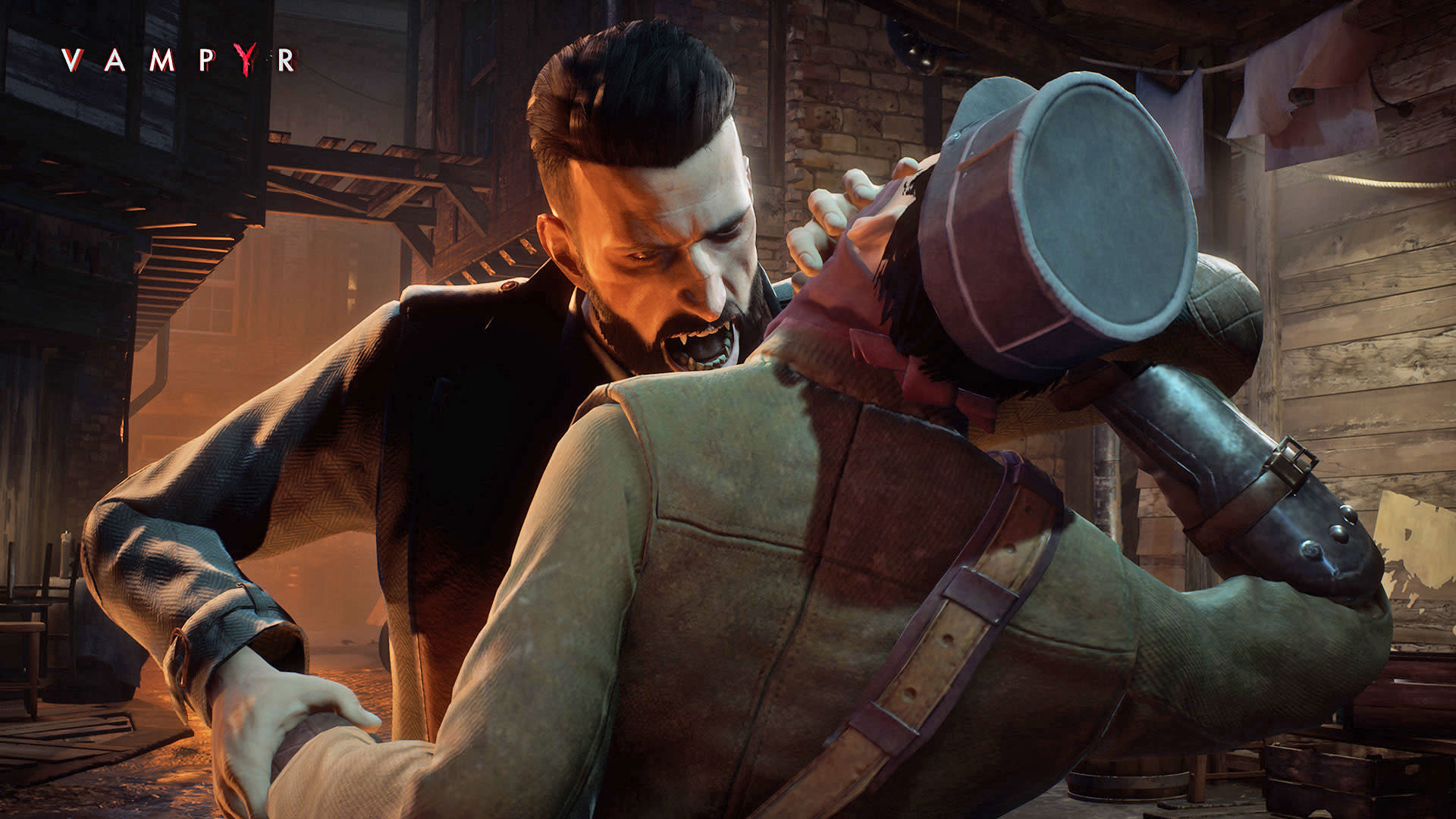 If you're looking for a new supernatural television series, you're in luck (if you don't mind waiting a while). Fox 21 Television Studios will produce a new show based on the video game Vampyr by the developer of Life is Strange, Dontnod. The title came out for Windows, PlayStation 4 and Xbox One on June 5th.

The RPG game explores 1918 London through a dual lens. The male protagonist is a doctor who believes in science, but also a supernatural being who must feed on the living to survive. Most combat can be avoided in Vampyr, and you don't have to kill innocents to finish the game. The title won a Best of E3 award in 2017, and reached the number one spot on the Steam charts.

The deep, dark world of Vampyr could make for some compelling entertainment. "We believe it is a fantastic premise for a television show, said Dontnd CEO Oskar Guilbert in a statement. "This is a new and exciting way for fans of the game, as well as the uninitiated, to enter and engage with Vampyr's rich, deep story."

In this article: av, dontnod, entertainment, fox21, game, television, vampyr, videogame
All products recommended by Engadget are selected by our editorial team, independent of our parent company. Some of our stories include affiliate links. If you buy something through one of these links, we may earn an affiliate commission.