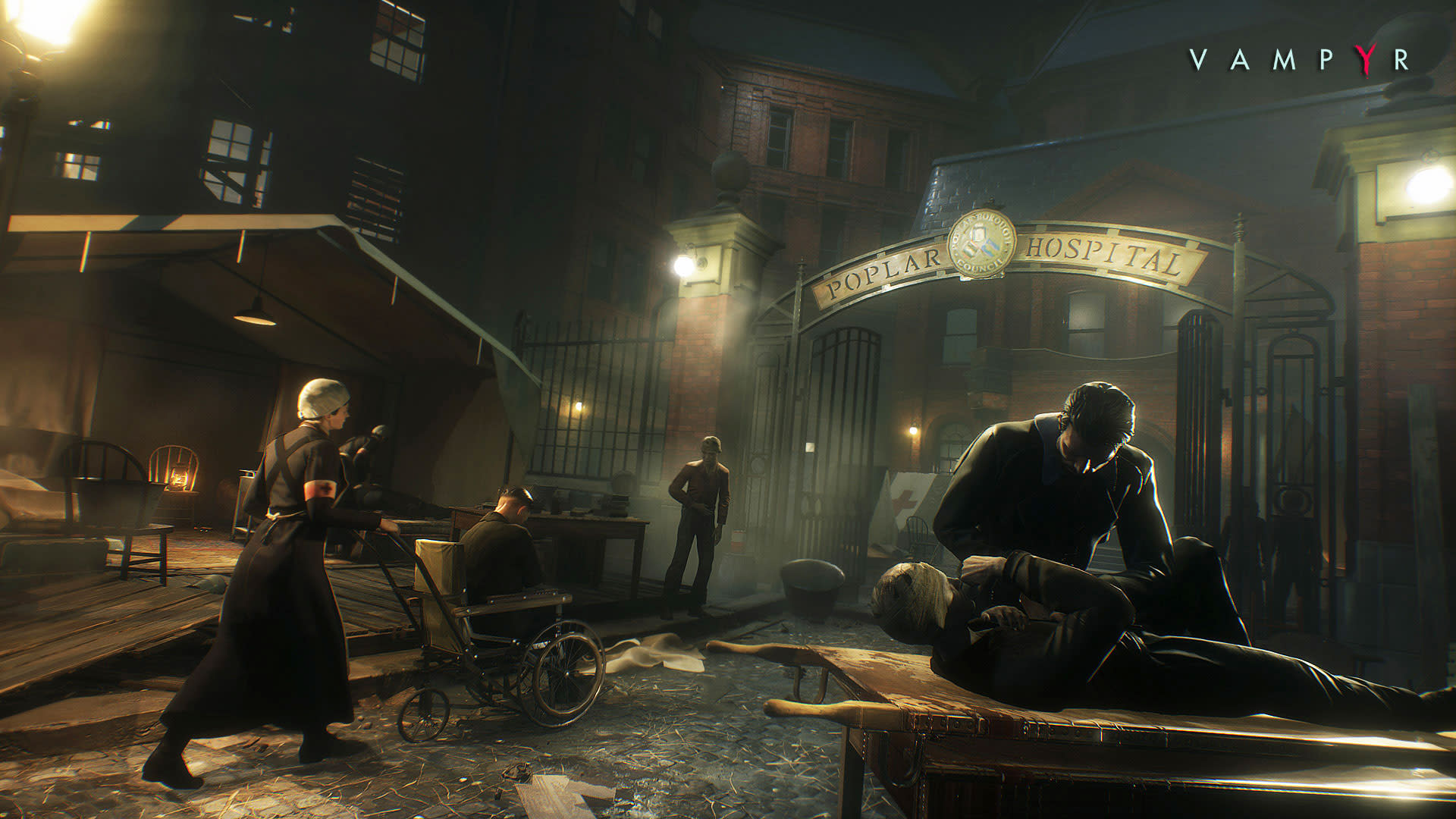 'Vampyr' and the gender politics of 1918 London

"With what we needed from the character at the time, it was perfect to pick a male."

Vampyr, the next game from Dontnod Entertainment features a white, male protagonist. For any other studio, this is de rigueur, something dictated by the gaming industry's presumed demographic. But for the team behind Life is Strange and Remember Me, it's the first time they've delved into the male mindset. And it wasn't the result of market research either: It's because Vampyr's story wouldn't have worked any other way.

The PC, PlayStation 4 and Xbox One game takes place in London, circa 1918. World War I has just ended, the Spanish Flu pandemic is killing thousands, the first wave of feminism has begun and women were recently made eligible to hold seats in Parliament. Elsewhere, communism is beginning to spread outward from Russia. As Dr. Jonathan Reid in Vampyr, you're caught in the midst of all of this and more.

"We needed that kind of setting to make [the story] believable," said art director Grégory Szucs. "With what we needed from the character at the time, it was perfect to pick a male. It was more interesting and more fitting to pick a woman for Life is Strange."

Vampyr is a story of duality, according to Dontnod. You play as Reid, who believes in science and helping people as a doctor, but you're also a supernatural being who must take lives and feed on the living to survive. Narrative director Stéphane Beauverger said that there were a few cases of female doctors during this time period, but the vast majority of people with a scientific or medical background were white and male.

"To be historically accurate, if we'd created a female character, each time she went to a house and said, 'Hello, I'm a doctor,' she wouldn't be believed," Beauverger said. This plays a direct role in vampire fiction in general: Unless bloodsuckers are invited inside, they can't cross the threshold of someone's door.

"Normally as a doctor at this time, when you knock on the door you're invited in. That makes it very easy for a vampire to enter a house," he said.

"We needed [Reid] to already have influence over people because of where he comes from and where he was born, his place in society, his being a doctor, all before he was a vampire," Szucs added.

That's not to say that there aren't prominent female characters in Vampyr. Your main point of contact with the underworld, for instance, is an ancient vampire named Lady Ashbury. She's a sort of matriarch who deals with sexism even in the game's vampire society. Her role here is to guide Reid through his new life. She's essentially his moral compass.

"She's independent," Beauverger said. "She tries to shake things up." Sometimes it's in subtle ways that we'd overlook today but that were radical ideas in Vampyr's setting, like Ashbury wearing something other than a skirt or dress. "It was illegal at the time for women to wear pants," Beauverger said. But still, Ashbury does.

What we've seen of her at this point is minimal, but, given Dontnod's history, it's highly unlikely that she'll be left on the sidelines.

"As a doctor, when you knock on the door you're invited in. That makes it easy for a vampire to enter a house," Beauverger said.

Speaking to the studio's past work and exclusively female protagonists, Beauverger mentioned that story has always dictated who you're playing as -- not his own desires as an admittedly white, male narrative director. Take Dontnod's first game, Remember Me, from 2013. You play as Nilin, a multiracial woman who, by story's end, discovers the evils she's been fighting throughout the game have been constructed by her parents. Beauverger said that the team didn't create Nilin because her gender would tick a certain box but because her gender was the right fit for their first game.

With Vampyr's main character and Dontnod's track record of success, however, there likely won't be much of a pushback from the marketing department ahead of the game's 2017 release.