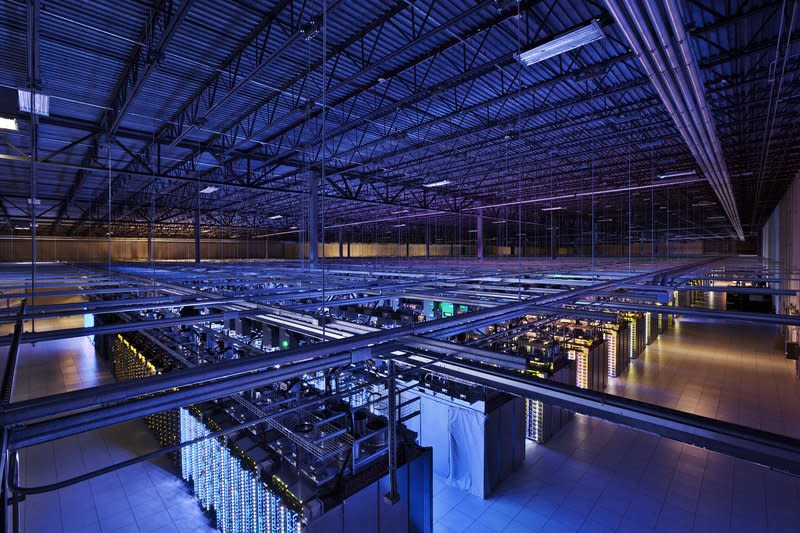 Google's data centers hold thousands of servers and they power everything from Google Search to Gmail to YouTube. But those data centers need to be kept cool in order for those servers to run reliably. A couple of years ago, Google began applying AI to its data center cooling systems and it offered system controllers recommendations about how to boost energy efficiency while maintaining optimal temperatures. Now, Google says its AI is running the show.

When the company developed its AI-powered recommendation system, it said the thinking behind the move was simple. "Even minor improvements would provide significant energy savings and reduce CO2 emissions to help combat climate change," DeepMind said in a blog post today. After implementing the system, the company's data center operators reported that it was uncovering some improved techniques, but vetting and manually implementing they system's recommendations was requiring a fair amount of time and effort. That's when Google began to explore an automated system.

Now, the AI system is implementing actions on its own, though human operators are always there to supervise and take over if need be. Every five minutes, the system takes a snapshot of the cooling system and that information is fed into DeepMind's neural networks. The AI then assesses which actions should be taken to maintain temperature but minimize energy consumption, and after those actions are run through a number of safety checks, they're implemented.

Google says that the system has been in place for a few months and it's producing energy savings of around 30 percent. It's also continuing to find new techniques to satisfy energy saving goals. The company adds that data centers might not be the only places that could benefit from such a system. "In the long term, we think there's potential to apply this technology in other industrial settings, and help tackle climate change on an even grander scale," it said.

In this article: ai, cooling, datacenter, deepmind, gadgetry, gadgets, gear, google, green, internet
All products recommended by Engadget are selected by our editorial team, independent of our parent company. Some of our stories include affiliate links. If you buy something through one of these links, we may earn an affiliate commission.