The feature's only available to Insiders for now.

Skype has given Insiders on Android a sneak peek of an upcoming feature called "SMS Connect." Windows Blog Italia has spotted an option in the latest version of Skype Preview's settings that would allow you to send and receive texts using Skype on Mac or Windows PC. Say, a friend texts you on your Android phone -- you can reply to that message straight from the Skype app on your computer. You can only see the feature right now if you're an Insider with Skype Preview on Android, but it looks like you still can't switch it on. Rest assured that the feature is real even if you can't see it: Skype Insider's Twitter account has confirmed that it's something the team is working on. 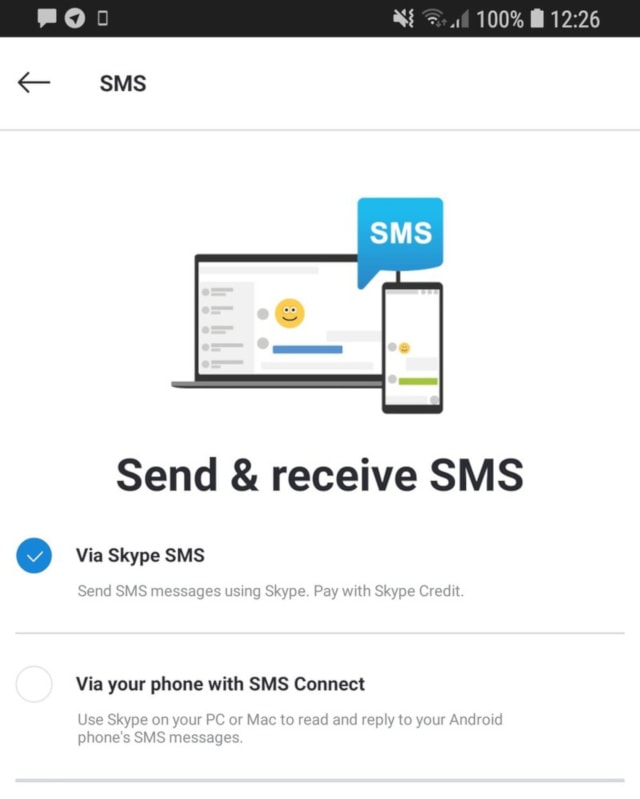 According to Windows Central, an update for Skype Preview on desktop also comes with a change log that says "Use Skype on your PC or Mac to read and reply to your Android phone's SMS messages. To get started, tap the button to install Skype on your Android phone." No word on whether SMS Connect will also be available for iOS. If you're a Windows Insider, you'll have the chance to test it in upcoming builds to ensure it's as bug-free as possible when it rolls out to everyone in the future.

Based on your feedback for this feature, we're really excited to introduce SMS Connect to Insiders! You've seen our sneak peak of the setting in 8.29. 🙂 We'll let you know what scenarios to help test in future builds as we light up the feature.

All products recommended by Engadget are selected by our editorial team, independent of our parent company. Some of our stories include affiliate links. If you buy something through one of these links, we may earn an affiliate commission. All prices are correct at the time of publishing.
Skype previews texting feature for PCs
gear
insider
internet
microsoft
mobile
skype
skypepreview
windows