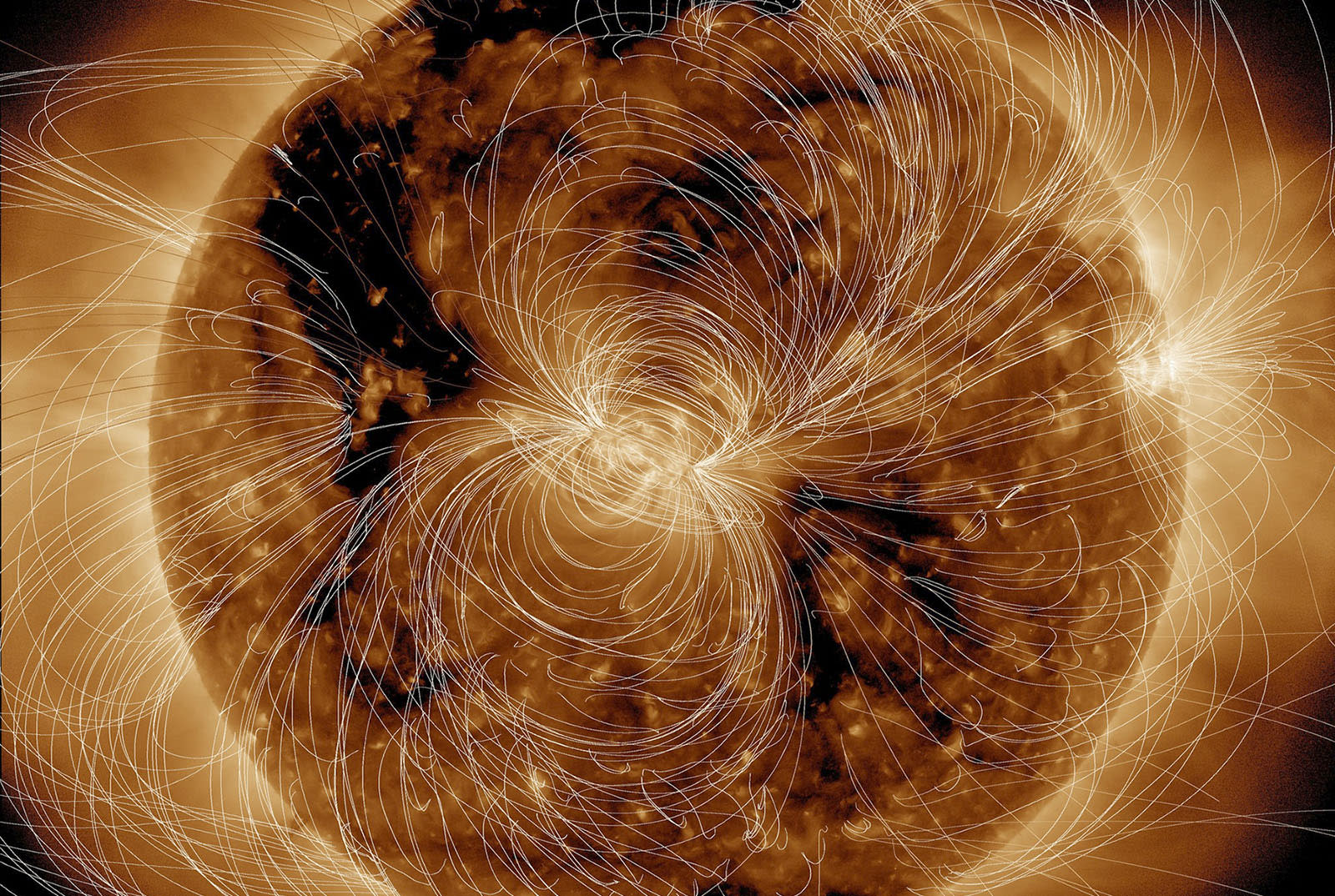 Just another day in our Sun's crazy magnetic life

Sunspots, flares and other solar activity show the sun's wild side, but we never see the massive forces that cause them. Now, scientists from NASA's Solar Dynamics Observatory (SDO) have created a visualization of the powerful magnetic fields that create havoc on the solar surface. They overlaid a computer-generated magnetic field onto a live image from August 16th, giving us a fuller picture of the sun's power and menace.

The solar magnetic field is created by particles colliding with each other in hot plasma around the sun's outer layer, or convection zone. Each line represents a magnetic eruption that rises and decends to the surface. Those in turn can eventually generate flares and coronal mass ejections which, if large enough and pointed in our direction, can cause chaos with electrical devices here on Earth.

When you zoom in more closely, the surface of the sun looks like a closeup of human skin. Small holes in the surface are known as pores, while the larger ones (often much bigger than Earth) are called sunspots. Both represent regions of concentrated magnetic fields that block light and photons from escaping, as explained above.

Solar storms are like a party that keeps getting larger until something eventually breaks. As the magnetic fields become stronger, they induce larger and larger flares and storms, until eventually our star hits its "solar maximum." At that point, the magnetic poles flip and the activity calms down towards the "solar minimum." These cycles happen like clockwork every 11 years or so.

While it looks like all hell is about to break loose, the image at top shows just an ordinary day on the sun. The last solar maximum generated crazy sunspots and flares back in 2014, but it was actually pretty mild compared to past ones.

The biggest on record, the Carrington event of 1859, caused telegraph wires to spark and burst into flames. If that were to happen today, it would cause a lot more problems than missed telegrams. That's why we need NASA's SDO and future projects like ESA's space telescope to gain more insight into the sun's weird behavior. The more we study it, the better we can predict when it will throw the next internet-breaking nuclear fit.