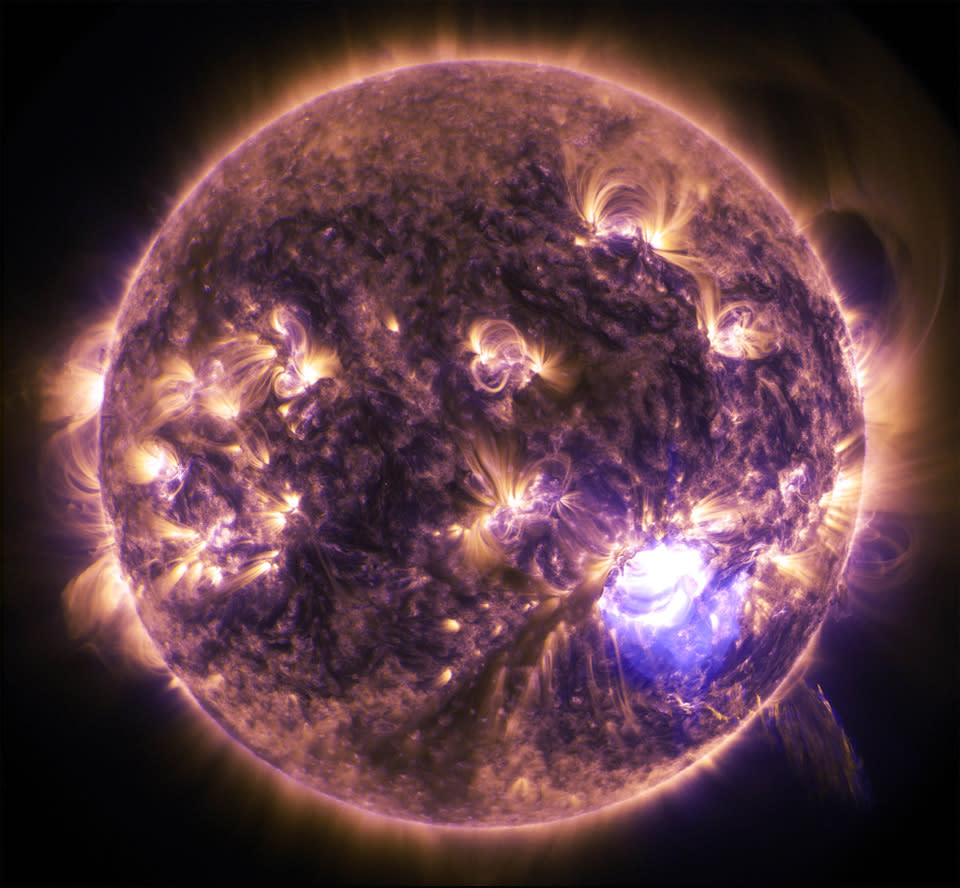 It's no longer rare to hear reports of solar flares that could affect Earth, but seeing them in vivid detail? That's another matter. Thankfully, NASA's Solar Dynamics Observatory recently captured a high-intensity X1.8 flare (80 percent more intense than an already huge X1 flare) in action. The pretty pyrotechnics you see above represent a subset of the ultraviolet light from the eruption, while the video below shows what it looked like in other wavelengths. And the kicker? As impressive as this may be, it's far from the largest example in recent memory -- that honor goes to a mammoth X28+ flare from 2003. These ejections aren't so enjoyable when they cause havoc with communications and navigation systems, but they at least make for a good light show.

In this article: bigpicture, flare, nasa, science, sdo, SolarDynamicsObservatory, solarflare, space, sun, thebigpicture, video
All products recommended by Engadget are selected by our editorial team, independent of our parent company. Some of our stories include affiliate links. If you buy something through one of these links, we may earn an affiliate commission.