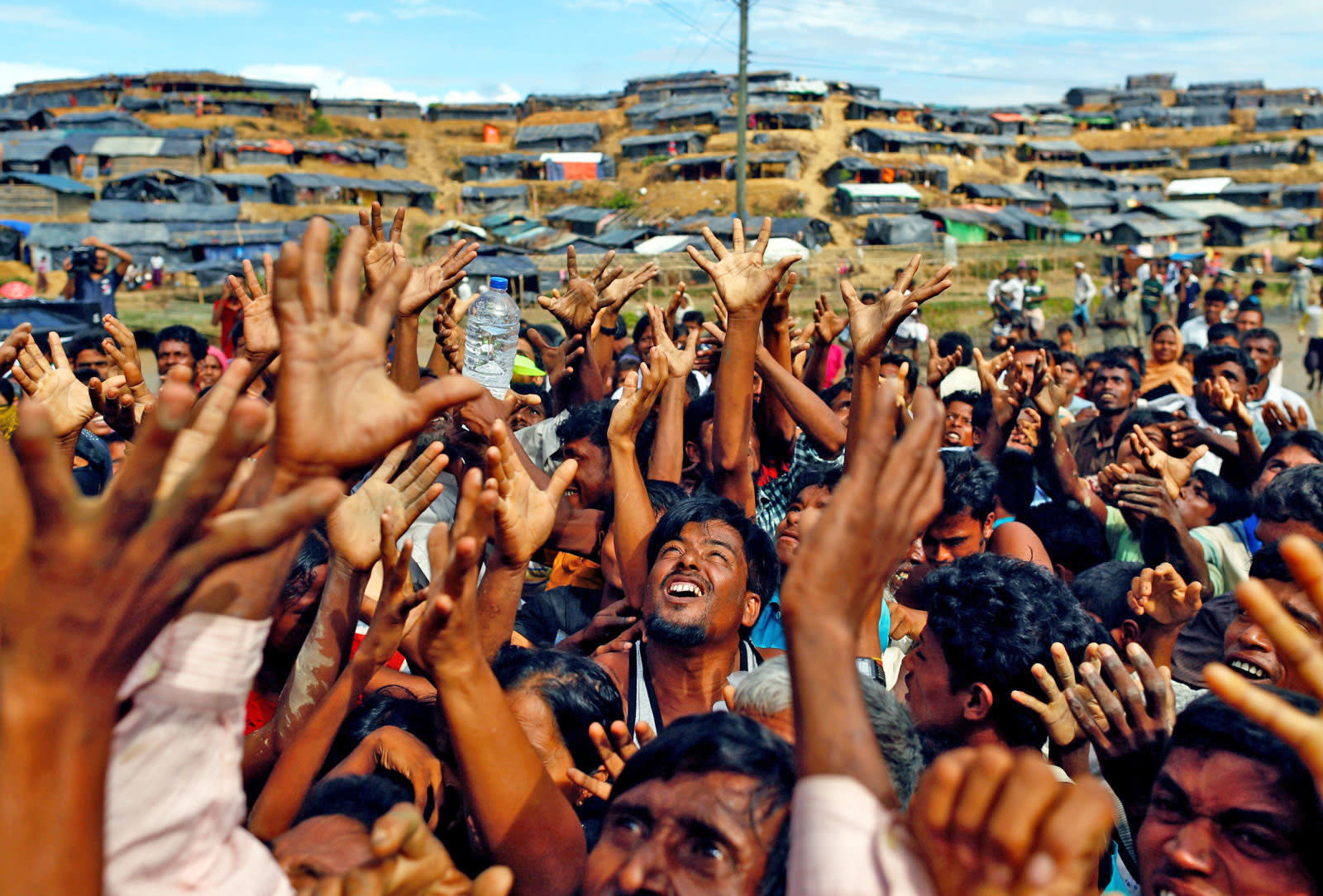 Facebook is taking action to halt the spread of hate speech and misinformation in Myanmar, banning Senior General Min Aung Hlaing, the Myawady military TV network and other people and groups. It said that international experts, working with the UN Human Rights Council, "found evidence that many of these individuals and organizations committed or enabled serious human rights abuses in the country." In total, it removed 18 Facebook accounts, 52 pages and one Instagram account.

The UN has just released a damning report accusing the Myanmar military of genocide against the Rohingya, writing that the it was "killing indiscriminately, gang-raping women, assaulting children and burning entire villages." Over 25,000 Rohingya have been killed and over 700,000 have fled to Bangladesh. The UN further recommended that those responsible be tried for "atrocious crimes, instead of more hollow condemnations and expressions of concern."

Facebook acknowledged that it was "too slow to act" on the problem, which first surfaced over a year ago. It only took action belatedly at the urging or six organizations that condemned Facebook for the way it handled the spread of misinformation early in the conflict. The was further inflamed by the Facebook's Free Basics internet service, which it has since pulled from Myanmar and other markets.

Facebook launched an investigation into the problem earlier this month, but its move to ban military figures is its most significant yet, and will likely draw the ire of the Myanmar government. It seems to be timed with the release of the UN report, which came just minutes before. Facebook listed several posts it pulled, including one posing as an innocent news post that instead "covertly pushed the messages of the Myanmar military." It also removed content that violated its community standards.

Facebook said that by banning the military accounts, "we want to prevent them from using our service to further inflame ethnic and religious tensions." At the same time, it has promised to preserve the data in the banned pages. The UN hopes that individuals in the military responsible for the genocide will be held to count, and called for them to be brought before the international criminal court (ICC).

In this article: Ban, EthnicViolence, facebook, gear, HateSpeech, HumanRights, internet, Military, misinformation, Myanmar, politics
All products recommended by Engadget are selected by our editorial team, independent of our parent company. Some of our stories include affiliate links. If you buy something through one of these links, we may earn an affiliate commission.