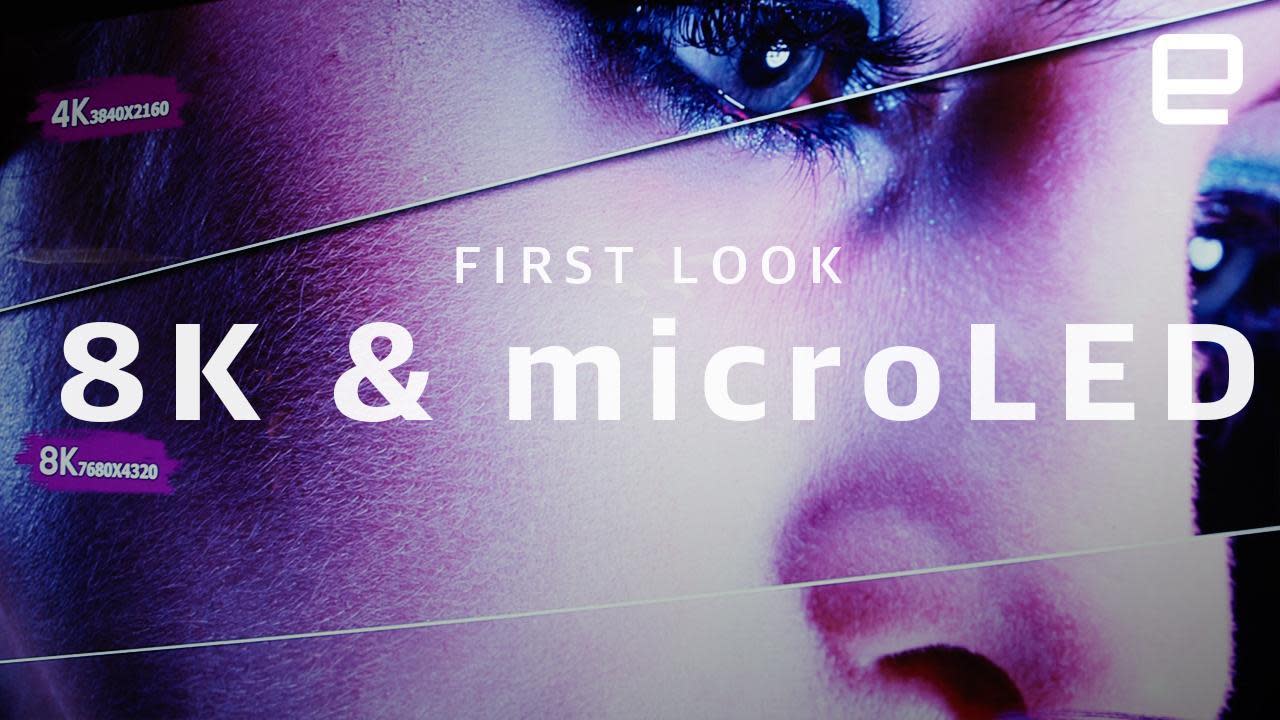 A few years ago it was curved TVs and 4K, but the never-ending game of LG vs. Samsung and who can create the most unnecessary display porn has moved on. Yesterday, Samsung showed off its first consumer-ready 8K QLED TV at IFA, but LG wasn't going to let its Korean nemesis take all the super-ultra-high-definition glory. And so today LG announced its own 88-inch 8K OLED panel, which is, naturally, a "world's first" because there's little reason for it to exist right now. There's no price or release date or really any information whatsoever on the TV because it's basically just a technical exercise, and because it's 3 inches bigger than the biggest Samsung TV, LG kinda won, I guess? And yes, it looks incredible.

But 8K isn't the only battleground on which blood has been spilled at IFA. Samsung might actually be close to shipping its insane 146-inch 4K MicroLED TV to deep-pocketed consumers, but LG wanted everyone to know bigger is better by unveiling its own 173-inch model today. Again, it's absolutely mesmerizing to stare into, but that's about as close to a technical detail as you're gonna get considering it's the display equivalent of magic beans. Still, it's fun to see the two massive international companies continue their playground one-upmanship of who has the shiniest Pokémon card.

In this article: 8k, av, entertainment, gear, ifa2018, lg, microled, oled, samsung, tv, video
All products recommended by Engadget are selected by our editorial team, independent of our parent company. Some of our stories include affiliate links. If you buy something through one of these links, we may earn an affiliate commission.