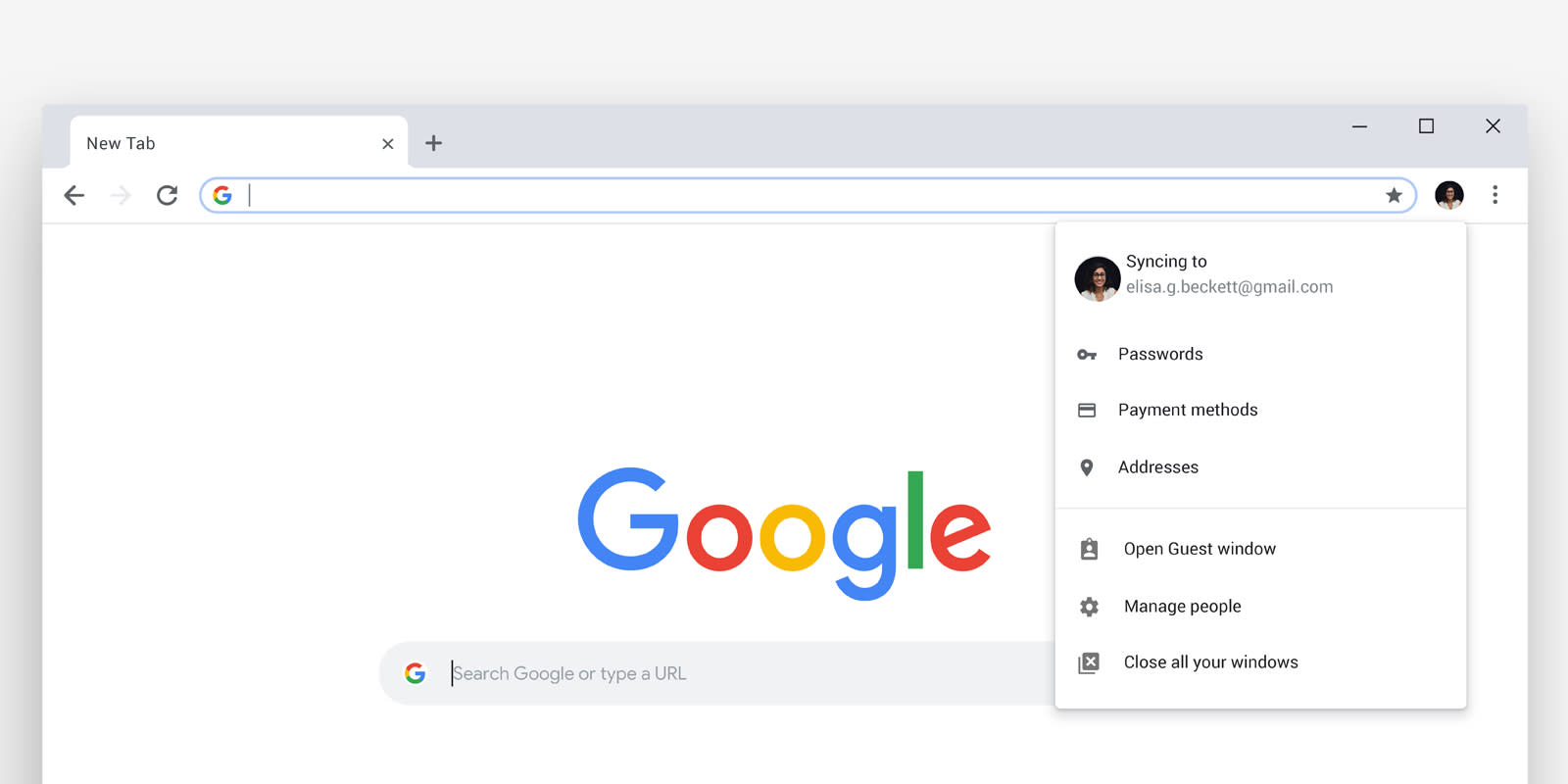 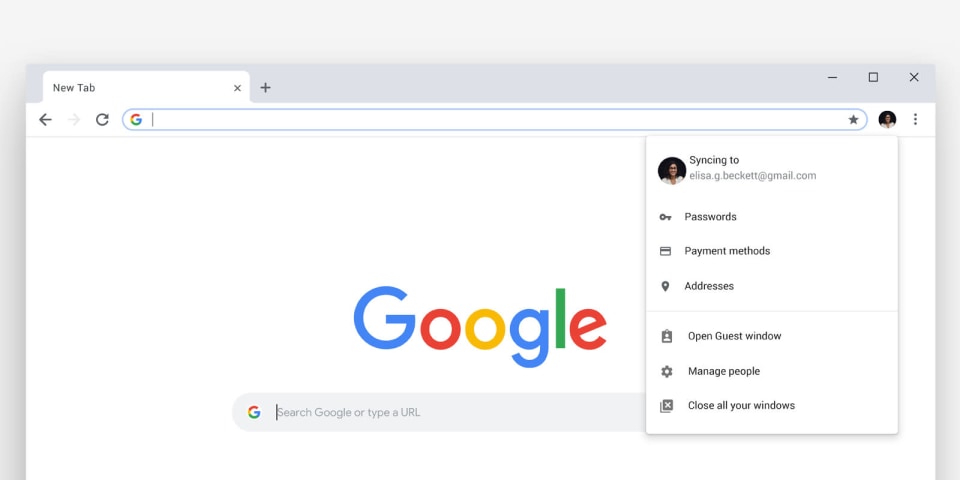 Chrome recently marked its 10th birthday (September 2nd, to be exact), and Google is taking advantage of that milestone to unveil a major redesign of its now-ubiquitous web browser. After a few rounds of beta testing, the new version being pushed to everyone touts a more rounded Material 2 aesthetic that both drags Chrome into the modern era and promises some functional improvements. It's ditching the trapezoidal tabs in favor of straightforward designs that make web icons easier to see when there are loads of tabs open. Menus, prompts and addresses are also much simpler, and the toolbar is now on the bottom for iOS users to make it easier to reach.

You'll find deeper changes as well. The unified search bar (aka the Omnibox) now shows some answers directly in the address bar, sparing you from opening a new tab just to check the weather or verify some celebrity trivia. Password management has likewise taken a step up with built-in password generation and smarter recognition for when passwords are necessary. Autofill is more accurate, and you can use the new tab page to both create new site shortcuts and customize the background for those just-opened tabs.

The refreshed Chrome should be available across all desktop and mobile platforms as of today.

Whether or not this particular release bowls you over, it's safe to say that Chrome has had a lasting impact on the tech industry in the past decade. It wasn't the first browser to seriously challenge Microsoft's dominance, but it was certainly the most successful -- NetMarketShare put Chrome's desktop usage at 62 percent versus 16.2 percent for Internet Explorer and Edge combined. Chrome helped popularize web apps, device-to-device preference syncing and security features like sandboxing (which prevent crashes and malicious code from compromising other tabs).

And then there's Chrome OS. While it still has only a small fraction of the PC space and even less on tablets, it found an audience at schools, companies and other organizations that value low cost and security over access to a vast catalog of desktop apps. Arguably, ultra-low cost Windows laptops and Apple's latest iPad wouldn't exist without pressure from budget-priced Chromebooks. Although Google isn't about to conquer the computing landscape with Chrome, it's evident that the company wants its signature app to play an increasingly larger role in computing.

In this article: browser, chrome, chrome69, gear, google, internet, mobile, personal computing, personalcomputing, software, web
All products recommended by Engadget are selected by our editorial team, independent of our parent company. Some of our stories include affiliate links. If you buy something through one of these links, we may earn an affiliate commission.