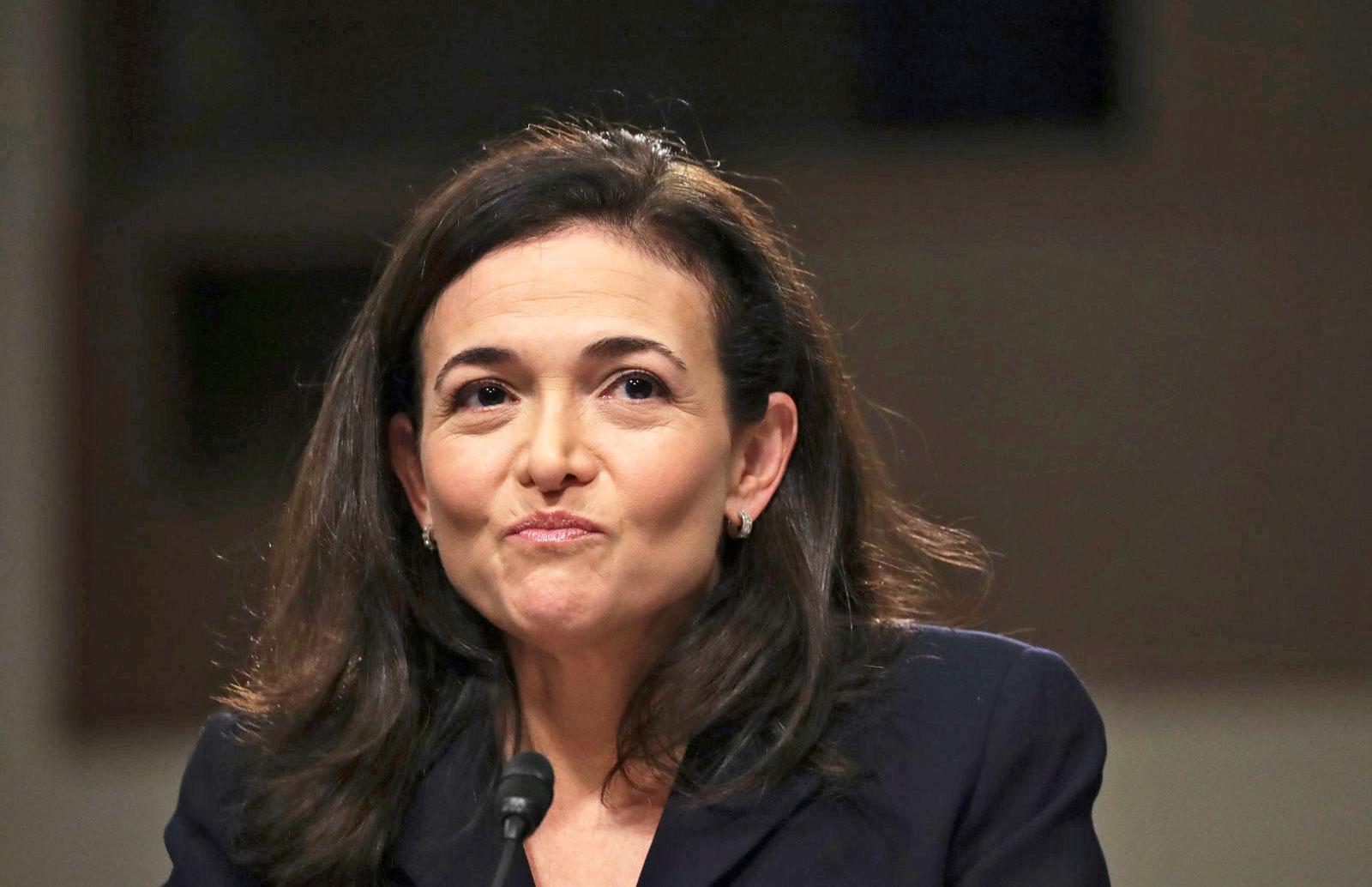 Facebook COO Sheryl Sandberg and Twitter CEO Jack Dorsey testified before the Senate Intelligence Committee today, addressing social media's role in election meddling and their platforms' efforts to combat it. When discussing misinformation, Sandberg described Facebook's use of fact checkers, saying that once third-party fact checkers mark a story as false, the platform then shows related articles next to the original in order to provide readers with additional and more factual coverage. But her choice of words was rather telling. "If it's marked as false we dramatically decrease the distribution on our site, we warn you if you're about to share it, we warn you if you have shared it, and importantly we show related articles next to that so people can see alternative facts," she said (emphasis added).

Of course, the phrase "alternative facts" gained notoriety in early 2017 when Kellyanne Conway, counselor to the president, used it to refer to an inaccurate statement made by former White House Press Secretary Sean Spicer. Spicer said that President Trump's inauguration ceremony drew "the largest audience to ever witness an inauguration, period," and when pressed about the claim later, Conway said on Meet the Press that Spicer was giving "alternative facts" about the attendance numbers.

Sandberg may have meant something more like, "additional information," but that she instead said "alternative facts" highlights part of the problem with Facebook's largely hands-off approach to fake news. The company has put on a very public show of looking like it's fighting misinformation on its website over past months. Since the 2016 presidential election it has taken a number of steps to try to stem its spread including demoting news deemed false by fact checkers, banning fake news websites from generating ad revenue, blocking ads that link to fake news stories and prohibiting Pages that spread fake news from advertising. It has also written multiple blog posts about its efforts, highlighted its work in numerous Congressional hearings and even put out a short film about its fight against fake news.

But for all of its work to make false stories less visible on its platform, what Facebook hasn't done is actually taken fake news head on. And it probably won't anytime soon. The company has said over and over again that it won't " take down false news," is uncomfortable determining which news sources are trusted and as Sandberg reiterated today, doesn't believe it should be "the arbiter of what's true and what's false." Instead, its approach has been to largely let its users sort out what's real and what's not, while being one of the largest disseminators of news in the world.

It has concocted this public and elaborate "fight" against the scourge that is fake news, while at the same time refusing to take responsibility for its role in spreading it. 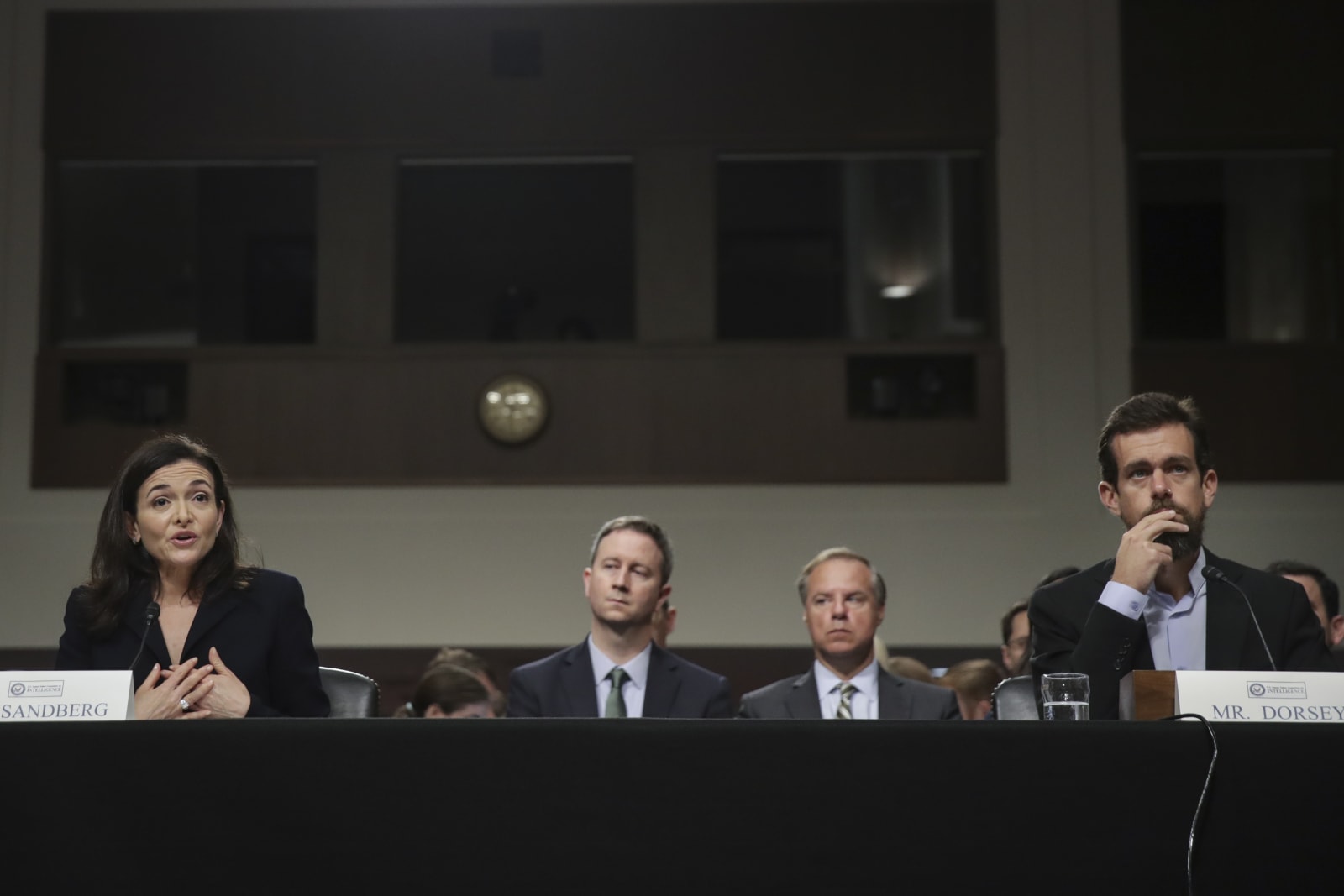 There have been plenty of high-profile instances where Facebook has openly advocated for keeping misinformation on its platform in recent months. Earlier this year, Facebook was criticised for continuing to host content from InfoWars -- a site that has touted a number of conspiracy theories including repeated claims Sandy Hook was a hoax. And in response to those criticisms, Facebook said that its platform was a place for all voices. CEO Mark Zuckerberg also said that he believed Holocaust deniers shouldn't be removed because he didn't think they were "intentionally getting it wrong," though he later walked back that statement. Further, The Guardian reported last year that Facebook specifically told its moderators to leave Holocaust denial content on the platform, even in countries where it's outlawed.

Now, Sandberg has labeled the factual sources Facebook offers next to false news items as "alternative facts" -- a term that has become an infamous euphemism for lies and is in its essence absolutely meaningless. There are facts and there is fiction; alternative facts do not exist. The term's use is confusing not only in regards to Facebook's fight against fake news but also for the readers to which it's supposedly trying to help provide factual information. Can readers trust that those sources are factual when they're being called "alternative facts?" Is that phrase meant to subdue objection from those that might take offense to their preferred outlet being dubbed fake? It's unclear, but using that phrase takes Facebook's reluctance to remove false news to a new level, conflating what's true and what's not with two simple, empty words.

Because Facebook has shown that it's willing to label some news as false, but that it's unwilling to remove that decidedly false content from its platform, it's hard to say that the company is really fighting fake news. Its efforts are half-hearted at best, which makes its very public declaration against misinformation rather baffling and hard to believe. And Sandberg's statement has made Facebook's position on fake news all the more confusing.

Maybe Sandberg simply misspoke and she didn't actually intend for her statement to mirror what that phrase has come to represent. Or maybe Facebook is telling us yet again that truth doesn't really matter and being a home for all voices no matter how maliciously false is more important than actually purging its site of misinformation.

In this article: alternativefacts, congress, editorial, entertainment, facebook, FakeNews, gear, hearing, internet, SherylSandberg
All products recommended by Engadget are selected by our editorial team, independent of our parent company. Some of our stories include affiliate links. If you buy something through one of these links, we may earn an affiliate commission.