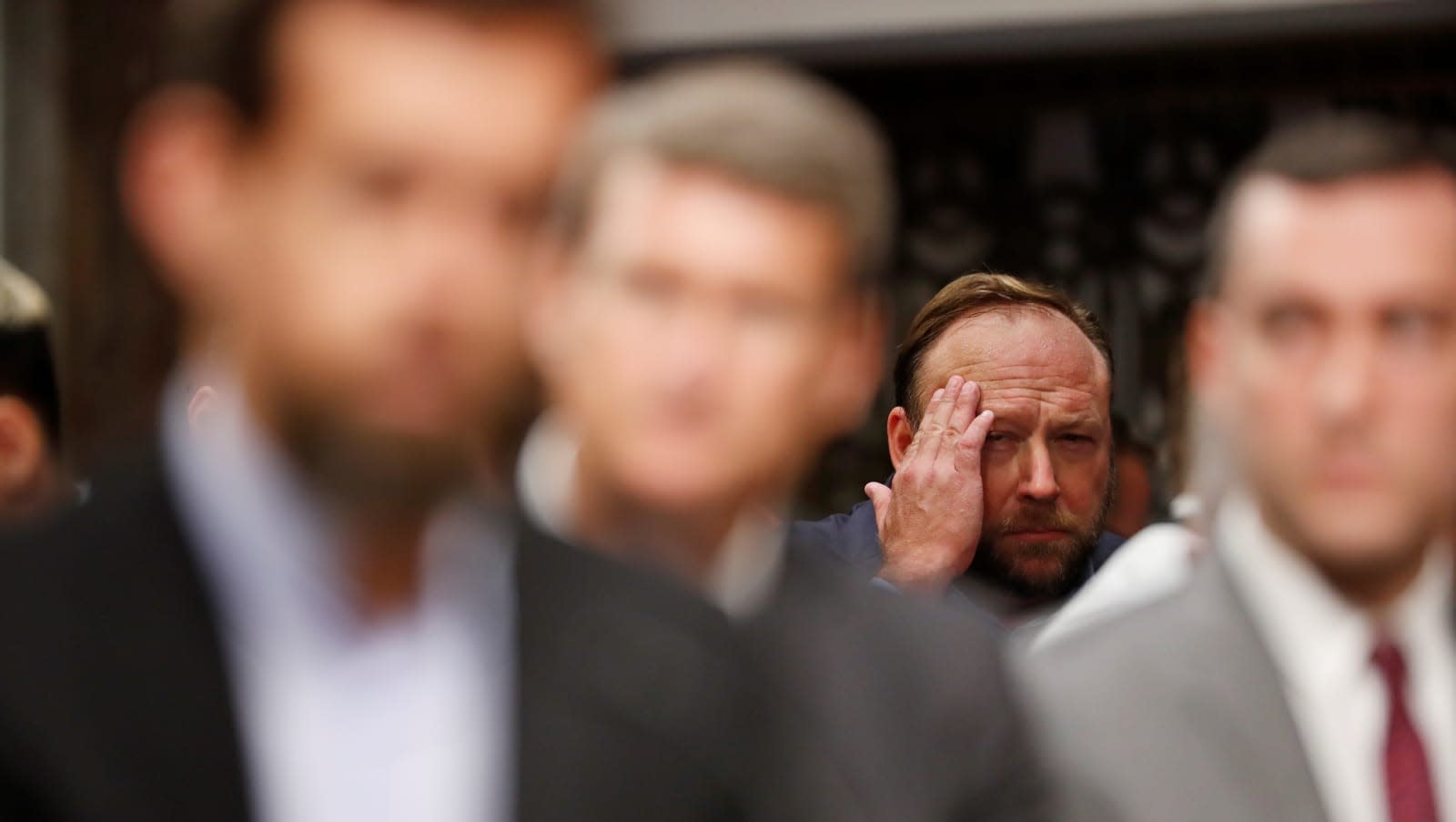 All efforts to save @RealAlexJones and @InfoWars from themselves have failed, and you can blame Jack Dorsey for that. Whether or not he intervened in applying a seven-day suspension for rulebreaking tweets (the company denies it) he's successfully undermined the values Twitter claims to hold high.

A month ago, when YouTube and Facebook took action against the accounts, Dorsey said: "We're going to hold Jones to the same standard we hold to every account, not taking one-off actions to make us feel good in the short term, and adding fuel to new conspiracy theories."

So how'd that work out? Twitter claims justification for the ban comes from tweets and videos posted yesterday targeting CNN reporter Oliver Darcy. Unfortunately, we won't ignore the fact that this action occurred within 24 hours of its CEO being personally exposed to Jones' outrage. If Twitter wants to show, as Jack told Congress yesterday, that "Impartiality is our guiding principle" then it's difficult to imagine a more spectacular example of failure.

I want to start by making something clear: we don't consider political viewpoints, perspectives, or party affiliation in any of our policies or enforcement decisions. Period. Impartiality is our guiding principle. Let me explain why. 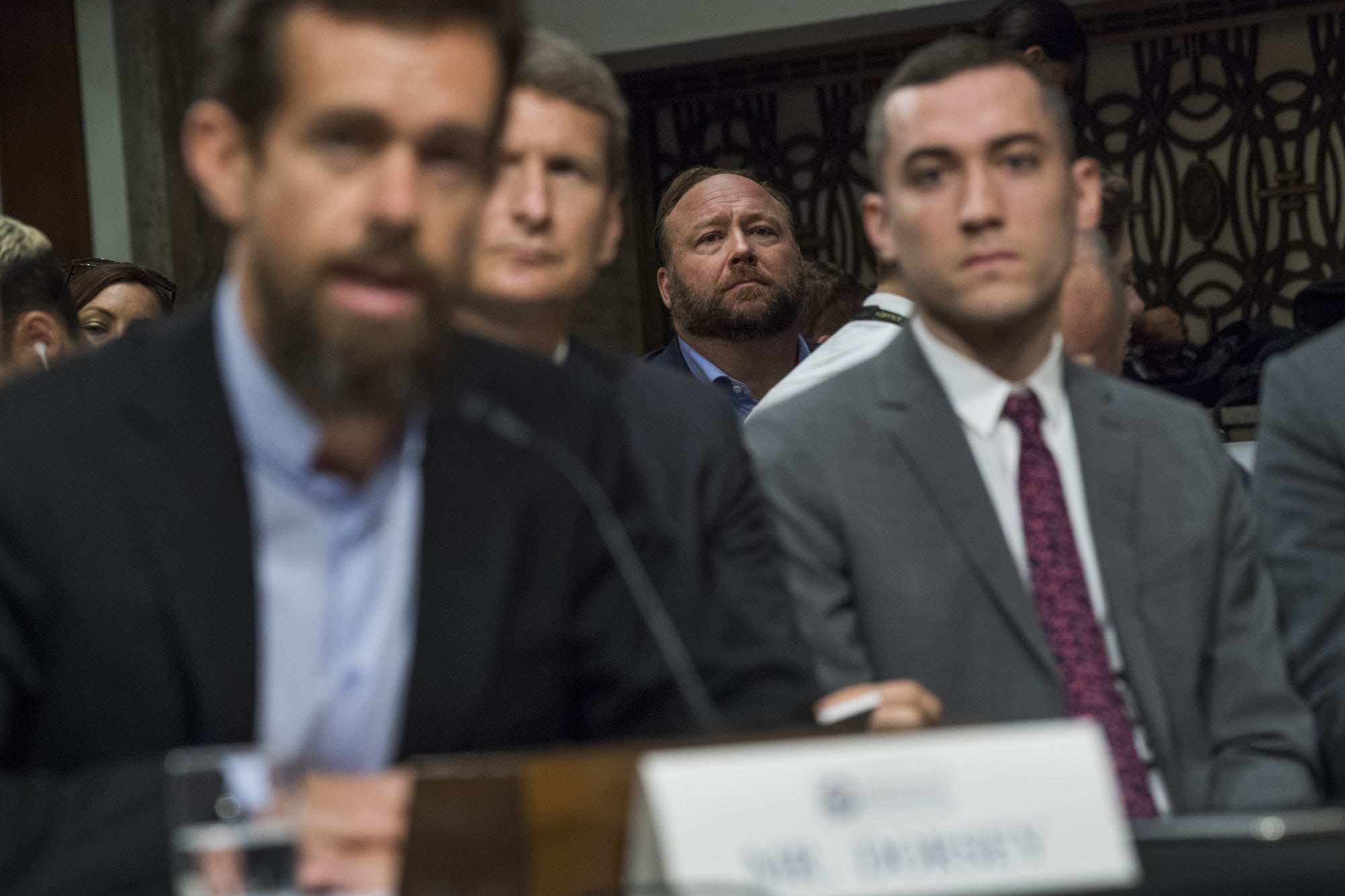 Losing his Twitter and Periscope accounts will not remove Alex Jones from the internet, as his websites and apps continue to be available. Among his supporters, whether Twitter banned him now at some point in the future or had done it years ago, it would probably have little impact on their response. Censorship! Bias! Authoritarianism! -- the list of what it always will be when such decisions go against their chosen leaders. But there's another group that can't ignore the circumstances: everyone targeted by InfoWars.

For years, Jones and those aligned with his network have seen little, if any, pushback on their vitriol and bigotry -- as it was directed at bereaved parents, or any other victim they could find on the "wrong" side of politics. Around 80,000 people activated a list blocking all Fortune 500 companies in protest of Twitter allowing InfoWars to use its megaphone, but that wasn't enough either.

The inescapable truth, is, that once Twitter's CEO got within reach of the conspiracy theorist, the violations -- which Twitter had already admitted broke its rules -- became a bannable offense. If only it had the same response when it was someone else at risk of being doxxed, assaulted or threatened by that very same crowd.

The sadly predictable ending to this mess gives little satisfaction to anyone, and tees up Twitter for another round of criticism at the hands of "conservative" politicians who want to increase government regulation. I don't know how Dorsey will try to counter any charge that his personal experience with Jones outside the Senate building influenced this ban. But I do have ideas about how he could've avoided it in the first place, and what is necessary to make Twitter "freer and healthier for all to participate."

Enforce your rules, even and especially when it may anger some of your powerful friends. Line up a few tough questions for people who argued against taking a moral standard on issues like white supremacy, or at least ask them to provide evidence that "martyrdom" is the inevitable outcome of ejecting an outspoken critic.

Twitter isn't the town square Dorsey calls it, and it never was. As the actress Felicia Day tweeted "A coffee shop would be expected to throw out racist abusers and harassers for the benefit of their customers." Social networks have the same responsibility, and an outsized level of potential positive impact -- if they're ever brave enough to take action.