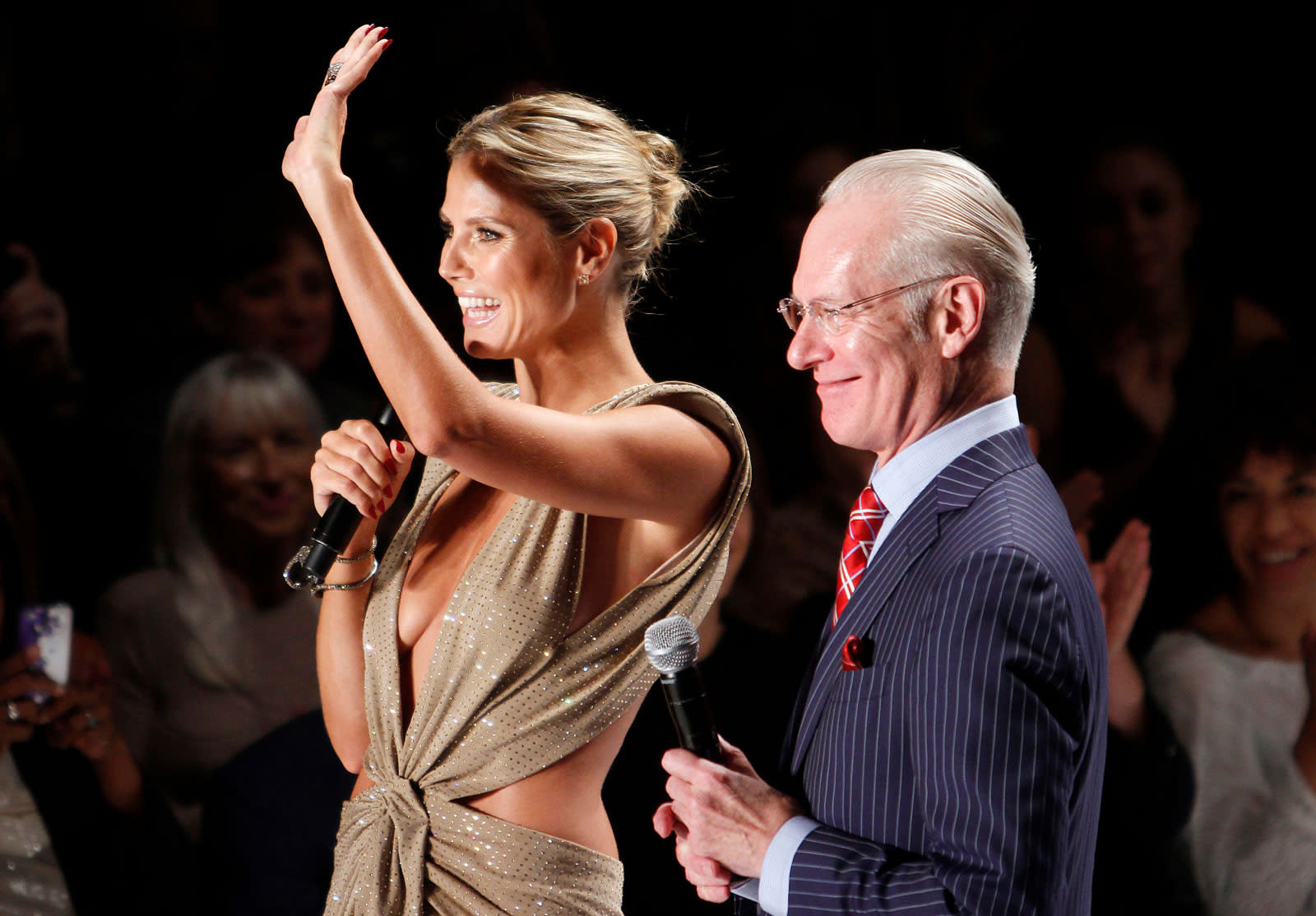 Project Runway is set to return to its original network, Bravo, after 11 seasons on Lifetime, but when it does, it will be without stars Heidi Klum and Tim Gunn. Instead, the two will be working on a new fashion-focused series for Amazon Prime Video. The duo will develop, produce and headline the series, according to Deadline.

"Heidi Klum completely changed the television landscape by developing a competitive reality fashion series that was unproven and different from what was popular on-air," said Amazon Studios head Jennifer Salke. "The show became wildly successful, and in turn Klum and Tim Gunn have become an iconic pop culture duo. Their drive to deliver fashionably entertaining, engaging and trendsetting content speaks for itself, and we believe their next iteration in this space will find an even larger audience on our global Prime Video runway."

There aren't a lot of details about the upcoming series yet, nor is there a release date. But Amazon said it "will continue Klum and Gunn's 14-year relationship and a commitment to making fashion accessible to a wide audience," and Amazon Fashion will create a "shoppable experience" for viewers. Amazon's fashion efforts have included its Prime Wardrobe service, its own fashion labels and style-geared gadgets like the Echo Look.

"After 16 incredible seasons, I am saying 'Auf Wiedersehen' to Project Runway, a show that I was honored to host and help create," said Klum. "I'm most excited that my journey with my dear friend and colleague, Tim Gunn, is far from over. We will be partnering with Amazon for a new show, and we're excited for everyone to see what we're designing next!"

In this article: amazon, av, entertainment, fashion, heidiklum, PrimeVideo, ProjectRunway, timgunn, TV
All products recommended by Engadget are selected by our editorial team, independent of our parent company. Some of our stories include affiliate links. If you buy something through one of these links, we may earn an affiliate commission.