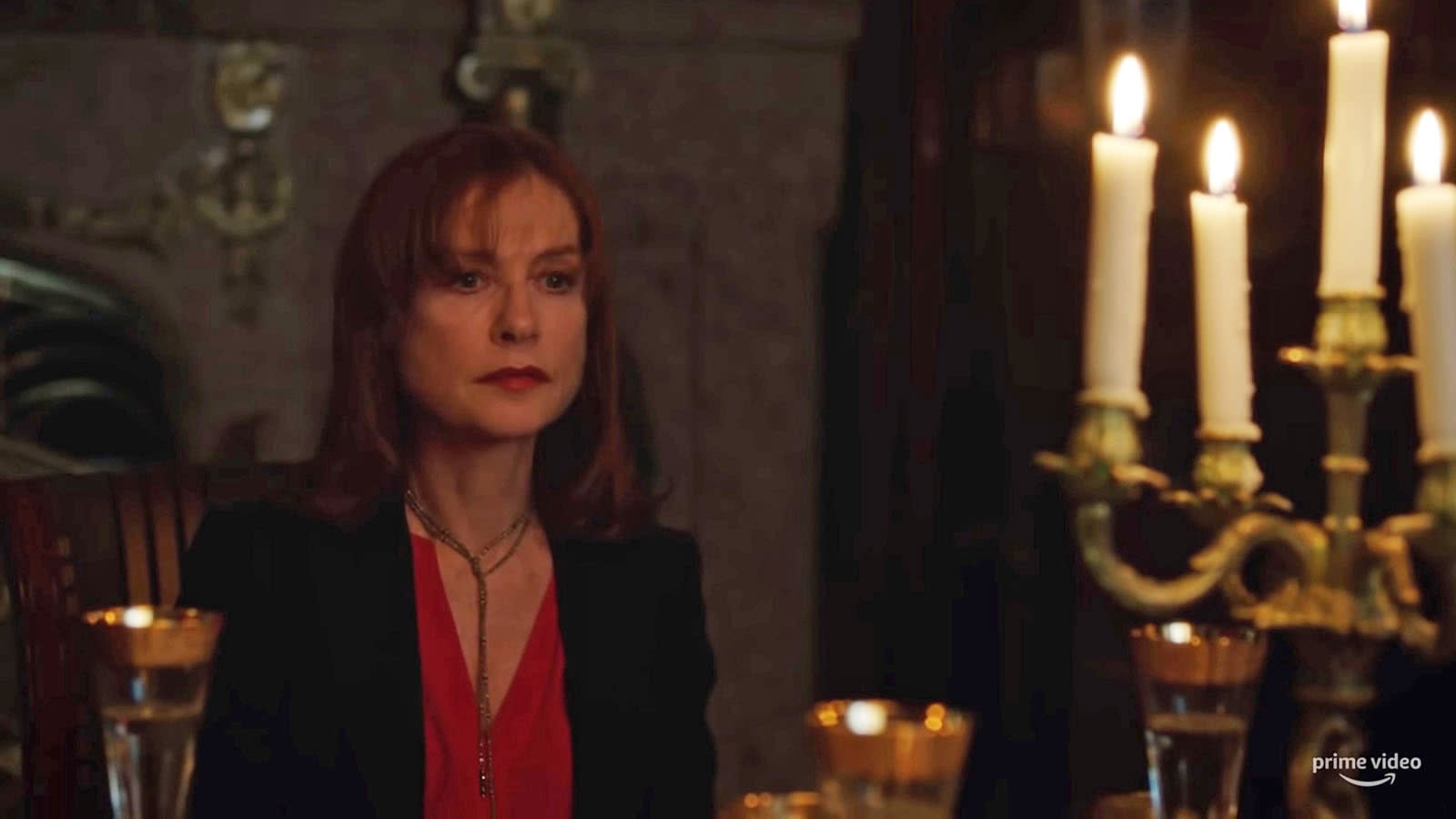 Amazon has unveiled the first official trailer for one of its most anticipated series, The Romanoffs. Created by Mad Men's Matthew Wiener, the anthology drama of eight separate stories has an all-star cast including Isabelle Huppert (above), Aaron Eckhart, Diane Lane, John Slattery and Amanda Peet. Despite the name, it's not a period piece; the series is set in modern times in cities around the globe.

It's about people who believe they're descendants of Russia's celebrated (and much-assassinated) Romanoff royal family. The characters seem stricken by various neuroses and delusions of grandeur, and as you'd expect from a Matthew Wiener drama, there's a lot of zinging dialog. "There are so many people out there with your background. And I guess they're proud, but they're really fucked up," says Kerry Bishé's character. "You'd think that royal blood dilutes over time. But the poison survives," adds another.

The Amazon Prime series debuts on October 12th with two episodes. In The Violet Hour, set in Paris, starting Eckhart, Marthe Keller, Inès Melab and Louise Bourgoin, "an ancestral home holds the key to a families future," the tagline notes. The Royal We, meanwhile, stars Corey Still, Bishé, Janet Montgomery and Noah Wyle. If you've missed the great acting, neuroses and imposter syndrome themes of Mad Men, this looks like your jam.

In this article: amazon, AmazonPrime, Anthology, av, entertainment, IsabelleHuppert, MatthewWeiner, Series, Streaming, TheRomanoffs
All products recommended by Engadget are selected by our editorial team, independent of our parent company. Some of our stories include affiliate links. If you buy something through one of these links, we may earn an affiliate commission.