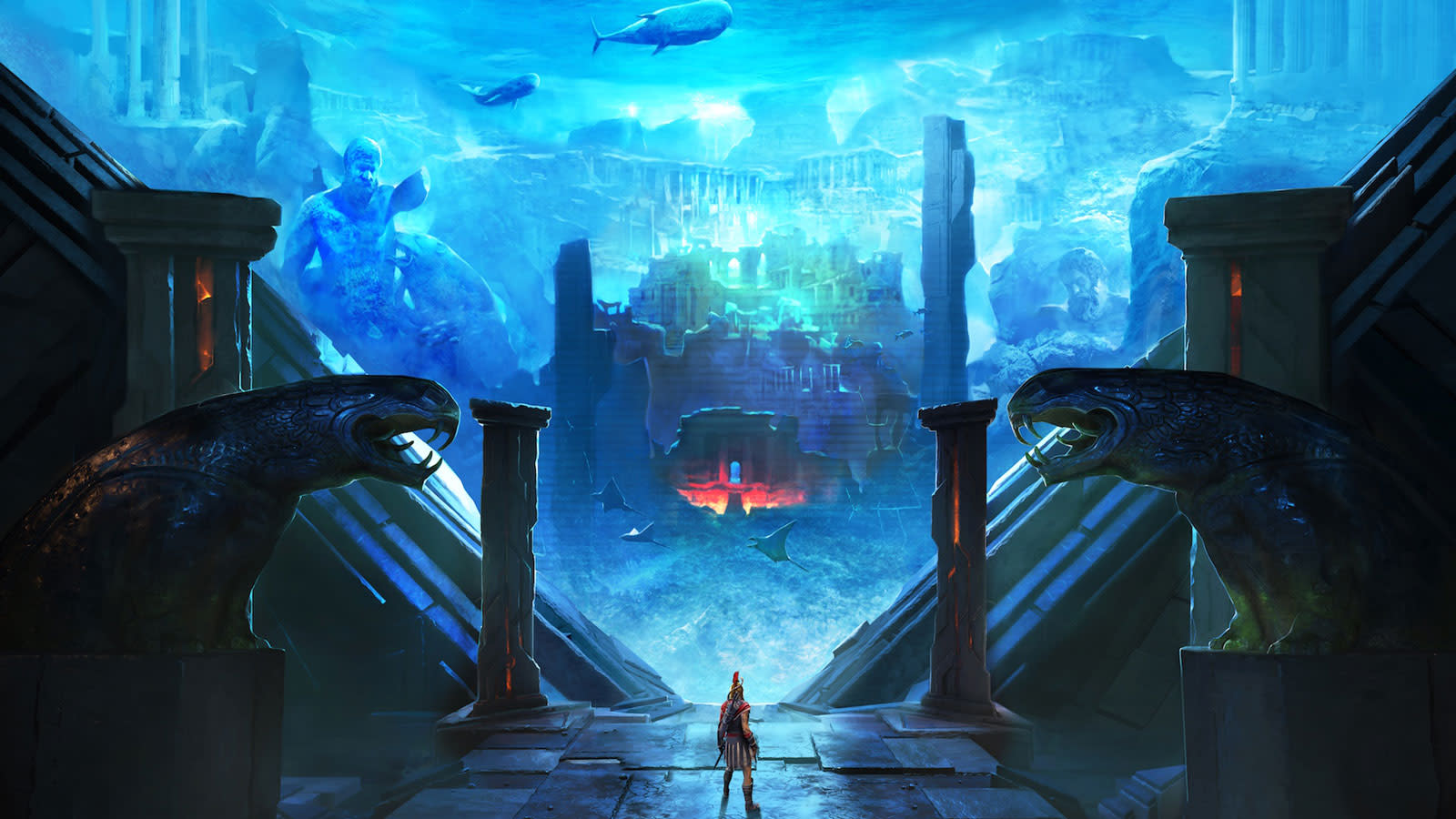 Of course Assassin's Creed: Odyssey will have a season pass. The first add-on pack will drop sometime in December, according to a post on the UbiBlog, with "two major new story arcs told across multiple episodes." Each episode will land six weeks apart from one another, there will be three episodes per arc according to IGN and the full-on second arc will be released sometime next spring.

The first arc is dubbed "Legacy of the First Blade" and focuses on, you guessed it, the first Assassin to wield the franchise-trademark wrist-mounted, spring-loaded dagger. The follow-up is set in the fabled city of Atlantis.

If you pick up the $40 season pass, you'll also get Revolutionary-War-set Assassin's Creed III Remastered and its previously portable side-story Assassin's Creed: Liberation Remastered, both of which support 4K visuals and HDR video on PC, PS4 Pro and Xbox One X. That will be released next March, IGN writes, and the former will include all of the game's add-ons.

Ubisoft is also offering freebies for those who don't feel like paying more than $60 for the game on October 5th, like the return of the educational Discovery Tour. That's in addition to the gratis "The Lost Tales of Greece" story episodes that will drop between the premium episodes.

In this article: assassinscreed, av, gaming, pc, pcgaming, playstation, playstation4, playstation4pro, ps4, ps4pro, seasonpass, ubisfot, xbox, xboxonex
All products recommended by Engadget are selected by our editorial team, independent of our parent company. Some of our stories include affiliate links. If you buy something through one of these links, we may earn an affiliate commission.