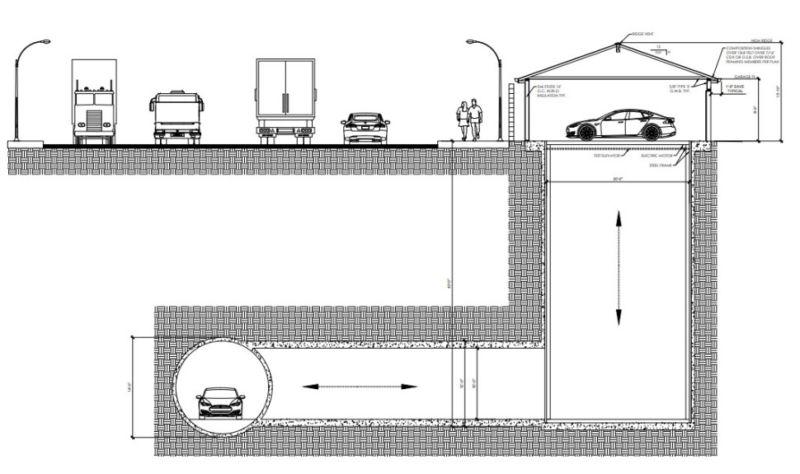 The Boring Company has some fairly grand plans when it comes to its tunnelling ambitions. It's proposed a 3.6 mile tunnel from an LA Metro station to Dodger Stadium, and it's recently been selected to build a high-speed transport link in Chicago. Now, it's set its sights on residential applications, and has purchased a property near SpaceX headquarters where it plans to build a private, prototype garage.

Hawthorne City Council has granted the company permission to build a shaft on the property, which would lower a vehicle underground before connecting it to a commuter tunnel, without it ever having to leave its garage. The car would be transported through the lower tunnel on electric skates, so ventilation wouldn't be a problem.

The company was granted council approval on the basis that the prototype won't be open to the public, nor affect traffic flow from the street, and it still needs to provide more detailed plans to the city before it can start building -- obviously, building under densely inhabited areas comes with a huge number of regulations. Still, its success here would be a big stepping stone for the company, giving its currently large-scale work applications for the average Joe. Who wouldn't want a Batman-style underground garage?

In this article: BoringCompany, car, ElonMusk, garage, Hawthorne, shaft, SpaceX, tomorrow, transportation, tunnel, vehicle
All products recommended by Engadget are selected by our editorial team, independent of our parent company. Some of our stories include affiliate links. If you buy something through one of these links, we may earn an affiliate commission.