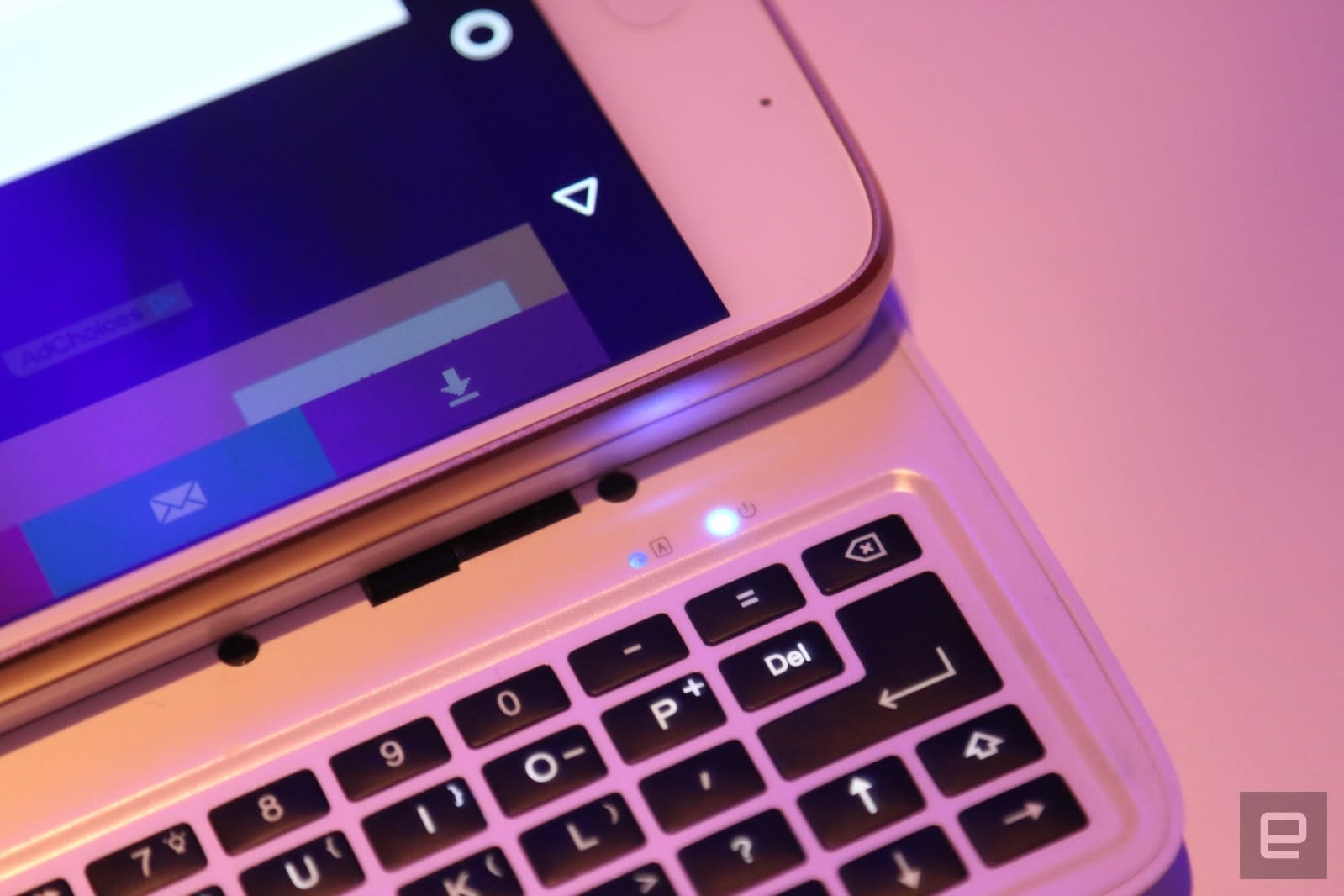 More than a few companies tried burying bad news during yesterday's Apple keynote. The latest to come to light is a tough blow for fans of physical keyboards: Livermorium announced that it's ending work on its Moto Mod keyboard. In an update on its IndieGogo page, the company writes that it can't scrounge up any interest in selling the accessory, largely due to the Moto Z being "extremely unpopular in most places."

Livermorium also can't muster the funds to source the parts needed to enter full production. The gulf between the amount of components it can afford and the minimum order amount is wide, and without securing outside funding, Livermorium won't be able to bring the project to market as planned.

The Indiegogo update goes into great detail explaining the decision, but the tl;dr is it didn't make sense to keep going down this path. "We cannot keep supporting a product which has no financial interest elsewhere and still increasing cost everyday to get it produced."

However, just because it's on Indiegogo doesn't mean you'll lose the funds you pledged. The company will honor full refunds for those who haven't received theirs yet, or, you can stick around for its replacement project: a "High-end and Premium Landscape Slider Smartphone." The firm started developing this, codenamed "Q-device," in parallel to the keyboard mod, and doesn't have many details to share at the moment.

There's room for niche phones, sure, but it doesn't seem like people are exactly running down the streets screaming for one with a physical keyboard. Well, unless they're BlackBerry devotees, and even then, it's not like the KEY2 doesn't exist.

While it isn't the scale of Google shuttering Inbox or the announcement that the CEO of Engadget's parent company, Oath, will leave before 2019, this is unfortunate news for at least a few people nonetheless.

In this article: android, crowdfunding, gear, indiegogo, livermorium, mobile, qdevice
All products recommended by Engadget are selected by our editorial team, independent of our parent company. Some of our stories include affiliate links. If you buy something through one of these links, we may earn an affiliate commission.