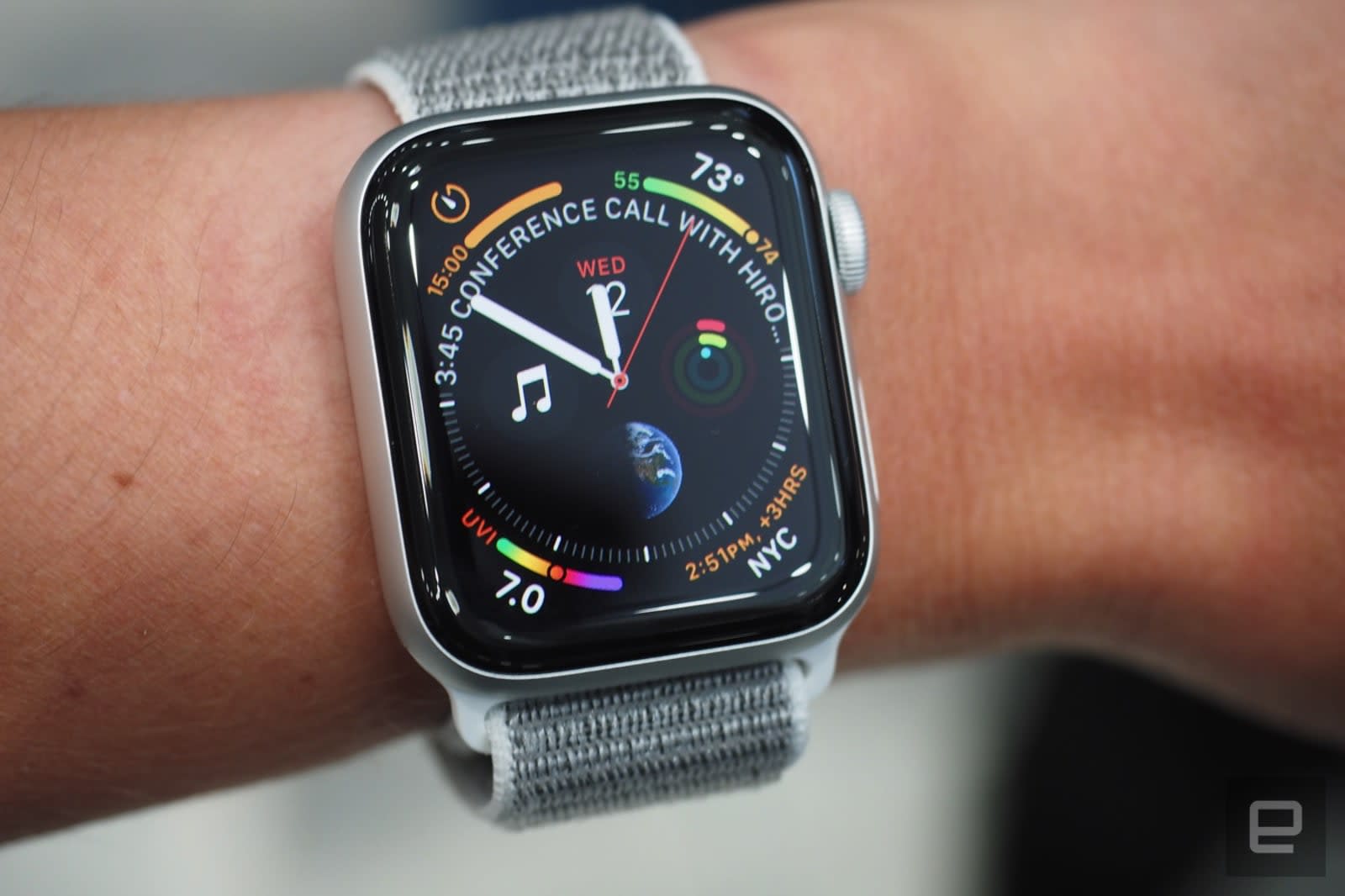 If you were scrambling to buy the latest Apple Watch out of concern that Trump's next round of tariffs could lead to price hikes, you can likely relax. Bloomberg sources have claimed that the new tariffs don't affect a technology category that covers many of Apple's products, including the Watch, AirPods, the HomePod and Beats headphones. This is also likely to exempt comparable products from other companies, such as Fitbit's activity trackers and Sonos' speakers, but the scoop only mentioned Apple's by name.

It's uncertain what would prompt the exception, although Apple had staunchly opposed the earlier proposal. It sent a letter to Trade Representative Robert Lighthizer warning that the tariffs could increase costs, raise prices and put it at a "disadvantage" to some foreign competitors. Apple chief Tim Cook dined with Trump in August, but it's not certain if anything resulted from that meeting.

The Trump administration is expected to list its new tariffs within the next few days, possibly as early as September 17th. If they do include an exception for companies like Apple, though, Trump's dismissal of Apple's objections won't amount to much. The company might just get what it wanted all along, even if other American firms aren't so lucky.

Update: The new tariffs are official, and the leak was accurate: certain tech products like smartwatches aren't affected by the new measures.

In this article: airpods, airport, apple, applewatch, av, beats, china, donaldtrump, gear, homepod, mobile, personal computing, personalcomputing, politics, presidenttrump, tariff, tariffs, timecapsule, trump, wearables
All products recommended by Engadget are selected by our editorial team, independent of our parent company. Some of our stories include affiliate links. If you buy something through one of these links, we may earn an affiliate commission.