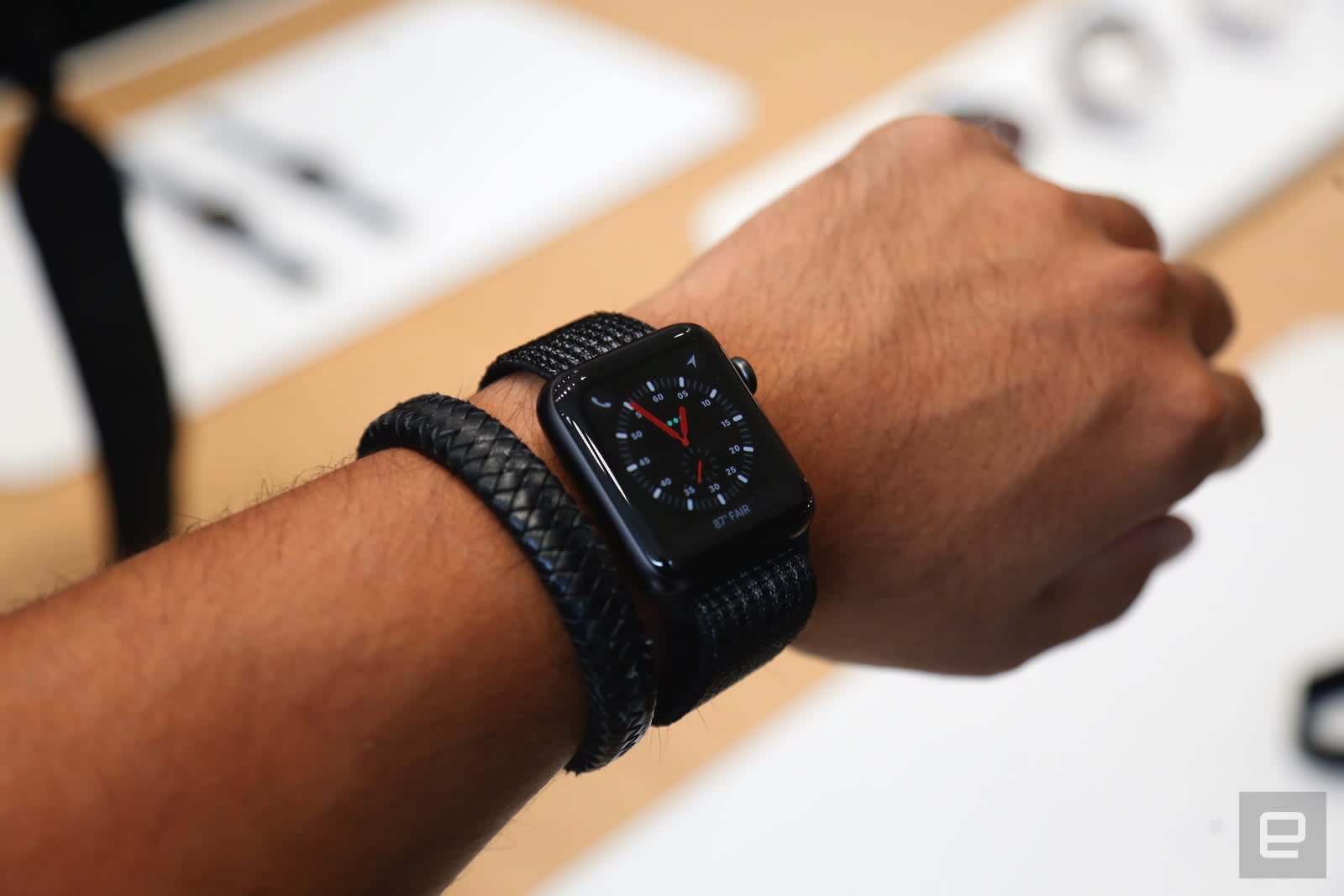 Some wearables and smart speakers could soon face a price increase because of US tariffs on Chinese goods, according to US Customs and Border Protection classifications. Reuters reported that Apple Watch, Fitbit devices and some Sonos speakers fall under a "data transmission machines" subheading in a list of 6,000 tariff codes proposed earlier this month.

Customs rulings specifically declare that Apple Watch; Fitbit Charge, Charge HR and Surge; and Sonos Play:3, Play:5 and SUB fall under that subheading. The most recent list of tariffs relate to $200 billion worth of goods and are in a public comment period. If they go into effect in the fall, there could be a 10 percent tariff imposed on all those products.

Apple, Fitbit and Sonos most definitely won't want to eat that cost, so if the tariffs take effect, it's likely their devices will see a price hike, with consumers getting hit in the pocket. In its S-1 filing earlier this month as Sonos prepares for its IPO, the company warned that "the imposition of tariffs and other trade barriers, as well as retaliatory trade measures, could require us to raise the prices of our products and harm our sales."

The tech industry as a whole is wrestling with increased costs because of the trade war with China. Tesla has moved to combat tariffs by raising prices in China.

President Trump has been accused by a Consumer Technology Association vice president of targeting select products and companies with the tariffs. According to the New York Times, Trump recently told Apple CEO Tim Cook that the government would not impose tariffs on iPhones made in China -- the president switched from Android to Apple's smartphone last year.

However, the Apple, Fitbit and Sonos devices may not all still fall under the "data transmission machines" subheading. Some of the products have new models that could have a different classification. Otherwise, there are three ways out of the tariff for the firms: try to get the code nixed from the list during the public comment period, apply for an exclusion, or attempt to get their devices reclassified under a code not on the list.

In this article: apple, applewatch, business, china, fitbit, gear, government, politics, sonos, tariff, tariffs, trump
All products recommended by Engadget are selected by our editorial team, independent of our parent company. Some of our stories include affiliate links. If you buy something through one of these links, we may earn an affiliate commission.