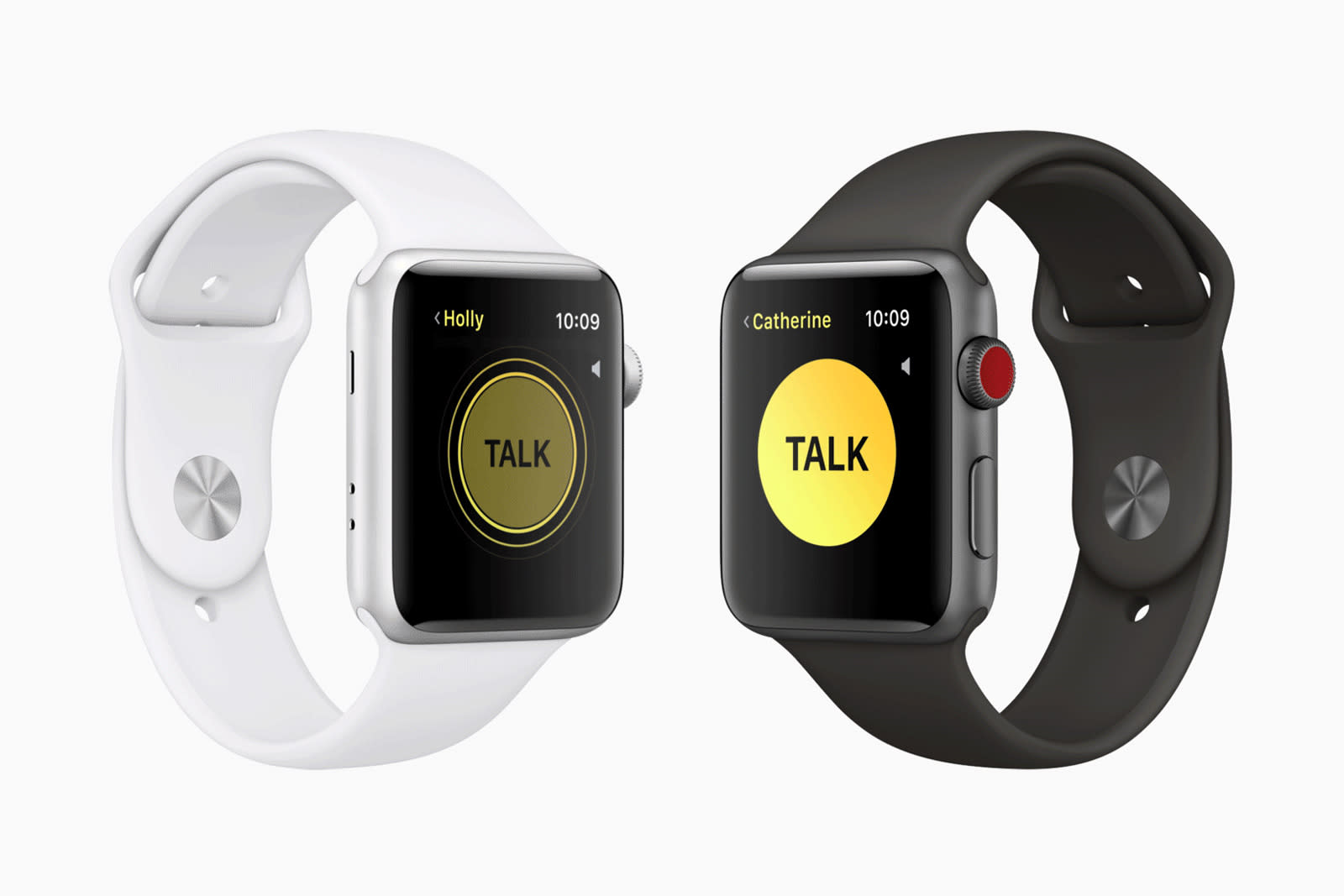 If you have an Apple Watch and aren't determined to buy Series 4, your upgrade is here. Apple has released watchOS 5 right on schedule, promising big updates to fitness and Siri as well as a few apps that were arguably overdue. You now have automatic workout detection , competition with friends, advanced run tracking and expanded workouts that include hiking and yoga. Siri, meanwhile, no longer needs to wait for "hey Siri" when you raise your wrist, and the Siri watch face both provides more info (including Siri Shortcuts) and third-party app support.

Other prominent updates include a native podcast app, a Walkie Talkie app (above) for back-and-forth voice chats and interactive notifications. Your watch can even serve as a student ID card with schools that support it, such as Duke, the University of Alabama and the University of Oklahoma.

The update is available through the Watch app on your iPhone under General > Software Update. As is often the case, expect this to take a while -- you won't want to do this right before a workout. Your iPhone automatically backs up the Apple Watch, too, so you shouldn't be in too much trouble if anything goes wrong. Just remember that this is the first update that won't run on original models.

This, iOS 12 aren't the only major upgrades rolling out Apple's door, either. You can also expect an Apple TV software update with Dolby Atmos audio support, while a HomePod upgrade lets you start phone calls, set multiple timers, issue Siri Shortcuts and search for songs by their lyrics. All told, you'll have plenty of updating to do if you're deeply invested in Apple's ecosystem.

In this article: apple, appletv, applewatch, gear, homepod, mobile, smartwatch, watchos, watchos5, wearables
All products recommended by Engadget are selected by our editorial team, independent of our parent company. Some of our stories include affiliate links. If you buy something through one of these links, we may earn an affiliate commission.