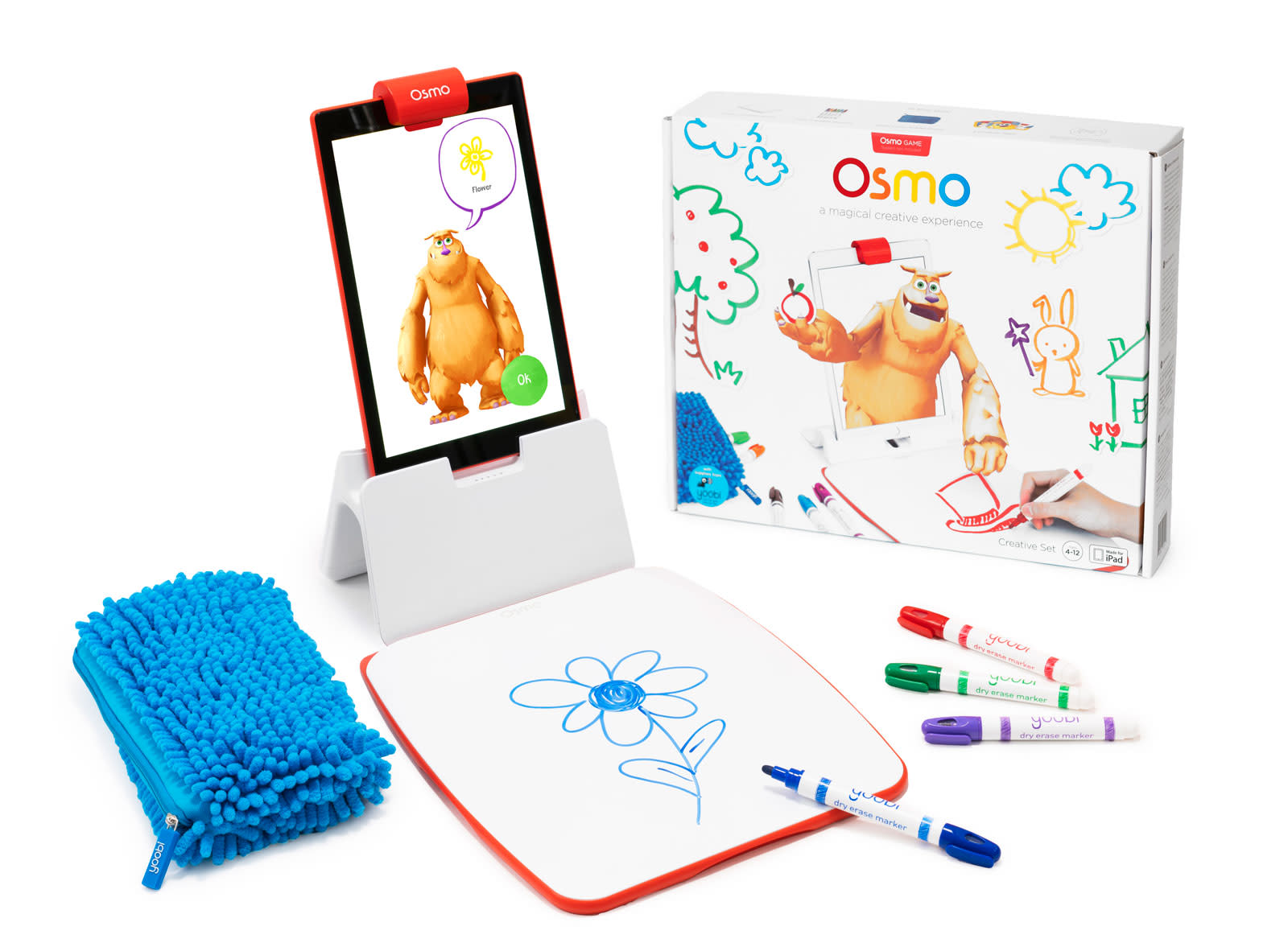 More than two years since its launch as an iOS exclusive, Osmo's kids' learning system is finally coming to Android by way of Amazon's Fire tablets. For the uninitiated, the kits use reflective AI tech, fitted to your slate's camera, to integrate physical objects into a digital environment. Using Lego-style blocks, tiles, and good ol' pen and paper, children can interact with the onscreen characters to complete objectives in an open-ended world. The more creative you get in the real-world, the bigger the digital rewards.

Osmo says its games are teaching kids how to code in over 30,000 schools, and the lower-priced Amazon Fire tablets (some of which cost less than the $80-$100 kits themselves) should open it up to even more young 'uns. You can pre-order both the Osmo Genius Kit and Creative Kit starting today -- both of which work on Amazon's Fire 7, Fire HD 8 and Fire HD 10 tablets -- giving you access to games like Numbers, Words, Tangrams, Newton and Masterpiece, and Monster.

There's also support for the relatively fresh Disney Super Studio add-on ($19.99) that lets you draw Mickey and Friends, Disney Princesses and The Incredibles. That leaves just a couple of notable absences: the Hot Wheels Mindracers set and the musical Coding Jam kit -- but Osmo is promising more titles soon.

In this article: amazonfire, design, gear, osmo
All products recommended by Engadget are selected by our editorial team, independent of our parent company. Some of our stories include affiliate links. If you buy something through one of these links, we may earn an affiliate commission.