The game welcomes the Champions League as it waves goodbye to Alex Hunter.
E. Alvarez|09.19.18
@abcdedgar

I've always tried to love FIFA and Pro Evolution Soccer equally, though there are years when one franchise wins me over the other -- even if it's by a tiny bit. You can always count on the game mechanics of Konami's PES to be a pleasure to play, but EA Sports' advantage with FIFA has been that it owns the official licenses to the biggest clubs and players. I don't know about you, but I'd rather play with Manchester United than Man Red. This year, the most important change to FIFA 19 is the addition of the UEFA Champions League, Europe's premier club competition, which had featured on PES since 2008. EA Sports didn't need the Champions League to make FIFA great, but it was basically the only thing it was missing. And now, at the expense of PES, it's finally here.

It wasn't long ago that FIFA went through another major change. In 2016, EA Sports introduced "The Journey", a story mode for FIFA 17 which brought a whole new dynamic to the franchise. For the first time, football (er, soccer) fans could play the narrative of Alex Hunter, a fictional character who you have to guide through his professional career. With the Champions League at its disposal, it's not surprising that EA Sports is now making the tournament a major part of Hunter's story in FIFA 19. Naturally, you don't get to play in the Champions League right away. 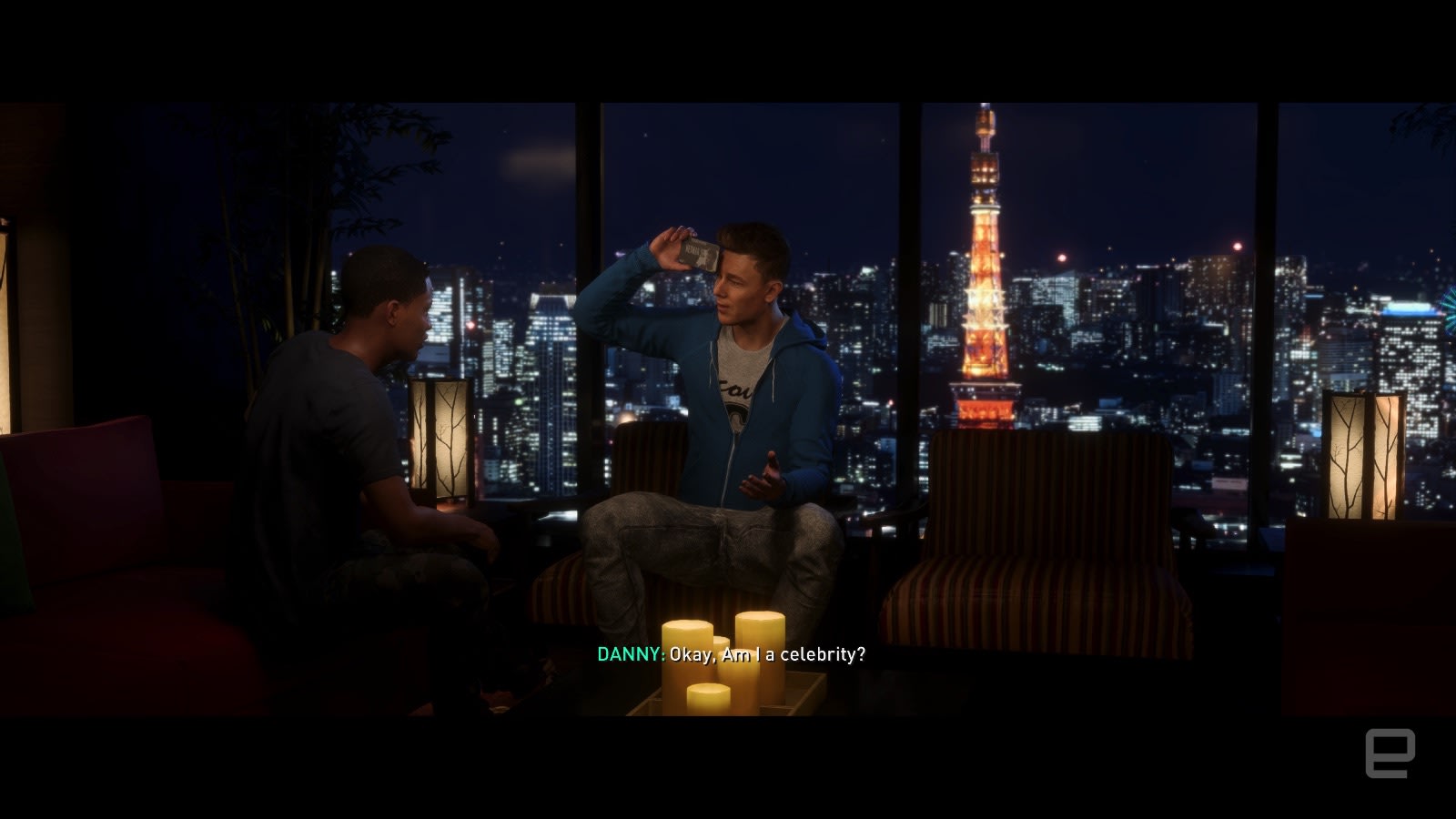 "The Journey: Champions," as the story mode's new season is aptly named, picks up where Hunter left off in FIFA 18 -- getting a call from someone who tells him that big things are ahead. After having success in MLS, Hunter (aka you) must decide whether he wants to play for Atletico Madrid or Bayern Munich but don't worry because you won't be at either team for long. After all, EA Sports made it pretty clear that Hunter's destiny was to play for Real Madrid. As it turns out, the person who called him at the end of last season is one of the biggest player agents in the world, and she manages to get Hunter a last-minute transfer to Real Madrid.

If only Cristiano Ronaldo hadn't left Real Madrid for Juventus, I'm sure EA Sports would've loved for the narrative to be all about him and Hunter playing together. But while Real Madrid is the perfect Champions League tie-in for Hunter, The Journey in FIFA 19 isn't solely about him. You can also control the soccer career of his best friend, Danny Williams, and sister, Kim Hunter. Williams is busy trying to make it in the English Premier League, while Hunter is hoping to make it to the FIFA Women's World Cup with the US national team.

As you progress through The Journey, you can switch between these three characters (who EA calls Heroes) and play matches for their respective teams. That said, you will get a notification when EA thinks you should change who you're playing with since there is an "optimal, curated experience" that you can follow. That's important if you like to get the most out of the cinematic cutscenes in The Journey, or if you like to make important decisions for your Hero that'll determine your personality in the game. How you answer a question from, say, a journalist can affect how your coach views your attitude to the game.

You can make the Hunters or Williams be either "Cool," "Balanced" or "Fiery." I, for one, usually go with the last one because I like the people in the game to know that my player will be the best ever. For Hunter, how you choose his personality is crucial because his new flashy agent is keen on making him the next Cristiano Ronaldo. She wants to turn him into a brand -- not just for him to be a great footballer. We all know Ronaldo is the ultimate product shill, so Hunter is going to have a lot of work to do.

There are four total chapters in The Journey: Champions, but we were only allowed to write about the first two for now. That's good in a way because most everyone hates spoilers, and you should be given the opportunity to find out how Hunter's story unfolds. Especially since this is the end of it. It's unclear whether The Journey will return in FIFA 20: All EA Sports could tell me was that this is the end for Alex Hunter, but considering the success of its story mode, it wouldn't surprise me to see more narratives in future editions. 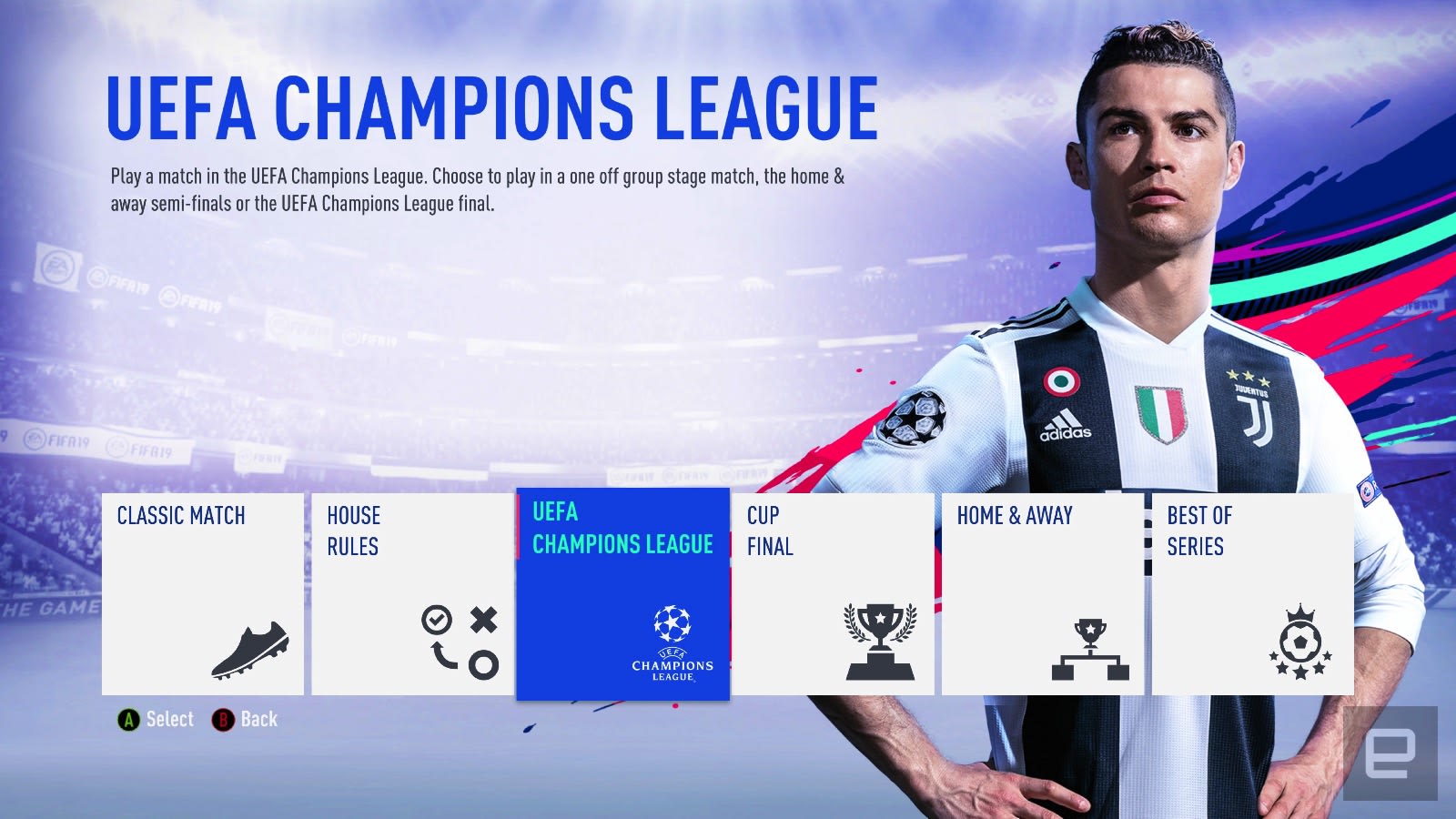 Aside from welcoming the Champions League and a new Journey, FIFA 19 builds on everything that's made it so fun to play for decades. Game mechanics are still smooth and players look more real than ever before -- seriously, my wife often thinks I'm watching an actual match on the TV. One of my favorite upgrades, however, is that EA Sports made the AI smarter, which means that defenders and goalkeepers are harder to beat. Similarly, but more importantly, the AI players on your team now make more efficient passes and are more proactive off the ball, making it easier to find them in space or when you have a defender all over you.

And if you want to play Champions League games outside of The Journey, of course, that's an option. Not only will it be embedded into career mode but you can play the tournament against friends or the AI. Hopefully, you can lift that big, beautiful trophy by the end of it.